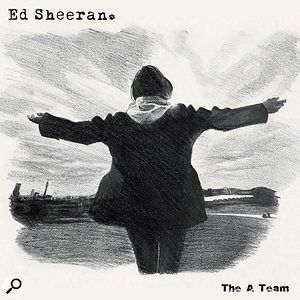 It's always a pleasure to hear acoustic music climbing the charts, if only as respite from the endstop-bashing hyperactivity of most of the more electronic productions. However, there's a lot to recommend this production in its own right, too. The arrangement is built up in an assured but tastefully understated manner, and I love the main acoustic guitar part that it hinges around. For a start, the performance steers clear of adding to the already teetering EU Unimaginitive Strumming Mountain, going instead for something that's as much rhythmic as it is harmonic — while there's just enough 'note' in there to give a sense of the chords, there's so little upper-spectrum pitch information that every detail of the vocal performance can speak across it effortlessly. It all makes perfect sense, but how many of you have ever put a guitar into your track sounding like that? Furthermore, it's great the way the performance subtly adds musical stresses to underline certain vocal syllables — "pay” at 0:27 for example.

The vocals are, of course, also of central importance, and a couple of things in particular struck me about them. The first is how the breaths form such a large part of the performance, not only supporting the impression of a 'one-take' performance, but also subtly reinforcing the rhythm. If you listen carefully you can hear how he's placing his breathing quite carefully with relation to the rhythm, which is very canny given where it sits in the balance — a lot louder than the guitar or shaker a lot of the time, in fact!

This vocal also provides a good example of a vocal with mono effects. Whether these are delay or reverb is tricky to tell (not least because I suspect their levels are being automated to keep them out of plain view), but you can definitely hear a shadow of a tail in the song's more exposed sections. The idea of using mono reverb in particular is often disregarded by many mix engineers, but this song nicely demonstrates how this approach can deliver a tightly focused and guileless sound without sacrificing blend.

One thing does bug me, though, from a musical perspective, much as it did with James Blunt's chart-throttling 'You're Beautiful' a few years back: the lead vocal line keeps dropping the ball. What I mean by this is that although the song's underlying harmonies frequently try to move the vocal somewhere more adventurous, it often seems to chicken out and scurry back in a rather unsatisfying way to the comfort of the home chord of 'A' major — in other words, it keeps 'dropping the ball' before it can take it anywhere useful. The worst occasion for me is at the lyric "things in life come free to us”, first heard at 0:54, where the harmony hits the key's dominant chord of 'E' major, only to be undermined by the singer's incongruous C#-B-A line. By so clearly anticipating the tonic chord of 'A' major, this vocal line robs the start of the next song section of a lot of its sense of arrival, based as this is on the resolution of the dominant chord into the tonic across the bar line. Now I'm sure that some people (not least the punters queuing up to buy the record) will argue that it's all part of the appeal, essential to depicting the fragile and faltering nature of the song's unnamed muse. But we'll just have to agree to differ. Mike Senior 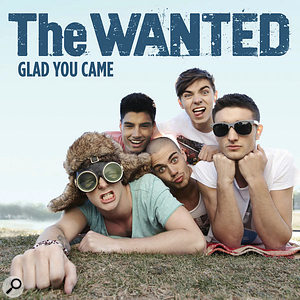 This track showcases a production principle that's so simple that you'd think it would be self-evident, but I'm constantly surprised how often budding dance-pop producers forget it: if you want clear-sounding lead vocals, try not to put thick, fizzy synths against them. In this case the most aggressive synth/accordion texture only appears three times in the track (0:19-0:34; 1:20-1:35; 2:20-2:50), where there are no critical lead vocals. Listen to any of the sections where the lead vocals are in the ascendant, and the synths are actually surprisingly muted-sounding. To get an idea of what would have been lost if the full-fat synths had let rip during those vocal choruses, check out the "glad you came” vocal hooks that appear in the final all-guns-blazing section from 2:20. If you compare these against the vocals in the chorus preceding it, it should be pretty apparent that they're considerably less clear and upfront-sounding on account of heavy frequency masking by the synths.

Now I imagine that a lot of musicians would almost instinctively have brought in those main synths for the vocal choruses at 1:05 and 2:05, in order to give those sections maximum impact, and this wouldn't just have resulted in less effective vocal transmission: the longer-term mix dynamics would also have been compromised. How would you get the following instrumental section to sound like it's building on the chorus when you've already thrown your biggest punch? As it is, the lack of the enormo-synths in the vocal chorus provides an almost tangible sense of tension — of something being held back — which serves to give an extra impetus to the synth hook when it does finally kick in properly at 1:20 and 2:20 respectively. Simple and elegant. Mike Senior 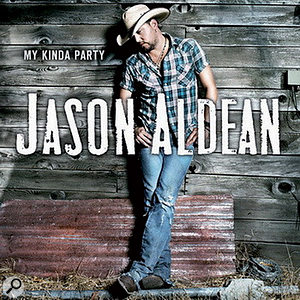 Although it's made little impact on UK listeners, this powerhouse of a country hit marks Aldean's first Top 10 Billboard Hot 100 placement, and has propelled his album up to number two in the US album charts. What impresses me most about it is the warm, laid-back power of its slick chorus backing sound. The foundation of this is the bass, which, despite excellent audibility and good small-speaker translation, actually appears to contribute almost nothing to the mix above 250Hz. As such it relies heavily on its fundamental frequency and first two harmonics, all rock-solid and consistently balanced in the mix. Of these, the first harmonic dominates, leaving space at the low end for the kick and in the low mid-range for the guitars.

And speaking of guitars, these are expertly judged too, with just enough well-controlled low end to stand on their own without the bass, but not so much that the overall mix tonality gets muddy, despite the richness of the lead vocals in this region too. At the other end of the guitar spectrum the overdrive is tastefully moderate, avoiding the classic home-studio mistake of masking the lead vocal with multiple layers of overcooked distortion hash. And finally, lurking surreptitiously behind the guitars is a very effective Hammond organ part, padding out the mid-range and high frequencies to give a smoothness to the overall tone that electric guitars will typically struggle to deliver on their own. Ahhh... It's like bathing in golden syrup! However, one thing to bear in mind is that it's not just the timbres that are responsible for this sound, but also the tuning. It's only when everything is firmly locked in tune, as it is here, that you'll get this kind of mix clarity when there are so many rich sounds trying to blend together. Let the tuning slip and that bath's full of custard instead!

Another quick point to note is that this mix clearly highlights one of the practical ramifications of panning your rhythm guitars hard left and right. Check out the second chorus (1:17-1:47), for example, and try switching it in and out of mono — Brainworx's freeware Bx_solo plug-in's great for this. You'll hear that the rhythm guitars drop a good deal in the mono balance compared with the stereo, and this is particularly well highlighted when the little central solo riffs pop up at 1:34 and 1:38, as these balance much better with the rhythm guitars in stereo than they do in mono. Mono compatibility also suffers a bit on account of a super-wide Hammond image, which again loses a lot of level when the channels are summed. All that said, however, the musical function of these parts doesn't suffer tremendously from the balance shift (none of them are carrying important hooks, after all) and the thinning of the mid-range texture makes up for the lack of stereo separation in terms of maintaining vocal clarity, so you could justifiably argue that rather than being a problem, it's actually something of a win-win situation. Mike Senior 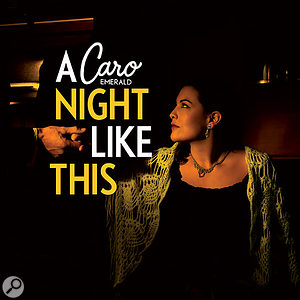 This is a bona fide masterclass in arrangement, if only on the basis of that the endlessly repeated piano figuration somehow manages not to grate on the ear too much. The first thing to point out is the way that every new section brings with it some new sonic layer, while at the same time existing layers are frequently stripped out to keep the texture from expanding to a point where the choruses start sounding small. The pre-choruses (0:39 and 1:57) are a case in point, where the marimba rolls and hummed backing vocals are offset by the removal of all the upper drum programming, leaving just the kick keeping the pulse. Comparing the two pre-choruses also reveals an additional vibes line which subtly lifts the second pre-chorus compared with the first — the whole production is full of careful little touches like that. I also love the use of ear-catching sounds and performance techniques. I've already mentioned the marimba rolls, vocal humming, and vibes, but there's also string tremolo and pizzicato, baritone sax 'burps', harp glissandi, gongs, and a vibrato-heavy Hawaian-sounding guitar solo to titillate your auricles. With so much chart-style arrangement sounding like the work of one-fingered keyboard-players, this is a breath of fresh air.

Finally, this song is simply chock full of interesting fills, providing additional momentum into all the important section boundaries — and a lot of the less important ones too! Listening to them closely, a number follow the formula of muting some important aspect of the arrangement (often the drums, bass, and/or piano) at the end of a section, and then creating some kind of transition effect into the downbeat of the following section — usually reverse cymbal or harp glissando in this track, or else a vocal/guitar pickup. This template is actually ridiculously easy to apply in any musical style, but if I had a penny for every home-studio production I've heard that's wasted such fill opportunities, I'd probably have £27.63 by now. Roughly speaking. Mike Senior