We examine the production of some recent and classic hits to help you brush up on your listening skills. 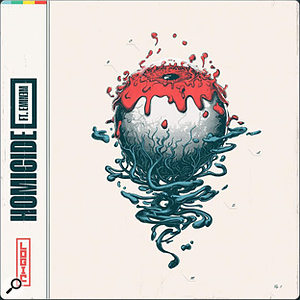 There's a certain irony in these two guys taking a pop at contrived Auto-Tuned rapping, when both of them here deliver single-breath phrases of such length that I can't believe they weren't faked in the edit. Logic kicks things off with a full 24 seconds of uninterrupted rapping without breaking a sweat, and while I respect his skills a great deal, it strains my credulity to imagine that he really did that live. Putting aside how much this might shoot the performers' authenticity in the foot, though, I'm also getting tired as a listener of trying to untangle such verbal machine-gunning. If their rhymes are honestly so important to them, then it seems counterproductive to strip out so many of human speech's natural pauses and breathing spaces, because that just makes it a chore to work out where one word/phrase starts and the next begins. Or, to put it another way: caniactuallybearsedtodecipherthissyllabicdiarrhoeaanymore?

That said, I like what they've done with Eminem's well-known "chika-chika-chika Slim Shady" catchphrase in the choruses (0:13, 1:01, and 1:39). Given that most people are likely to know the featured artist's identity before listening, the moment we hear the first "chika..." at 0:25 it sets up an expectation that Mr Mathers is about to make an entrance. However, this turns out to be a tease, because it's only after the catchphrase's third appearance that we actually get that payoff. Furthermore, the tease is heightened each time, with the second instance tripling the "chika" count, and the third adding a further five-chika rendition a couple of beats later (1:53). Mike Senior 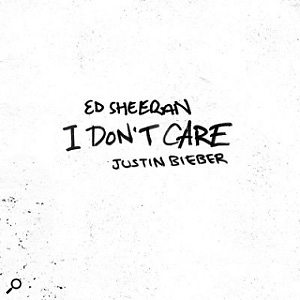 Typical! The moment I bemoan the scarcity of one-drop chart grooves (see last month's Classic Mix), Ed Sheeran supplies a corking example — and one that incidentally reminds me pleasantly of the Streets, one of my all-time favourite UK hip-hop acts. Yes, there's a lightweight snare on the downbeat, but that doesn't really take away from the wonderfully off-balance rhythmic character I associate with traditional one-drop patterns. And what makes it even better is the handful of extra downbeat emphases placed strategically throughout the arrangement: a bass fall-off flags the second half of the first double chorus (1:01), becoming a fixture for both halves of each subsequent double chorus; and the final double chorus adds a kick-drum downbeat too, as a means of increasing the rhythmic urgency.

There are plenty of other beautifully executed production touches too. For instance, the second half of that first double chorus also features an exquisite little dab of synth pad opening out the texture with a featherlight touch. This is then developed into a denser pad texture through the following choruses, interweaving with successive gossamer backing-vocal layers to build the song's long-term dynamics. There are great spot-effects too, such as the arrangement drops at 0:19 and 1:34, and the increasingly obtrusive party-ambience riser that cuts dead at 2:51 — the latter cleverly underlining the song's central lyrical message.

If you share my specialist interest in different engineers' pitch-correction styles, then there's another treat to be had here. You see, it sounds to me as if different engineers have worked on each of the lead singers, which makes for an interesting comparison. For my money, I prefer the results on Sheeran's voice — while it's scarcely less nailed to the grid than the Biebster's, it shows far less unnatural pitch-stepping and fewer synthetic-sounding artifacts. That said, you could argue that the latter's more overt pitch-processing has now become so much a part of his sonic 'brand' that it constitutes an important point of differentiation between he and Sheeran, given that the two actually have rather similar raw vocal timbres. Mike Senior 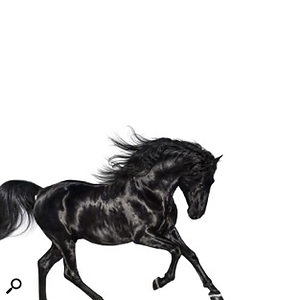 At under two minutes in length, this meme-fest is apparently the shortest song to have topped the US charts since Herman's Hermits took 'I'm Henry VIII, I Am' (or rather "Hen-er-y the eighth...") to number one in 1965. Plus it has a weird, almost palindromic structure, with a central A-B-A-B section bookended by banjo and hook sections — in other words 'banjo-hook-A-B-A-B-hook-banjo'. But the question that's given rise to greatest controversy is: what genre is it?

You see, the artist defines the style as a kind of country/hip-hop hybrid called 'country trap', and the song did initially break into both the Country and R&B/Hip-hop Billboard charts. However, Billboard subsequently removed the song from the Country chart on the basis that "while [it] incorporates references to country and cowboy imagery, it does not embrace enough elements of today's country music".

This meme-fest is apparently the shortest song to have topped the US charts since Herman's Hermits took 'I'm Henery VIII, I Am" to number one in 1965

Now, on the one hand, I'm inclined to agree with Billboard on this one. Listening to the track 'blind' without knowing its marketing or back-story, there's precious little that says country to me. You might suggest that the Nine Inch Nails banjo sample leans that way, but with different artwork you could make a pretty good case for folk, acoustic shoe-gaze, or even contemplative grunge being stylistic touchpoints. Even if we assume it's a country-style sample, I still don't think that means it should be on the country charts any more than Robbie Williams' 'Party Like A Russian' (with its quotation from Prokofiev's 'Romeo & Juliet') deserves to be in the classical charts. So what if there's a bunch of cowboy chic in the marketing, artwork, and video? Madonna's 'Don't Tell Me' had plenty of that too, and arguably more of a country sound as well, to my ears. Yes, 'Old Town Road' has a load of country references in the lyrics, but so do Lady Gaga's 'John Wayne' and Aerosmith's 'Back In The Saddle'.

On the other hand, though, what complicates matters is that 'Old Town Road' has become the torch song of the yeehaw agenda, a movement protesting the erasure of black cowboys from representations of American history and culture, which puts Billboard in a very difficult position. However defensible one might feel their decision to remove the track from the country charts was in purely musical terms, it's easy to understand how the yeehaw agenda might respond with accusations of institutional whitewashing. But if Billboard reverse their decision, they may open the floodgates to plenty of contentious claims from future artists seeking an unjustified cross-genre audience. Imagine Shawn Mendes with a BDSM makeover and an electric guitar sample launching an assault on the metal charts, perhaps. Actually, come to think of it, that'd probably be worth the price of admission just for giggles! Mike Senior 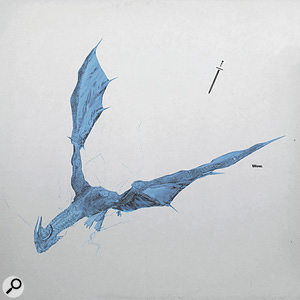 I've commented in previous columns how digital clipping is often used a means of loudness enhancement, the idea being that you flat-top your waveform peaks to achieve a higher average signal level within a fixed digital headroom. The main side-effect of doing this is distortion, so it's a tactic that you're more likely to find in beat-heavy music, where the brief bursts of distortion on drum peaks are disguised to an extent by the noisy nature of the beats themselves — the distortion alters the drum tone, but it's possible to compensate for that somewhat with adjustments to the mix itself.

Where this kind of loudness enhancement begins displaying its dirty underwear, though, is where powerful low bass energy starts pushing pitched components of the mix into the clipping region, because the distortion artifacts aren't masked as well as they are with drum hits. So, for instance, in this mix notice how the backing vocals in the chorus (0:48-0:58) are overlayed with noticeable distortion crackles. Furthermore, the distortion often happen in the left and right channels at slightly different times, so it's spread out right to the edges of the stereo picture — something that's particularly distracting for headphone listeners. Indeed, if you check out this track's Sides signal, it's crunchy as hell. That said, from an aesthetic perspective, maybe that just makes it more urban and anti-establishment... Mike Senior

Besides the launch of Sound On Sound, 1985's big electronic music event was this pioneering single, the first bona fide poster-child of vocal phrase-sampling. Sadly, though, most people only really remember its iconic retriggered 'n-n-nineteen' hook, dismissing it in hindsight to the plasticky ranks of the one-hit novelties. This is a shame, because it's impressive on a number of other levels. 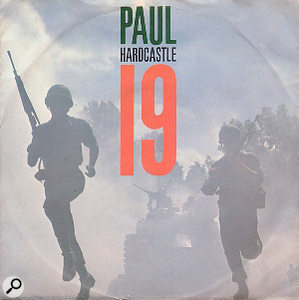 Firstly, you need to realise that, as programmed as it might sound, this isn't a MIDI production. Yes, MIDI was a new and exciting development at that time, but Hardcastle didn't actually use it here. In other words, he programmed a drum loop on his Roland TR–808, recorded that to multitrack tape, and then overdubbed everything else live on top of that, one track at a time. As a result, all the synth parts that sound like copy/paste work are actually subtle variations, which makes the end product far more organic and musical sounding than many subsequent sequenced productions. The main four-bar bass line, for example, works its way through at least seven variations, my favourite being at 2:38, when the third beat of each bar (which has always played on the beat up to that point) finally joins the kick-drum in pushing a 1/16th-note early.

In this light, you must also admire the technical achievement of synchronising the final words of the third voiceover section ("every day" at 0:52) to line up rhythmically with the bass, snare, and kick at that point. Remember that you couldn't just slide sections of audio around in an arrange window back then — I'm guessing he probably had to record in real time from video tape to multitrack as many times as it took to get it right by trial and error. Or maybe he was able to use his (extremely limited) sampler memory to trigger and overdub just those last words more in rhythm.

And let's not underate the sonics, either. Although, like a lot of '80s productions, the drums are quite bass-light, they're otherwise so punchy that they wouldn't seem out of place in current EDM if you just added a healthy LF boost. The mix effects have also been quite tastefully applied, so this production hasn't dated as badly as many of its contemporaries, despite the DX7-ish high lead and (ouch!) orchestral stabs first heard at 0:20 and 1:09 respectively. And there's plenty of fairy-dust to enjoy too: the fast pitch-swept fills at 0:19, 1:12, and 1:27; the softly insistent 1/16th-note chords that sneak in from 0:52; and the rhythmic filter-sweep transition at 1:10. There's some great atmospheric Foley in there as well, such as the background sirens at 1:13-1:28, the startling Hammer-horror scream at 1:28, and the machine-gun rattles at 3:03-3:11. Far more chilling than those, though, is that clunky bugle call at 1:55, a foreshadowing of the horrors of many a General MIDI emulation to come... Mike Senior