Papers In My Shoe

Since Nic Jones recorded it in the early ’80s, ‘Farewell To The Gold’ has become a bit of a folk-club standard. I’ve heard Jones’s version mangled countless times at open mic nights, so it’s refreshing to hear a recording which stays true to Paul Metsers’s original. Singing violinist Matt Kelly and singing guitarist Gary Woolley also turn in a nice take on the Scots ballad ‘Jock O’ Hazeldean’; however, the bulk of their material is Cajun in origin, and they tackle it with rare vim. 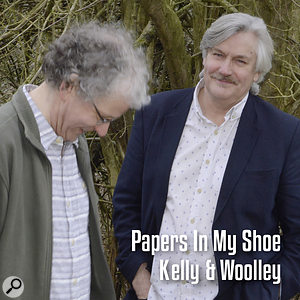 Woolley’s driving guitar playing propels the album forward and the duo’s harmony vocals are by turns raucous and plaintive, but the real star turn is Kelly’s ferocious fiddle playing: he manages to keep his intonation spot-on without compromising the expressiveness that is so characteristic of folk playing. Roger Chatterton’s recordings capture the controlled energy of the performances very well, but if I have a technical quibble, it’s that someone somewhere — perhaps at the mastering stage? — has been a bit too heavy-handed with the compression. When there’s this much excitement in the music itself, there’s really no need! Sam Inglis

Love Is A Two Player Game

The more time passes, the stronger my belief grows that nothing good ever came out of the ‘80s — and the SOS Team (whoever they are) have done nothing to convince me otherwise. Their Playback submission, ‘Love Is A Two Player Game’, is every bit as bad, in every possible way, as its impossibly corny title suggests. The video-game metaphor as a vehicle for cringeworthy sexual innuendo has been well and truly exhausted, to laughably cheesy effect, while the instrumentation is just riddled with ‘80s clichés. In fact, the whole song could conceivably have leaked through some kind of time warp in 1985 — and I can’t imagine 1985 will be asking for it back any time soon. 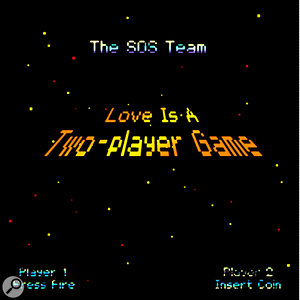 First, the lyrics. “Plumber to princess / Diver to pearl / Cometh the hour / Cometh the girl” is bad enough — I can’t say I’d ever thought about Mario and the Princess consummating their relationship before, and now I wish I could un-think it — but things get even worse later, with lines about secret passages and collision detection (seriously).

Then there’s the choice of keyboard sounds, which couldn’t be blander or more generic if they tried. From the tired, static pad sounds to the use of ‘that’ Rhodes patch, it’s all just so Top Gun it hurts. And don’t get me started on the guitar solo...

Technically, too, the track is a bit on the shoddy side. The mix would have benefited enormously from some detailed automation to level the vocals out, and while I’m not usually one to advocate it, a little Auto-Tune wouldn’t have gone amiss either, both on the vocals and the fretless bass. There’s also an inordinate amount of hiss throughout, to the point where it almost sounds like it was mastered to cassette (though given the many other questionable decisions made here, even that wouldn’t surprise me).

The worst part, though, is that it’s catchy as hell — I actually caught myself whistling the melody outside of office hours (don’t worry, reader: I’ll be billing accordingly). That said, the litany of musical offences perpetrated here would certainly prevent me from ever listening to it voluntarily, ever again. My advice to the SOS Team? Don’t give up the day job just yet. Chris Korff

Meanwhile, in the 21st century, producer Subliminal Message has been busy crafting a drum & bass EP — and a rather good one at that. Aware Of Chains is a fine example of the genre, recalling, in its calmer moments, late-’90s Moving Shadow records, but straying into harder territory at times. Between tracks there’s also some well-executed sound-design work, which helps make this production seem more like a ‘proper’ record, rather than simply a collection of tunes. 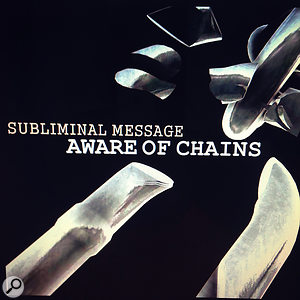 My personal favourite track is probably ‘Mackfield’ for its deftly processed guitar parts and the subtly mixed Amen breaks, which contrast pleasingly with the half-time hip-hop beat that underpins the track. Chris Korff