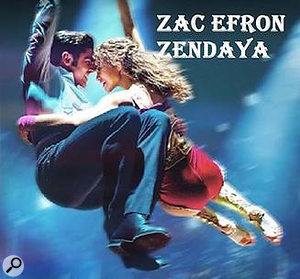 Over the years, I've become rather inured to the overabundance of the word 'tonight' in song lyrics, but this song features one specific usage that can still reliably goad me into a groan of contempt: namely, employing that word to settle onto the key's root note in some casually syncopated form, just before the end of the last bar of the chorus. What makes it such a cheap trick in this case is that there's no attempt whatsoever to connect the word into the lyric's general structure or rhyme scheme, so it plumbs depths of cliché untouched even by glutinously schmaltzy forebears such as Chris de Burgh's 'Lady In Red' and Eric Clapton's 'Wonderful Tonight' — surely not a race to the bottom any self-respecting songwriter would want to win! Even worse, it follows in the wake of Ed Sheeran's smash hit 'Perfect', with which it shares not only that heinously gratuitous "tonight", but also the chorus' repeating vi-IV-I-V chord progression and an all-but identical tempo. Entirely coincidental, I'm sure. Mike Senior 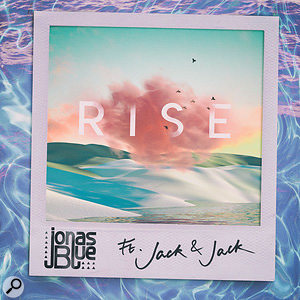 It's tempting for anyone producing EDM to develop a kind of knee-jerk quantising reflex, immediately beat-matching and gridlocking all MIDI and audio to maximise the tightness of the rhythmic groove. What this cracking production from Jonas Blue demonstrates, however, is how much a track can be enlivened by incorporating deliberately wonky rhythms into this otherwise highly regimented rhythmic context. What makes this particular scenario so cool, though, is that the song starts by establishing a tight groove where there's no ambiguity at all about precisely where each beat of the bar is supposed to land. So when the lead synth arrives at 1:17, weaving lazily around the grid lines, its effect is all the more startling. However, because the song has also kept its four-to-the-floor kick drum up its sleeve until that point, there's absolutely zero risk of reducing the section's danceability. (Dancificness? Dancitude? Oh, I give up...)

Beside this, there's one other moment that knocked my socks off when I first heard it: the way the producer has made a real feature of the repeated words "hate" and "change" in the verse lyrics (at 0:31 and 0:36 respectively) by accompanying them with simultaneous stutter edits across the whole arrangement. One of the biggest reasons project-studio EDM productions fall short of the market-leaders, in my view, is that they don't create enough interaction between the different parts — especially between acoustic and electronic elements. It's honestly so easy to find an evocative lyric or moment of phrasing in your lead vocal, and then mimic (or indeed answer) that briefly with some of the electronic parts, but I can't tell you how often I hear this opportunity wasted. Speaking of wasted opportunities, though, I couldn't help feeling mildly disappointed that this stutter trick was simply repeated verbatim at 2:02, where I reckon even the smallest variation on the final "change-change-change" could have wrung even more dramatic capital out of it. Mike Senior 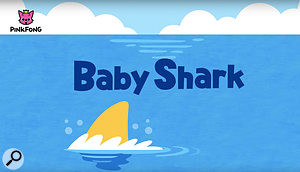 Competition for YouTube viewers is fierce these days, with A-listers slugging it out mercilessly amongst themselves for the highest view counts. Recently, though, a surprising new contender has stepped into the ring: this cheery little childrens' tune, and its accompanying kindergarten‑friendly dance routine. Clearly, the video's brain‑boggling success (two billion views and counting) must partly derive from parents setting it on loop it to distract young Billy from chewing that extension lead. But let's not completely dismiss this production out of hand, because there's actually a lot of solid arrangement work going on beneath its wipe-clean plasticky veneer.

You see, the basic problem with the musical material here is that it's inherently so repetitive — essentially, just nine iterations of a simple A-A-A-B melody atop a four-bar I-IV-vi-V chord progression. As a result, the arrangement and production have to carry full responsibility both for creating any sense of build-up, and for introducing enough sonic variety to tolerate multiple viewings. So, for instance, pretty much every verse has a different vocal arrangement. We start off with a solo child for "baby shark", followed by a series of duets with contrasting voices representing the parade of relatives (mummy, daddy, grandma, and grandpa shark). A group of children joins a new male vocalist for "let's go hunt" in verse six, and then a formant-shifted version of this new singer duets with a solo child for the next two verses before the final "it's the end" verse breaks into three-part ensemble harmonies (a move that was actually foreshadowed more subtly during verses two and three).

The instrumental arrangement also helps section differentiation. The first verse has just kick and bass. The second adds hi-hat and rhythm guitar. A drum fill and cymbal accent usher in verse three, where the guitar part gets more involved and a touch of snare backbeat sneaks into the mix. The bass part shines in verse four, riffing beyond the basic root-note progression it's carried thus far, while verse five adds an upper string line and some new piano and percussion layers. The sixth verse's opening brass stab and group vocals are enough to propel us into the tempo-hike and key-change of verse seven, where we're also treated to piano glissandi, a full rhythmic brass arrangement, some backbeat claps, and extra hi-hat subdivisions.

At this point, the arrangement has pretty much reached saturation, so (in a manner that should feel familiar from its use in many celebrated pop productions) a bar-long section extension at 1:17 builds up anticipation for the penultimate verse, but then the producer steals back some headroom by dramatically dropping out everything but the bass, claps, and upper strings. This allows verse nine to close out the song with a triumphant reinstatement of verse seven's textural melee (minus the piano glissandi), all but guaranteeing that Farley's Rusk crumbs will find their way into every corner of the play pen.

Say what you like about the art, but there's no denying the craft. Mike Senior 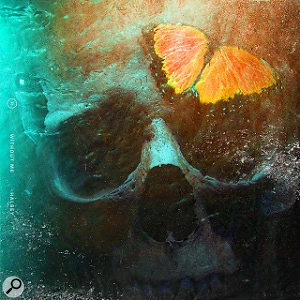 People talk a lot about up‑front vocals as if they're the be-all and end-all of pop production, but in practice the lead vocal's position in a mix's depth perspective often changes through a song's timeline. This production provides a particularly good illustration of this point if you observe the depth relationship between the lead vocal and the programmed clap/snare backbeat. To begin with, the vocal's high-frequency enhancement, stereo widening and minimal reverb bring it substantially forward of the narrower and more reverberant clap. But halfway through the verse at 0:28 they move onto a more equal footing, as the vocal gains more reverb and the backbeat gains a brighter and more aggressive extra layer. The pre‑chorus (0:42) continues the progression, with a thicker double-tracking effect appearing on the vocal and a harder snare layer joining the backbeat at 0:50, so that by the time the chorus hits at 0:56 the snare is well out in front of the vocal.

But why do all this? Well, the way I see it is that, as the vocal recedes, it supports an illusion that the backing track is increasing in power, relatively speaking, a fiction that's supported by the increasing reverberance of the track as a whole. Then, when verse two suddenly reverts the perspective to bring the vocal to the front once more, that helps refresh the listener's focus on the singer as she delivers a new set of lyrics. Or, to put it another way, films would be a lot less interesting if you only ever used one camera position and zoom setting, so why should music mixes be any different? Mike Senior 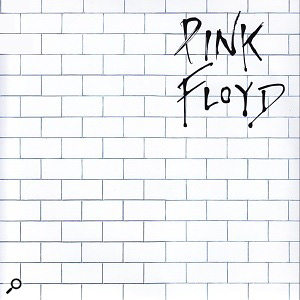 Although Dark Side Of The Moon remains the Floyd's best-selling album, it's The Wall that spawned this disco-flavoured hit single, their only UK chart-topper (and, incidentally, the last Christmas number one of the '70s). I'm a big fan of the drum sound here, because engineer James Guthrie manages to achieve super-tight kick and snare sounds without eviscerating the hi-hat or cymbals. The difficulty is that cymbals tend to record better in a reflective environment, and can therefore become rather thin-sounding if you dry out your studio acoustics for the sake of the kick and snare.

The bass part's also a little gem, musically understated despite its prominent place in the mix, yet with undeniable disco strut. Like a lot of the best bass players, Waters is just as careful placing his silences as he is his notes. For example, leaving the first two phrases of the verse without bass makes his first root note at 0:05 a real statement, unadorned as it is. And notice how often he stops his bass notes directly on a snare hit, which really helps fortify those backbeats within the groove.

The pace of the part is also very canny. For instance, check out how the note durations at 0:33-0:42 progress from two whole notes, to two half notes, to four quarter notes. Again, this is such a trivial little trick, but it significantly improves the sense of momentum through "Hey! Teacher! Leave them kids alone!" without the instrument having to change its pitch at all. Another great example of pacing can be seen by comparing the snare and bass parts of the verses (eg. under "dark sarcasm in the classroom") with the related ones accompanying the guitar solo later on (eg. 2:15-2:24). By restricting the snare to every other backbeat and reducing the frequency of the bass's A-C-D figure, the solo section's mood becomes subtly more laid‑back and contemplative, as you'd hope.

The Hammond is another instrument playing a great supporting role here, with some gorgeous moments of swirly rotor‑speed change during pauses in the guitar line at 2:27 and 2:36. But the second of these moments also marks the beginning of a long slow rise in the keyboard voicing that carries us all the way to the end of the solo at 3:20. (The line I hear most strongly starts on an alto 'F' at 2:33, progressing to G-A-B-C-D-E-F-G.) It's yet another trick from Arrangement 101, but there's nothing wrong with that. Indeed, I think there's as much to admire in such well-judged simplicity as in any of the more dramatically cerebral manifestations of this particular band's creativity. Mike Senior