The stereo width control in each band is an M-S balance control. The source is encoded (after any saturation) to Mid-Sides stereo, the knob adjusts the balance of the Mid and Sides channels to increase or decrease the stereo width in that band, and the signal is then decoded back to L-R stereo.

Though a great idea in theory, I found the implementation on the review unit less convincing, as although narrowing the stage was easy, the widening effect ventured too quickly into special-effect territory. Figuring that something might be amiss, I asked Drawmer about this, and they tell me that only the review unit and a few early production units exhibit this behaviour, largely because the third-party testers seemed to have very different preferences. Happily, Drawmer say that these pots will have a much more useful degree of control (without reducing the maximum amount of effect that can be applied) in all production units by the time you read this review.

It's worth noting that altering the Mid/Sides balance affects the perceived level, so you need to juggle the band's width and level controls to achieve the desired result.

For me, a favourite target for the 1976 saturation was the drum bus — I can definitely see it being normalled into a patchbay, ready to use on the drum bus each and every time.

Because You're Worth It

I judge whether a piece of hardware is 'worth it' when compared with the many low-cost or free software alternatives in a couple of ways: first, I ask whether I miss it when I have to use software; and second, I consider whether it offers a special vibe that my software and other processors can't. The 1976 ticks both boxes. Once you become familiar with the need to set your crossovers to suit the source material, and balance the makeup gain with the saturation and width controls, it doesn't take long at all to enhance a sound in a lovely way.

I can think of a handful of potential improvements that a MkII version might deliver in the future. Wet/dry mix and master stereo-width controls would extend the versatility, and a power switch on the front would be welcome. I could imagine a useful facility to apply automatic makeup gain for the saturation and level controls too, leaving the Level control as just a final overall level control for the band. That would facilitate faster A/B checking of the added effects.

But none of that takes away from what the 1976 already offers. It really does shine in giving the user access to a '70s analogue vibe using only a few knobs and the minimum of effort — it's all so quick and easy. And all the while, the 1976 adds that extra sparkle that only the 'real thing' provides.

The multiband nature of this thing makes it really versatile too, since it means that you can tailor the effect to suit various sounds: it's easy to dial up massive drums, crunchy guitars and sparkling vocal tones, without the hassle of setting up dedicated crossovers and using multiple units or plug-ins. The 1976 also complements other hardware and plug-ins well, especially tape simulators and units that lean more on smoother even-order harmonics.

All in all, then, despite a quirk or two, it's a really addictive unit that could prove a great addition to any in- or out-of-the-box studio. And it's available at an attractive price to boot.

There are plenty of pure saturation hardware options out there and a few stereo wideners, but the Drawmer doing it all in one is quite rare — and in hardware the multiband facility is rarer still. The Empirical Labs EL‑7 Fatso is a studio-stalwart saturator, while Rupert Neve Designs have their 5042 and 542 (500-series version) tape simulators, while selling a separate 5014 Stereo Field Editor.

Looptrotter's Sa2rate offer's simple saturation while Overstayer's NT‑02A saturator costs more but can push harder into distortion. At the subtler end of things Roger Mayer's 456 500-series unit emulates Ampex 456 tape on a Studer A80 tape machine. The most costly, and to my ears the subtlest, is the Anamod ATS‑1 tape emulator, though that's now only available second-hand and commanding several thousand dollars. When it comes to software, there are countless alternatives, but you probably already know that. 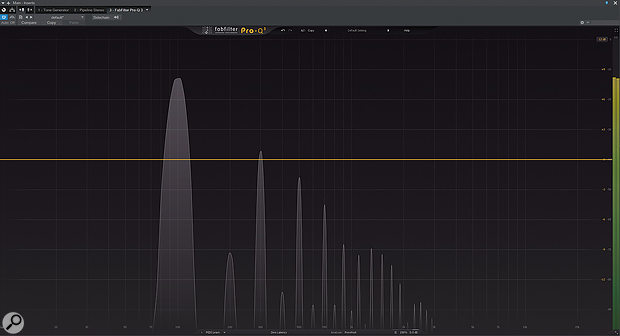 The result of a -12dBFS 100Hz sine wave delivered to the Drawmer via an RME interface. The yellow input light representing ideal signal level is on, and low-band saturation is set to 3 out of 10. Here we can see the strong odd-order harmonics (300Hz, 500Hz and 700Hz etc.), with weaker even order harmonics (200Hz, 400Hz and 600Hz etc). 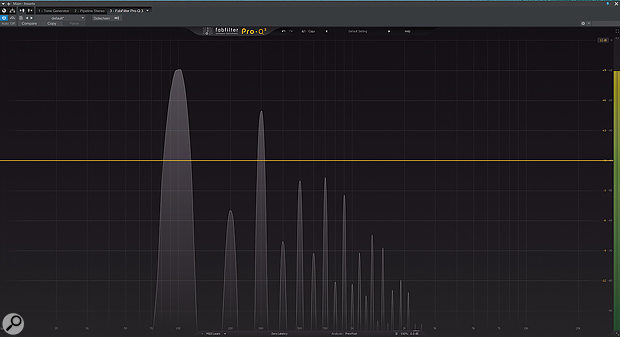 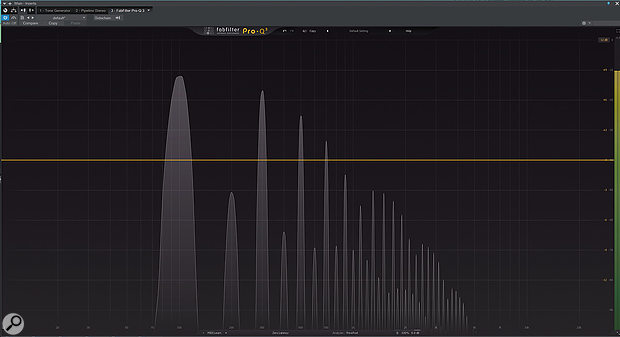 Here a 100Hz sine wave at -12dB and saturation at 10, all other controls to 12 o'clock. At this point the third harmonic is nearly as strong as the fundamental frequency. 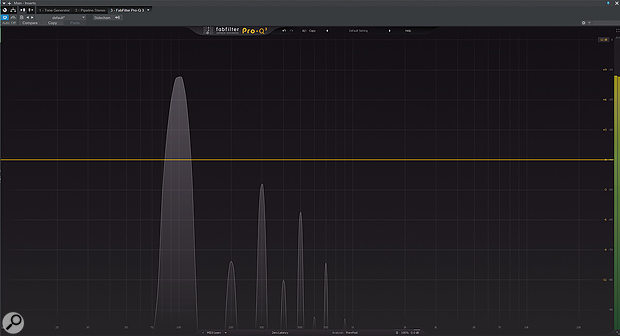 Here is a setting using 100Hz sine wave at -24dB input level and saturation at 10. Here the harmonics are quite subtle. The box interacts well with differing input levels, as a low input with a high saturation creates a slightly different result to a high input with a low saturation setting.

The harmonics themselves can be analysed by sending a 100Hz sine wave into the unit and monitoring the returned signal in a frequency analyser — here I've used the one in FabFilter's Pro‑Q equaliser (shown above).

The 1976 is a unique and, it has to be said, somewhat addictive multiband saturation processor, with some multiband stereo-widening facilities thrown in.