This inexpensive, stand-alone instrument was created in collaboration between Spitfire and producer/composer Alex Epton, who has worked with the likes of FKA Twigs, Björk and Arca. Spitfire's literature describes Entropy as delivering post-industrial soundscapes, so what does that mean? 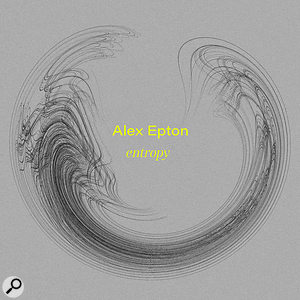 What you get are 29 malleable presets divided into Synthetic, Sound Design and Percussion categories, created using a combination of modular synthesis (Alex has a huge Versos modular system), granular synthesis, processed found sounds, effects pedals, IR reverbs and even a large oil tank located in the basement — one of a number of home-made sound processing devices used in the creation of these sounds. Some of the sounds can be played in a melodic way while others are soundscapes or drones best played slowly and monophonically. Few if any of the sounds are suited to playing chords as even the most melodic include complex or even slightly dissonant elements, with one synth patch sounding as though it is being played amidst a swarm of bees.

Entropy shares the same GUI as the Spitfire Labs free instrument series. This makes it very simple to use as there are just two sliders and a parameter dial plus small Tune, Pan and Volume controls in the menu bar along with a MIDI channel selector. A keyboard graphic at the bottom of the page is shaded to show the key range over which the patches operate and presets show up in the lime green bar above the controls.

The GUI offers control over level and in some cases the second fader changes the balance of the elements that make up the sound, and there's a lot of potential in automating this when playing back an evolving soundscape. The large dial is used to adjust whatever variable parameters each patch has available and when selected you can see buttons for the various parameters to the right with the available ones showing up in orange. Simply click the desired parameter (Reverb, Release, Delay, Chorus, Variation, Flanger, Phaser and Portamento) and turn the dial to change the value.

Many of the sounds are clearly inspired by the techniques of musique concrète and have a cloudy, mysterious and evolving texture that's ideal for use as a cinematic bed or ambient intro. The percussion section includes the sound of paper being torn or scrunched up and then processed into surprisingly effective pseudo-snare drums, and there are tuned metallic percussion sounds and a slightly anarchic percussion menu with different sounds allocated to different notes. There's treated feedback, menacing drones and granular washes, while some of the processed tuned-percussion sounds verge on the playful. If some of the sounds seem too 'big' for your mix, using EQ to remove low end is often all that is needed.

This instrument clearly isn't about three-chord pop songs, but if your music has an experimental edge to it or you lean in the direction of cinematic sounds, there's a lot to like. Some of the sounds could also work well in ambient or chillout compositions and I really like the instant gratification nature of the interface — you can't get bogged down with overly deep tweaking or editing. The price is attractive too at just £29$29, but if you're still not convinced, go to the Spitfire website and hear it for yourself.