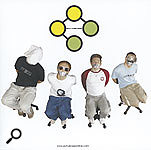 The curious introductory track to this CD bears little resemblance musically to what is to follow, with sub-bass sine wave tones, a children's playground chant and a bass drum treated to masses of grainy gated reverb, accompanied by some echoed keyboard sounds. Nevertheless, the track is intriguing enough to keep the attention of the listener into the next track, where we're introduced to some modern heavy pop sounds in the vein of Weezer, Ash and Ben Folds 5.

Opening the track with overdriven guitar and cheesy drum machine sounds before the rest of the band pile in is a good production ploy which I greatly enjoyed. I was also impressed with the guitar sound, for which the guitar was apparently plugged straight into the VS1880 — the overdrive is a pretty good imitation of a cranked-up valve amp, but it's not so over-the-top that the original tone of the guitar is lost. It also seems to me that there's a pitch-shifter set to an octave down slyly mixed in under the main sound, and this also works well.

Echobase employ the classic tactic of bringing the dynamic right down during the verses. This is achieved by dropping the distorted chords and moving to a single note riff. This is built on by adding a second guitar playing the riff a few bars into the sung verse, and this constant change in dynamics helps hold the listener's interest. The distorted vocal isn't thinned out quite enough to be really effective, and a high-pass filter would have cut out some of the unwanted bass frequencies below 200Hz. There are plenty of other neat production touches, such as dropping to distorted guitar chords for a bar, and the track is underpinned by a very strong arrangement of classic guitar pop, with satisfyingly cheesy elements such as male falsetto backing vocals. However, if I have one other comment on the mix, it's that the snare is getting lost when the guitar player is really going for it, and should have been lifted in level at these points to maintain balance.

The following mix is not quite as impressive, partly because the guitars are mixed lower and so don't drive the song along in the same way. The snare also needs a bit of work in the EQ department, as the sound is a little woolly. I would probably boost by a few dBs at 2kHz and also compress the snare to give it more punch. If this causes problems by boosting the hi-hat spill picked up on the snare microphone, try a subtractive EQ at 500Hz or so. This could give a bit more clarity to the snare without also boosting the hi-hat spill operating in that upper-mid frequency range. Still, it's a good song on a fine demo and with songs titles like 'S.E.B. (Scary Ex-Boyfriend)', 'I Believe TV' and 'Girl From Scum' this band deserve a wider audience.

I was intrigued by TAG's approach to recording (see 'Quickies' box), which was to see it as more of a social event. They turn up at 6pm, talk about music for a while then jam around rhythmic sequences and loops they've just created using live keyboards and outboard effects. The final composition is recorded live (including vocals) and in this way they manage to get quite a lot of material together. It seems to them that this is a better way to produce music than multitracking which can seem rather laborious.

Whether you record the result to a two-track or separate the sounds out on a multitrack recorder is almost irrelevant. I'd suggest that what they enjoy is the event of getting together and the spontaneity of this form of creative writing, because it includes the buzz of semi-performance. Of course all sorts of bands have been recording live for years but I think it's important to remember why this can be a good thing.

We get lots of demos from readers working alone in home studios who could perhaps benefit from this more socially stimulating approach. After all, all you need is a MIDI cable and some sort of sequencing keyboard! 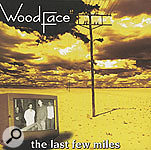 The opening song on this CD demonstrates that the band are competent players but have some trouble layering sounds in the mix effectively. Take the brush-hit snare, for example. This is lying in the same frequency area as the acoustic guitars and there is a resulting lack of clarity, even though all the parts are tightly played.

Panning the guitars even wider in the stereo field and leaving the snare in the centre may help increase the separation, but tuning the drum lower at source would have been preferable. At the mix stage, using subtractive EQ in the form of some upper-mid frequency cut around 4-6kHz would sit the snare just below the acoustic guitar and the sounds would gel rather than fight for space. While we're on the subject of the drums — where's the bass drum? If I turn the monitors up I can hear it, but I still can't feel its punch. There is definitely a case for making it louder in the mix, while the opposite is true for the overly loud crash cymbals.

Perhaps the oddest thing about the mix is the lack of definition in the bass guitar. The rather expensive Ashley Pangbourne bass being used shouldn't sound as if it's played through a tub of lard, wobbling around like an oversize jelly. I would rerecord it using some compression to tighten the sound and give it a bit more punch.

Track two suffers from some of the faults of the first track and I'm beginning to suspect that the snare has been miked from underneath alone, producing a very bright sound lacking in body. Likewise, all the action in the upper-mids seems to be exaggerated by some form of enhancement patch on the 02R during the final mix. The bass is marginally better but it's been treated to too much reverb, as has the entire mix.

Generally though, the songs are well thought-out, with an emphasis placed on strong harmony vocals. I sense the band think this is a real selling point for the CD, and have consequently mixed them a bit too loud. In fact, the backing vocals would be equally — and perhaps even more — impressive if subtly sunk into the mix. This would probably require adding a touch of high-frquency boost at the same time for clarity. It's nice to hear such well-sung harmonies and also the very well recorded acoustic guitar sounds. This is crucial because the songs are acoustic-guitar-driven, and the use of overdubs and stereo panning, the even dynamics and the natural presence of the strummed acoustic is just right for most of the songs.

TAG sent in a studio demo and a live-in-the-studio demo recorded direct to stereo. As they jam out a lot of their music (albeit using programmed sequences, drum loops and other triggered sounds), they really want to see if their live-ish material is good enough to send out. In truth their main problem is with the level of the lead vocal, which needs to be mixed lower. I would suggest the slight compromise of using a small multitrack machine to record the backing to two tracks and the lead vocal to a third. This gives the option of adjusting the vocal level, adding extra compression and effects and replacing the duff bits if necessary. It keeps the spontaneity and also allows for some EQ work to take place on the backing tracks which have a tendency to be a bit bass-light and a touch harsh in the busy mid-range. 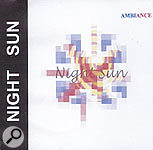 The first number on this demo is a classic example of a track where a half-decent idea is introduced only to be repeated for the next four or five minutes. Some changes do take place within that time, such as the drums dropping out or the addition of another synth part, but it's not enough to hold the listener's interest. More creative use of the drum tracks, with more variation in sounds and rhythms, would help. The second track, with its echoed piano chords, has more promise but again outstays its welcome. The piano and its echo are also both panned to the same side of the stereo field, missing the chance for some interesting stereo rhythmic echo effects by panning the echoed signal to the opposite side of the mix from the dry one and bouncing the sound around a bit. Finally, there's a tendency to use similar hard-sounding digital synth voices for nearly all the parts, and it's not until track five that a warmer pad sound is used to back these up. While using a pad in this way may seem a pretty standard thing to do, it works.

John clearly has a fascination for synth bands of the '80s and can deliver a pretty good impersonation of Gary Numan or David Sylvian. Yet the vocals tend to drift in and out on the first song, blending into the instrumentation during the verses but becoming clear for choruses. John also has a little trouble recognising when to push the various melody lines forward in the mix. For instance, when the chorus vocal stops, the string line should become prominent enough to replace it and then drop back once the vocal returns. It's almost as if he's set the levels for the start of the mix and left the track to run to the end without touching the faders. The second song is an improvement but needs quite a lot of presence boost at 12kHz to bring it to life. Some well-thought-out '80s string sounds bring the era flooding back and the echo used helps to make the arrangement float and swirl around. 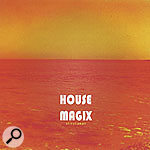 I like the summery feel of the first mix, especially the mellow trumpet line. Yet in the arrangement, the kick drum drops out too often and the hi-hats, which dominate the mix, should be lower in level. Finally, the vocal (which is very reminiscent of Martin Fry, incidentally) should be sunk into the backing with greater use of echo on individual lines. Producer Skootaman has a fine ear for a good brass hook and picks out a Latin one for the second mix. The bass line and drums are a big improvement and really gel, and the filtering effects and dramatic build-ups are handled well. This track should keep you on your feet for the entire six minutes, with the added bonus of amusing lyrics.

A lot of action in the 400-500Hz area of the frequency range on the first track gives this mix an odd sound with no real bass or presence to speak of. Naturally, a cut around this frequency area would improve things, but a warmer bass synth sound or a lower-frequency kick drum would improve the mix more than simple EQ'ing after the fact. I was curious to hear what Podboy would do with the acoustic piano he uses on track three, and I have to say that I liked what I heard. The upright piano has a fair amount of 'string' to the sound, as opposed to percussive attack, suggesting it was miked away from the hammers. It also sounds like there's a bit of modulation added to the sound, or it could be that the piano itself is slightly out of tune. What I really liked was the way the acoustic sound of an upright piano, with quite a limited bandwidth compared to a digital one, was kept in its own frequency space rather than heavily equalised, and then other, complementary sound textures built up around it. Some pitch-dropped sub-bass here and there, and thinned-out vocal samples with plenty of upper-mid, all sat together perfectly in the mix and created a very pleasing ambient soundscape.