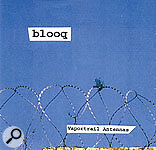 This band have elected to go for a tightly compressed and sharply equalised production style which sounds punchy and conveys the energy in their performance. Skater-friendly ska, grungy punk and dirty beats with sampled ambient sounds make for an interesting combination, though the opening guitar chords on the first song are also reminiscent of Captain Beefheart and the chorus contains elements of the Police.

On the first song, distortion is used on the vocals, something which, I felt, only really worked on one line — "I don't care about it" — which occurs about a minute and a half before the end of the song. I also thought that this should have been the fade-out point for the arrangement, which has said all it needs to by this time.

A more contemporary element of the mix is the relatively high level of the guitars. They are heavily compressed, and I'm guessing that the fairly clean guitar sounds made this level of compression necessary in order to contain the potential peaks in the signal. Having said that, it also seems to me that a creative decision has been made to get these guitars sounding as punchy as possible. To their credit, this is what the band have achieved. The guitar work on this CD is excellent, taking elements from art-rock and blues as well as punk to produce some inventive guitar parts.

As for the other sounds, the bass lacks definition, and, although this is the favoured sound for some dance styles, I'm not sure if it's appropriate in this context. The snare is pretty low in the mix, but then keeping the drums at this level allows the guitars to dominate, which is a valid production choice. However, a fairly severe EQ setting and heavy compression would allow the snare to cut through even at this relatively low level in the mix. This could be achieved by rolling off some lower-mid and bass frequencies, allowing the upper-mid content to come through. Alternatively, a parametric EQ could be used to zone in on the 900Hz to 1kHz range and boost it a touch, while applying some heavy compression to add punch and take care of the signal peaks. In these days of computer recording, it's possible to go through the snare track and even it out where necessary prior to EQ and compression. At the same time, you can also replace mis-hits, like unwanted rim shots, by copying and pasting in a good snare hit from elsewhere in the track.

All in all, this is a good demo CD featuring interesting guitar playing, some good production touches, and strong songs with a contemporary sound. Not only that, but the band have got the right image for the music they play, as their mugshots in the liner notes show.

Doctor's Advice: In Praise Of The Humble Tambourine

As the tambourine features too loudly in one review (Ghostwood) and is absent, but should have been used, in another (Number Nine), I thought I'd offer a few tips on miking one up. I was always made to play the tambourine at school when I'd much rather have played a drum, but I've come to appreciate the instrument over the years for its ability to lift a chorus and help a leaden drum track along.

Use a condenser mic to capture the high frequencies produced by the small cymbals on the tambourine, but don't place the microphone too close to it. Musicians have a tendency to lift the tambourine towards the microphone, despite the fact that tambourines are usually very loud, and, if it's too close, an audible thump will be heard each time the tambourine is struck with the hand. I'd also suggest applying the low-frequency roll-off filter on the mic preamp or the microphone itself, if it has one. A decent tambourine shouldn't need much in the way of EQ, and the fast nature of the attack can confound compressors, so be careful if you choose to use one. Finally, if you are a tambourine novice, once you have a successful take, slap on the arnica and await the inevitable bruising. Ouch! 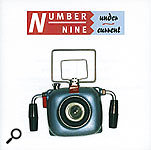 This band have a tasty array of valve preamps at their disposal. The C1 used to be TL Audio's flagship compressor and the EQ1 is a wide-band, musical-sounding equaliser, while the PA1 is a combined preamp and DI. The Palmer Speaker Simulator (I thought I was the only person who still owned one!) is a power soak and DI, and its inclusion suggests that the band have to be careful of noise levels when recording. In fact, the Palmer Speaker Simulator is still, for me, the best-sounding device for recording guitar in a situation where the neighbours are likely to complain. Taking the speaker output from the amp head, it copes with the load via the power soak, providing a pretty accurate version of what would come out of the speaker if it were still connected and close-miked.

So, with all this nice equipment do the band make a decent noise? I'm pleased to report that Number Nine's brand of '60s-influenced pop comes out sounding pretty good. The guitar sounds on the first track have the mid-heavy, retro flavour of Rickenbackers, Fender Jazzmasters and the like, and the small amount of preamp overdrive used suits the style of music perfectly. The individual notes are well defined but still punchy and aggressive enough to drive the song along. The C1 compressor is a good choice for this type of guitar sound because it's transparent enough to fatten up the sound without the guitar ever sounding obviously compressed. A low threshold and a compression ratio of 5:1 with fairly fast attack and release times works well, and you can hear the sound tighten up even with only a little gain reduction.

In terms of the arrangements of these songs, the line-up of two guitars, bass, drums and vocals might have been enhanced with some keyboards on at least a couple of these songs. Something suitably retro, like a Hammond organ or electric piano, could add a bit of variety — the acoustic guitar used on the second song brings a welcome change in sound texture.

I was also surprised not to hear that great stalwart of the '60s, the tambourine, which would have lifted some of the choruses. Most of the other sounds are good, with the snare sound changing a fair bit from song to song, presumably because the songs were recorded over a period of time and some different production decisions were made about the snare tuning. The snare on the opening two songs is my least favourite, while the best snare sound, in my opinion — a more tightly tuned one — appears on track seven. Indeed, some of the best songs appear later on in the album, where more modern-sounding beats combine with the air of nostalgia the band create. Nevertheless, this is still a decent CD with the only weakness, or charm, depending on your point of view, being the vocalist's tendency to occasionally slip into Syd Barrett-style tunelessness.

I liked the understated, tasteful green CD cover, which matches the mood of the music. However, certain aspects of the mix could have been improved. The tambourine, for example, is mixed too loud and dominates when it is added to the mix. A louder hi-hat and cymbal mix in addition to dropping the level of the aforementioned tambourine would sort this out. In addition, I thought the piano chords were a bit low in the mix for most of the first song and should have been turned up, especially on the descending chord sequence to liven up what is a fairly flat dynamic. The guitar and keyboards could also have been used more imaginatively over drums and bass which essentially hold down the same groove throughout. Ultimately, this is a nicely recorded but rather dull demo.

Some beautiful textured guitar sounds are featured on this CD of jazz-influenced music (the title is a little misleading in this respect!). An expansive chordal spread is achieved from a clean guitar treated with heavy compression and then sent to a long reverb with pre-delay. I'd say there's some homage being paid to Pat Metheny here too, especially in the muted jazz guitar tones achieved for the melody line and doubled with a higher synth piccolo sound somewhat reminiscent of keyboardist Lyle Mays. It's impressive that this is all the work of one person, because the standard of both keyboard and fretboard work is so high, although the guitar is obviously the featured solo instrument. The keyboard sounds range from classic Fender Rhodes to strings and vaguely PPG-style pad/bells combinations, but they all sit well together and are appropriate for the music. The drum programming is unadventurous but solid, with enough swing for the compositions. All in all, a very good recording.

Steinberg Cubase VST and Propellerhead Reason form the basis of Jamie Potter's studio. His guitar-based songs are fleshed out by rhythms built up in Reason and the chords of a Roland XP30 keyboard. The acoustic guitar sits nicely in the mix but the electric guitar's overdriven chords have a certain digital harshness. Some EQ cut at 900Hz and a little high-frequency boost would mellow it out enough to work with the other instrumentation. However, it's the vocals above all else which don't seem to fit sonically into the mix. The rather thin sound on the choruses could be the result of the wrong microphone being used, too much EQ, or standing too far away from the microphone when recording the vocal. The choruses on this first song cry out for more harmonies and the lead voice should have a different reverb applied to it than the rather cold-sounding large room preset chosen here. I suggest a longer pre-delay with a 2.5-second decay time as a starting point. 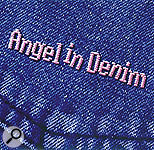 Describing his music as 'just for fun' and 'tongue-in-cheek' pop, Johnny knows he's not the greatest singer in the world but manfully gives it a try. In truth, it's not that bad — at least it's in tune, which is more than can be said for some of the demos we receive! Some strange arrangement choices have been made. Leaving the bass guitar out of the mix until verse two in the second song, for example, doesn't really work because such a strong opening cries out for some bass muscle in the mix. Also, the string lines in the background sound really well thought-out, so why hide them away at such a low level? The third song features bombastic kettle drums (courtesy of an Emu orchestral sample CD) in the introduction, which works really well. I also liked the combination of brass and strings on this song, but it sounded like everything was getting slightly out of hand by the finale, and some thinning out of parts would improve the mix at this stage.

I was slightly confused by the recording method used for this demo, which involved dumping the drum tracks from an ADAT to Cubase and then bouncing back a mono drum track to the ADAT. Presumably the audio interface for Cubase didn't have enough inputs to cater for the multi-miked drums, but when they were dumped into Cubase and the old drum tracks cleared on the ADAT, why not just stick with Cubase for the rest of the overdubs? Whatever the recording methods, the songs have come out well, with pretty good sounds, including the drums. On the first song, the clean guitar is over-compressed and tends to dip when there's a fast attack to the sound. It requires a slower attack setting, or, better yet, less compression, which can be achieved most simply by raising the threshold parameter of the compressor. The second song works best, with some decent acoustic guitar sounds, a good vocal balance in the mix and a fitting choice of reverb from the Cubase effects library.