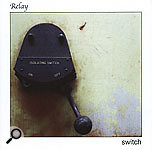 After a favourable mention two years ago in the Quickies section, this heavy rock outfit deserve a bigger review for their latest efforts. Since the last demo, they've ditched their trusty old Alesis D4 drum machine and got a real drummer and, more importantly to their fans, they've lost a male vocalist and acquired a female one! However, the emphasis is still on classic rock in the style of bands like Rainbow and Whitesnake.

The guitar parts on this CD are especially well-recorded. Sticking with a tried-and-tested Marshall JMP1 guitar preamp, guitarist Steve Tsoi coaxes some marvellous classic rock lead and rhythm sounds from his setup. The second track, for example, has a fantastic lead guitar sound, full of sustain and rich in harmonics, which an echo effect suits perfectly. On most of the CD the rhythm guitar is double-tracked and panned hard left and hard right, giving the mix a lot of stereo width.

I would, however, take issue with the clean guitar sound at the start of the second mix, which is rather thin. I'm guessing that all the bass has been attenuated to allow the clean, picked guitar to cut through when the fat, overdriven rhythm guitar comes in later on. However, it doesn't follow that the picked guitar has to have the same sound at the beginning of the track — you can bring in the bass cut when the second guitar comes in, either by using EQ automation in a software sequencer, or by hand on a hardware mixer.

Listening to the drum sounds, too much compression has been applied to the snare on the first mix, which is crushing the life out of it. I suspect that this heavy compression has been used in an attempt even out the level of the snare hits. Instead, I would suggest importing the drum tracks into a software audio editor, scanning the snare track and bringing down the level of any prominent peaks before applying any compression. Triggering a sampled snare from the original snare recording and layering the two together is also an option.

Singer Alison's vocals work well with the rest of the band and could help set them apart, as there aren't many female rock vocalists around at the moment. Her voice is powerful, but it's occasionally mixed a bit too low. At the beginning of the second song the lead guitar obscures the vocal when it comes in, when the voice should be as loud, if not a touch louder, than any of the lead guitar parts. However the interaction of harmony lead guitar and vocal parts at one point in this song is simply excellent and perfectly balanced. As to the other mix levels, I think the keyboards are generally too loud, but they don't spoil what is essentially a decent rock album.

A few demos this month seem to be struggling with the various processes of mastering and post-production, whether it be the use of compression, limiting or equalisation. Remember that until recently, these skills were the best kept secret in the recording industry, so you can't expect to get it right overnight.

The kind of equipment used by professional mastering engineers is well beyond the reach of the home studio user, but nearly all computer-based sequencing packages are supplied with multi-band compressor and EQ plug-ins. However, an often-overlooked asset is a good set of PPM meters to watch your mix levels. They can be very useful for spotting the occasional, brief peak signals that compromise your dynamics processing later in post production. The most common sources are errant snare drum hits, percussive or fast-transient vocal sounds and highly resonant synths. By adjusting the level of these peaks before applying compression to the whole mix, more even results can be achieved.

The big-sounding mixes that this duo create owe a great deal to the expansive delay and reverb treatments applied to the guitars. These are handled with great confidence by guitarist Steve Satori from the opening of the first track, with its ping-pong delay, to the final fade-out. On the first track, the echoed guitar sets up the whole rhythmic swing of the piece, and this delay has been fed through a reverb to add depth. In the bad old days, when spare recording tracks were at a premium, I always liked to print the guitar with the effect to a stereo track for this style of playing. Of course, this meant getting the effect's dry/wet mix balance just right. Nowadays, with many more tracks available, when using outboard effects it's safer to record the stereo effect return and the dry signal separately. This keeps your options open for the final mix, provided that you've stored your presets on the effects unit!

In other areas, the guitar is reminiscent of Robert Fripp and his penchant for harmonising overdriven, sustained lead guitar lines in a rather beautiful and melancholy fashion. One trick which Steve takes from the old school of recording is to apply loads of reverb to the guitar using a pre-fade send and then begin the song with only the effects return faders turned up on the desk, gradually fading up the dry guitar signal.

Steve asks me to point out any glaring errors in his mixing and production, and the most obvious one for me is that the lead vocal is mixed too loud throughout. I also find the vocal delivery a little too relaxed, but it's hardly suprising given the mellow nature of the backing tracks. Mixing the vocal at a lower level with a slightly more edgy EQ (a slight boost at, say, 5kHz) will help in two ways. Lowering the level of the vocal will prevent it being the sole focus of attention and enable the listener to engage more with the songs as a whole. Secondly, the EQ on the voice will add energy to the performance without losing the clarity of the voice at this new, lower level in the mix.

Having compared his mixes with other commercial releases, Steve thinks this CD is a bit lightweight and was thinking of applying multi-band compression. However, it compared favourably against the three commercial CDs I played on my monitor system. Interestingly, all the other recordings had more upper mid-frequency content and sure enough, if you boost this recording around 2kHz by only a few dBs, it seems to bring the mix image forward, adding energy and subjective loudness in the process. This is probably all that's necessary. 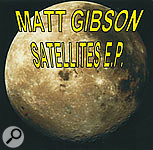 Matt has just finished a HND in music production and is now pursuing a career in songwriting. His music is electronic and pretty experimental in nature, showing a flair for production techniques involving the use of filters and a good ear for samples. In commercial terms, this means he's placing himself outside the mainstream pop market but well within the soundtrack genre, where his atmospheric work would be suitable for advertising, film or theatre. He says that some post-production work has taken place on the mixes, and I found them all a bit low-frequency-heavy at higher monitoring levels. This is something which a simple low-frequency roll-off around 60Hz could rectify. Matt might also consider checking the placement of his speakers and the general acoustics of his studio to make sure he's getting an accurate impression of his mixes. Sometimes a problem with the monitoring can be solved simply and cheaply, as Paul White and Hugh Robjohns' Studio SOS features repeatedly demonstrate. The subject of monitor placement is also covered by Hugh in the May 2004 issue's Q&A section of SOS, which is well worth a read. Matt's friendly web site (www.matthewsmusic.com) features a picture of him playing the guitar — which he slots into the electronic music rather well — plus some MP3 samples. 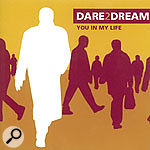 Heavy reverb has been correctly identified by this synth pop duo as a trademark '80s production technique. It's used on everything, but especially on a lightweight vocal that lends the music a certain vulnerability, which adds to the retro feel in quite an appealing way. However, this is a genre which also relied heavily on the dry, up-front kick drum and it's in the bass frequency range that Dare To Dream prove to be inconsistent. The third song is a good example of the lack of continuity here. It begins with plenty of power provided by a bass synth with a full-bodied sound, but as soon as the main backing track starts, this bass is swapped for a lightweight substitute and the whole mix drops in energy and becomes weak. The other two songs seem to lack depth in the bass frequencies and are surprisingly kick-drum light. Yet good points emerge in the choice of other sounds and general songwriting skills. On the third mix I especially liked the accurate Simmons drum sound, which was also a feature of the early to mid-'80s, and some of the synth sounds are very close to the Juno 60 and 106 keyboards of the era.

Kenneth (aka Brighton-based breakbeat merchant Dan Heath) feels that there is a lack of separation and detail in his mixes. On the evidence of this demo I can hear too many sounds vying for space in the crucial 800Hz - 2kHz frequency range, which indicates that the keyboard arrangements need a bit more care. In addition, the widespread use of open filters is brightening the sounds up so much that they fight against each other to make an impact. Remember that a filter is a sort of equaliser and can be used subtractively to take the edge off a sound as well as liven it up. Some of these parts could have been more easily layered in the mix if only one or two key sounds were allowed to dominate over the others. The breakbeat sound itself is odd and there's none of the low-frequency depth to the kick drum that you'd find on a professional mix. I think this is the result of no more or less than his choice of drum sound — a better quality kick-drum sound or sample would make a bid difference. It might sound like I'm giving poor Dan a pasting here, but in fact this CD isn't far off the mark at all. It's tight, has some excellent moments and simply requires a little attention to the mix. 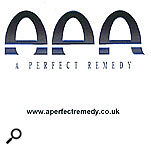 With an opening track entitled 'Ground Breaking', this band are setting themselves up for a fall, but the quality of the vocal performance wins through. In fact, the vocals are at their best on the second song, where a tight harmony vocal lifts an already catchy chorus. However, there is the occasional audible dip in level caused by compression cutting in during the loud sections. Because the whole mix dips a little, rather than individual elements of it, this would seem to be the result of excessive compression applied in post-production, so this could be corrected if the master is taken back a stage or two. But elsewhere, this is a competently produced slice of rock in the style of bands like the Red Hot Chili Peppers. The beats have a strong groove and the guitarist teases some interesting sounds from his guitar setup, largely with the aid of overdrive, wah-wah and echo with a large amount of feedback. However, I did find the guitar sound a bit fizzy in the high frequencies and surprisingly lacking in those lower frequencies which help to knit the guitar in with the bass.