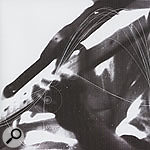 Although this is Andy's first self-produced effort he is no stranger to recording and has had record deals in the past, notably with Virgin subsidiary Point Blank. This label deals primarily with roots and blues music and it seems Andy didn't quite fit the mould so he's had to strike out on his own. Since he's a guitarist, you'd expect the guitar sounds to be pretty good and they do not disappoint. From the classic blues sound of the second track, 'Singing My Song', to the more subtle electric guitar textures and acoustic guitar picking elsewhere, Andy demonstrates that he can handle recording both as a producer and performer. However, he is modest enough to acknowledge help from a couple of engineering friends who gave technical support with mixing and drum recording, so it's not quite a solo effort.

Even so, there are some slip-ups on the mix, betraying a touch of inexperience. One example is the use of overdrive on the vocals on 'Singing My Song' — it's a thickish sound that has taken much of the clarity away. I think less distortion would be better but it's also worth considering using a bit of creative EQ to make the vocal clearer. To maintain a sense aggression without losing clarity, use some lower mid-range cut and even a bit of upper-mid boost, and back off the overdrive a touch. I also noticed that on the same track the organ pad sound is mixed very low. Although this is probably a conscious mix decision designed to highlight the guitar, the organ is the perfect instrument to fill the hole in the mix between guitar and bass and could be louder without obliterating the guitar.

Andy has splashed out on an Avalon 737SP channel strip which he uses with an AKG Solidtube microphone. I'm a big fan of using a quality front end for any recording system so I'd say it was money well spent. Most of the sounds (excluding the drum kit) were recorded using this setup and the vocals and acoustic guitar have benefitted mo. Listening to track four, 'Mermaids', I was impressed with the guitar arrangement, especially the use of a double-tracked picked guitar with some sparse chords hovering in the background. The vocal of track three, 'Holdin' The Storm', has also been double-tracked, but here I find the decision to lift the double-track in level for verse two a bit odd as it makes the vocal sound a bit loose.

Apart from the occasional small oddity in the mix this is a very good album, accessible without being too commercial. As well as good sounds, this recording also has that indefinable 'feel' factor without which good sounds mean nothing.

How do you make a recording that has a great feel? Creating the right environment and atmosphere for the performers to do their stuff is a big part of it, and is usually considered to be part of the job of the producer. But what happens when you are producing yourself? For bands, it's about getting everyone in the right mood at the same time and keeping them there — no wonder so many split up! Solo artists with no-one to bounce ideas off have a much harder job and have to think themselves into the right frame of mind.

Technical factors like a good foldback setup and monitor mix will obviously help inspire a good performance — if you don't like what you're hearing you're not going to play well. But in the end, you have to be prepared to work for it. If things aren't going your way, be patient, take a deep breath and try again.

Phil Melin specialised in music technology for his degree in Contemporary Music and since finishing college he has been pushing his music via his own independent record label. He describes it as dark, atmospheric electronica and it tends to focus on the seamy underbelly of society for its lyrical inspiration. 'CCTV', for example, is more voyeuristic than political, while 'Overdrive' tackles another contemporary theme, that of addictive behaviour, inevitably ending on a depressing note. In fact there is little solace to be found on the CD, which ends so abruptly I can almost hear the sound of a needle being dragged sharply across a vinyl record!

The music keeps up the aural bombardment for the most part and is relentless and busy. For example, the forceful pounding of the bass drum on the first track is cleverly layered with a bouncing synthesized throb which takes no prisoners. The stereo percussion tracks, using classic electronic hi-hat and snare sounds, continually pester you for attention and are embellished by synth noises and effects. You'd think that there wouldn't be any room for a vocal, but Phil's almost spoken delivery is given its own space in the mix by the use of a heavy, retro-style reverb. A vocal EQ which softens the sound also helps it to sit well against the harsher tones of synthesizer and percussion. Thankfully, he steers clear of using overdrive on the voice on the track called 'Overdrive'!

'CCTV' however, does use such an effect, which could actually be improved with a mid-range cut to give it more clarity and even a telephonic tone. Some light and shade is introduced to the arrangement as the mix drops to the vocal alone for the line 'Shut me down', and I also found the short breakdown to a string pad very effective. This runs into an electronic drill sound created using a highly resonant filter sweep. In combination with other noises like gasps and half-audible vocals in the background, it creates a disturbing sound collage over which the sneering vocal slithers. Phil doesn't say what microphone he's using but with such heavy effects on the voice (overdrive and delay with perhaps a touch of modulation) he could use a budget dynamic and get away with it.

The mixes are well handled considering how busy they are and the bass end of the mix is powerful without being overbearing. Personally I'd be tempted to allow a little light into this dark sonic landscape occasionally — the use of retro string pads is a good idea which should be built on. The steely sound of a Mellotron sample is another option which might be worth investigating. The bass lines and sounds seem to be continually pulling in a drum & bass direction, so a few breaks into that genre wouldn't be that out of place either. 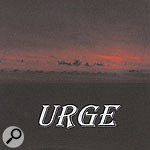 This band have a well-equipped studio in North Wales which has obviously taken some effort to put together. The songs are for the most part well recorded, with some particularly good snare, vocal and electric guitar sounds, although the acoustic guitar has been DI'd and sounds rather artificial. This works for the opening number but not the slower tracks. It's a shame that the acoustic guitar wasn't miked up using one of those lovely Rode or Neumann microphones mentioned in the band equipment list — even a combination of DI and microphone can be effective. The drummer is a little inconsistent with the volume of his snare hits and occasionally drops one out or disappears completely when the backing goes up in level (on the chorus of the first song, for example). To make mixing easier, Urge could bounce the snare from the one-inch reel-reel machine used to record it onto their PC for editing in Cubase. I see that a synchroniser is included in the kit list, and it's a vital bit of equipment for this kind of job. Finally, the bass end of the mix doesn't seem to have the depth it should do, especially since it's coming off tape, so the band need to make sure that they're not over-EQ'ing at source or rolling too much of the low end off at the final mix.

Trevor has overcompressed the opening track, causing the whole mix to dip audibly every time the kick drum is hit. The drum pattern used is a looped sample and doesn't really need much in the way of compression to stay consistent and punchy in this mix. If the rest of the backing requires compression, I'd suggest submixing everything which needs heavy dynamic treatment to a stereo buss and applying compression just to that. The drum loop and vocals are then free to be given a different treatment, or none at all. Remember to route the submixed channel signals to the main left/right buss and not the source channel signals, otherwise you'll get phase problems and the punchy effect of the compression will be weakened. Trevor has got a good, traditional rock voice but needs to elimate the popping on the vocal track at source by using a good pop shield or better microphone technique. The vocal could also be mixed louder with a little less reverb too.

The picture of Da Capo's studio supplied with the CD shows a room even more cluttered than my place! I don't think they're going to get any problems with high-frequency reflections, given the number of books in there acting as diffusors. Despite the homely, relaxed-looking studio, Da Capo acknowledge that they are having trouble with their recordings. It seems that people like the songs when they are played live, but find the recorded versions less satisfactory. One of the problems is that the performances aren't tight enough and this is a direct result of the recording method: if the drums must be recorded after the acoustic guitar and vocals, then you have to make damn sure that the guitar take is rhythmically very solid. Using a click track is one possibility, but if this is difficult for the guitarist to play to then I would suggest trying to record acoustic guitar, bass and drums together. Since, as Da Capo say, the drums are recorded in another room anyway and the bass can be DI'd, it would only require two or three different foldback mixes. This approach might yield a recording closer to the band's live sound.

Simon's classically orientated prog rock could almost be a contemporary version of ELP. The standard of musicianship is staggeringly high, yet Simon occasionally has a tendency to place the organ to the fore of the mixes, sometimes at the expense of the drums. These have been sympathetically programmed and sound excellent but I can understand why Simon would have preferred to record with a real drummer and bass player. However, finding musicians good enough to tackle such technically demanding material would be difficult! While a real bass player in particular would perhaps have a more fluid style of playing, Simon's programming is more than good enough to get his musical ideas across. The organ sounds, provided by a Korg CX3, are terrific, though the textured synth tracks do sound a little old fashioned. I was particularly impressed by the compositional skill shown in the fourth track, 'Truth And Reconciliation', which made effective use of the Roland JP8000's sounds.