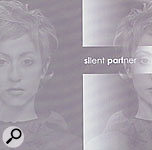 Here's an example of a recording where the engineer shows a really good knowledge of the gear he's using. Some of the effects created using the combination of sequencer and sampler are excellent, but there are also some apparently standard sounds which are, in fact, very inventive.

One of these is the dulcimer-type sound on the second mix which was created by hammering the strings on the inside of a real piano with a vibrastick and multisampling the results. An arpeggiated chord sequence of this sound is then used to lead us into the main body of the track and I was very impressed with both the sound quality and imagination that went into this. It makes for a more subtle return to the chorus, which also features a comb-filtered single note on a pattern of sixteenths and some modulated strings which build to the chorus during the verse. In fact the string line, simple as it is, provides a good countermelody to the vocal line, and is made all the more interesting by the use of stereo flanging — very reminiscent of the early eighties.

These mixes are particularly strong on vocal treatments. One involves taking the start of the word 'end', staccato-repeating it (presumably using the Akai sampler) then dropping the pitch and echoing it as the sound dies away. Another break begins with a mutitracked vocal 'ah' which is used to create a moment of tension, increasing in volume before then dropping into a pattern created by delays and phase. It's very well done, but, significantly, these breaks never outstay their welcome in the arrangement and are not repeated until they lose impact.

Strange then, that it's the main vocal line which struggles to convince. It simply sounds like not enough attention has been paid to actually producing the performance. The verses, for example, could be improved by putting less effort into the singing. At present there's not enough obvious contrast between the style of the vocal in the verse and chorus. The mood of the music is sultry for the verses and a close-miked vocal in the same vein would work well. As for the chorus, the vocal, although well sung, fails to live up to the big sound of the instrumental backing. This could be rectified by multitracking the main vocal, using a wide stereo reverb or adding backing vocals. My personal feeling is that a double-track with delay and reverb would sit well with the backing track. If that's not to Silent Partner's taste, maybe they should try turning the vocal up in the mix and fattening it with compression and EQ.

There's no substitute for talent and Danny Cope has plenty of it. His self-penned songs are excellent and the arrangements are strong, with interesting chord progressions and guitar parts. Not only that, but the bloke can sing really well too!

The vocal has been recorded using a borrowed Neumann TLM103 condenser which suits Danny's voice very well. This narrative style of songwriting really requires the vocal to be clear so you can hear the lyrics and he's decided to keep the vocal fairly dry and upfront in the mix. The Emagic compressor plug-in he uses holds the vocal level nicely in place — I've always found it to be sympathetic to vocals and particularly easy to set up. In this instance it's fairly transparent, and that's a good decision for material which doesn't require the vocal to be made more aggressive or punchy by compression.

As for the guitar, he seems to have a knack of writing interweaving and complementary guitar parts to lift the choruses. For example, the second song features two acoustic guitars with an on-beat strumming part panned right and an off-beat one panned to the left. It's simple enough idea, but you've got to get the timing right to make this stereo groove work. Elsewhere he uses repetitive picking patterns on an electric using two panned guitars once again. This time, interest and dynamic lift is achieved by using low chord inversions to the right of stereo and higher ones to the left, creating the sort of uplifting jangly guitar sound that bands like The La's were good at. He's also not afraid to use effects like echo, vibrato and backwards guitar, but these textures are always tastefully applied.

The songs are underpinned by a tight rhythm section of real drums and bass (bass is his main instrument). The drums were recorded using a borrowed AKG drum mic set, and although some engineers criticise these small diaphragm microphones for producing a similarly small sound, I think it works well for these songs. It also sounds like there's a fair amount of overhead miking in the mix and I believe these are AKG C1000s which will open up the sound nicely, although one American producer gave me a hard time for even taking one of these particular microphones out of the box!

Given the lack of proper monitors, Danny has done a very good listening and mixing job using just domestic Sony speakers and Audio Technica headphones, which proves that all you really need is a good pair of ears. 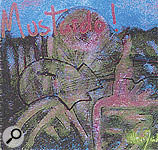 Everything sounds heavily compressed on the opening track — even the sampled Tabla loop. In fact, it's the lower frequencies which sound the most heavily treated, resulting in a mix which sounds bright and a little brittle in the upper-mid frequencies. The dips in level following the instruments' transients give away the fact that the compressor's attack time is set too fast. Listening to some of the later acoustic guitar tracks (which are all well played, by the way), I also came to the conclusion that they've been over-EQ'd somewhere along the signal path. The resulting sound lacks warmth when heard in isolation, for example on the solo guitar tracks — yet it's a sound which slots nicely into context when bass guitar and percussion tracks are added. This simply demonstrates that for each musical context you have to take a different tonal approach to the sound source.

Treading a now familiar path, composer Paul Savery integrates world music and ethnic atmospheres with dance music. All the tracks on this CD are of epic proportions, with the shortest coming in at a mere nine minutes, 20 seconds! Paul likes to go for a big sound, the bedrock of which is the drum and bass groove, and the obvious reference is Transglobal Underground. Similarly, the drums and weighty bass are at the forefront of the mix, with added punch afforded by compression. The drum loop is solid and enhanced by percussion which certainly helps the groove but makes the mid-to-upper range of frequencies in the mix very busy. Add to this a sequenced synth loop and a sampled middle eastern melody and you've got quite a confused area of the mix. However, it does convey the bustle and excitement of a busy North African market, adding to my feeling that this would make good film soundtrack material in the Fifth Element mould. I can't hear anything that's really new in these mixes but they are well handled and certainly on a par with some of the early-'90s material Paul seeks to emulate.

While the singing and playing is good, this must be the lowest-level CD that we've ever received — so much so that it's peaking a good 15dB below most other people's work during the quiet sections. Considering that it's just one man and his guitar, recorded using two Audio Technica AT3035s and Logic Audio, you'd think it would be straightforward. But wait — Mike's performance covers a wide dynamic range and engineer Mark has obviously set up the record levels to cope with the loudest section. It's unlikely that the musician would have consented to performing sections separately to optimise levels, and why should he compromise his performance anyway? In such situations it's up to the engineer to know the song so well that he can ride the levels with the faders on the way into the recorder (not the case here from what I can gather), to use compression, or find a way to deal with it later. Without any outboard compression in the recording signal path (simple compression wouldn't have been any use in this case anyway), some gain riding and compression while mixing would have produced a more dynamically even result. Fortunately, digital recording is more forgiving on low-level recordings than analogue is and you can often get away with raising the overall level using these techniques without adding significant extra noise. 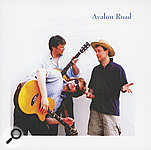 These feel-good acoustic songs are characterised by a rather odd reverb, having been recorded live in a small room. Although the instruments were close-miked with individual microphones, there is bound to be a significant amount of spill from the other performers. This is compounded by the use of two ambient microphones to pick up the overall performance of the group — a mistake in a room which has the reverberant qualities of the average bathroom. In fact, the natural reverb is so strong on early reflections it almost sounds like ADT (Automatic Double Tracking). The good-quality condenser mics used faithfully reproduce the room sound, in addition, it must be said, to some fine vocals, guitar and blues harp. A more controlled acoustic environment would be a better start for this kind of live recording and unless it's a fantastic-sounding room, don't bother with ambient microphones. It's not quite the same, but you can get good results from even budget artificial room reverberation if you use it in moderation on a lower bandwidth, with the high frequencies limited to, say, 4-6kHz and a decay time of 0.8-1 seconds.

These classic MOR songs are well constructed and there are some good lead and backing vocal performances. Yet the programmed drums vary in quality from good to fairly pedestrian. A simple comparison of the first track and the third clearly demonstrates how much better the sounds and the groove are on the latter. There's also a tendency to rely on some of the tackier keyboard presets — saxophone, for example — which immediately brand the production as lo-fi when it would have been worth paying your local sax session man a few quid to do a better job. On the mixing front, I'd like to have heard the lead vocals mixed higher, but the backing vocals are excellent. Manikin need to watch their EQ — there's a tendency to over-EQ the drums in the high-frequency area and the crash cymbals become too dominant as a result.

The bass frequencies on these chillout tracks are generally warm and weighty and I liked the use of panned reverb and delays. It always sounds more interesting when single-strike chords are panned a little to the left or right of stereo and an effect like reverb with a tempo-sync'ed pre-delay panned to the opposite side. On slower grooves like this you can also afford to have a longer reverb decay tail, say 2.5 to 3 seconds, without clouding the mix. Occasionally there's a tendency to overdo the bass, particularly on the third mix, but this could be sorted out in post-production with a low-frequency cut of a few dBs at around 45Hz to put it into line with the other tracks. The best mix is the fifth, where the instrumental balance is excellent and the arrangement holds the interest without losing the groove.