Has the recent update to GarageBand narrowed the gap between the bundled music software and its professional sibling, Logic?

The launch of iLife '11 has brought a new version of Apple's 'free with a Mac' DAW, GarageBand '11, which is actually version 6 of this deservedly popular music-making and podcasting application. Derived from Logic Pro, it won't surprise you to learn that more features found in Logic turn up in this version, making GarageBand an even more powerful platform in its own right. 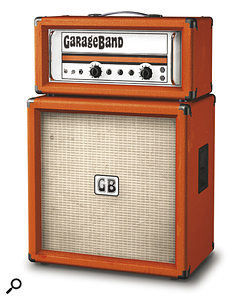 Flex Time has been added, allowing the user to change the timing of audio recordings by dragging any part of the waveform. But, as you might expect, the FlexTime complexities offered by Garageband's more powerful stablemate are hidden, in Garageband, behind an easy‑to‑use graphical interface. For example, when hovering over an audio region in the Audio Editor, the pointer automatically changes to the Flex tool (Logic users would have to choose this from the toolbox). For audio files imported to a GarageBand project, trying to use this tool causes an analysis of the audio to take place. Logic Pro would offer four Flex modes at this point (different Flex modes offer different algorithms for time compression and expansion). Being rather complex, this probably wouldn't be in keeping with the level of expertise normally required of the GarageBand user. Therefore, GarageBand chooses a Flex mode without offering the choice, presumably making an educated guess on the user's behalf. Once analysed, the Flex tool can be used to make timing adjustments as required, with a minimum of Flex markers appearing, in order to reduce the potential for on-screen confusion. 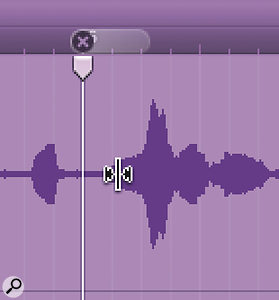 Perhaps the most significant update to the GarageBand feature list is the addition of Flex Time, previously a flagship feature of Logic. Will this encourage potential Logic users to stick with GarageBand?

Also new to GarageBand '11 is Groove Matching, which allows the user to select a track to act as the 'Groove Track' and then choose which other tracks will have their timing aligned to match the Groove Track. This is a technique already available in Logic Pro, offering far more in terms of Flex modes and advanced quantisation options, but GarageBand wins in terms of ease of use. 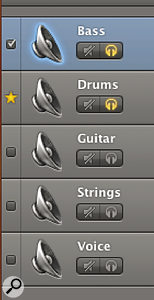 Choosing a Groove Track and selecting which tracks conform to that groove is as simple as ticking a box in GarageBand '11.

'Follow Tempo And Pitch' is a combination of Logic Pro's Flex Time and Region Transposition functions. When it's enabled in GarageBand, the 'Quantize Note Timing' option in the Audio Editor parameters becomes available. This happens automatically for files recorded into the GarageBand project and is a manual operation for audio files that have been imported. GarageBand now offers a range of 15 quantisation settings (to match the Timing Grid options on offer), increased from the four options available in GarageBand '09. One feature not found is the ability to Auto Quantize an audio recording: this can only be carried out after recording in Logic.

Adding to the 'Learn To Play' feature, there are 22 new lessons available, making a total of 20 for the guitar and 18 for the piano. The included Glossary provides a wide range of background information about your instrument and related music theory.

'How Did I Play' scores your recorded performance of the lesson as a percentage, tracks your progress on a chart and gives a visual indication of which parts you played successfully and which need more work. The Lessons feature is becoming a viable alternative to paying an actual teacher, if you get along with 'Tim', the instructor. There are still a lot of improvements that could be made to this feature, but I'm keen to see Apple continue to support such a potentially powerful resource.

So, in all, this is an upgrade that is perhaps exciting and disappointing in equal measure. While the upgrade is great news for musicians, other features, such as podcasting, remain unchanged. There's a possible two years until the next major upgrade and that's a long time to hold on to the reputation that GarageBand has gained as a podcasting solution.

The additions to GarageBand '11, in terms of music production, borrow heavily from resources already available in Logic Pro. While offering as much ease of use as might be possible with such advancements, these additions place the ball firmly back in Logic's court to come up with something radically new and significantly advanced from that which can now be achieved in GarageBand.