Inside Track: Bruce Springsteen 'Letter To You' Skip to main content

Inside Track: Bruce Springsteen 'Letter To You'

Secrets Of The Mix Engineers: Bob Clearmountain By Paul Tingen 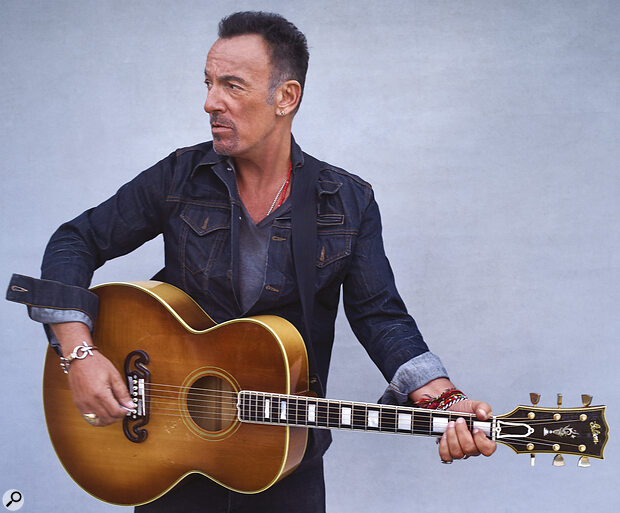 Bruce Springsteen’s latest album was an international hit last year, but the console it was mixed on was made a quarter of a century ago. Mixing legend Bob Clearmountain was at the controls.

“A note to your readers: you figure it out! That’s how I learned. Nobody told me what delays or reverbs to use. I would listen to records, and I’d try to work out what they had done, and then I’d try to recreate that, and come up with my own thing. The great part of mixing is figuring out for yourself what works for you, and for the music and the song and the lyrics, and what doesn’t. Asking me exactly how I did something is pointless. It really is. I know it is your job to report on this stuff, but dude, it doesn’t work this way.

“I learned by doing things,” Bob Clearmountain continues. “When I started at Media Sound in the ’70s in New York we mostly did jingles, and a lot of the time I was not watching somebody else, but I had to work out what to do myself. So if you’re sitting behind a computer, just try stuff. You can do anything you want. But forget about the presets. Presets are for dopey people. With any piece of gear, play with it and listen and learn all the things it can do.” 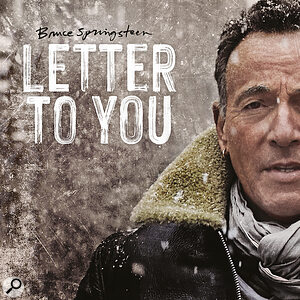 For the legendary Bob Clearmountain, listening is everything, and he prides himself in doing almost everything by ear, and being creative. It shows in many of his working methods, for example the fact that he still mixes on a console, at a time when the vast majority of his colleagues have gone in the box.

“Mixing in the box is like torture to me. I don’t understand how people can do that and remain sane. Working with little pop‑up menus and windows and so on is just not enjoyable to me. But when I’m mixing at my SSL, it’s so much fun, it feels like I’m having a day off! I love the process of mixing on a desk, and the sound also is a big part of that, of course. But most of all, it forces me to trust my ears, rather than my eyes. It’s about audio. It’s not a visual medium! A few years ago at an AES trade show someone demonstrated some edits in Logic, and then said, ‘Let’s hear what that looks like.’ I started laughing immediately. I thought it was a hysterical thing to say!

“DAWs have many advantages. It’s easy, for example, to align several bass drums in Pro Tools. We used to do that on tape: we’d fly stuff out to half‑inch tape, and then back in, and we’d use our ears to get them in time. It was more tedious and we couldn’t be as precise, but it worked. I don’t use Melodyne or Auto‑Tune but tune vocals using the Waves SoundShifter plug‑in. It’s a manual pitch shifter, and I use it the same way I used the Eventide H3000. I just listen and dial it in. I also do this completely by ear. Some things may not be perfect, and that’s fine, because you don’t want to completely suck the life out of a voice. Today, the vocalists in country music in particular sound like machines. They all sound like the same person, with the soul sucked out.”

Bob Clearmountain inarguably knows a thing or two about mixing records that have soul and life, and about enhancing these qualities rather than stifling them. It was one of the main reasons he managed to become, in the early ’80s, the world’s first star mixer. The unbelievable amount of classic records Clearmountain has worked on over the decades says it all. They include records by the Rolling Stones, Hall & Oates, Paul McCartney, the Who, David Bowie, Chic, Bryan Adams, Roxy Music, Bruce Springsteen, INXS, Toto, Bon Jovi, Simple Minds, Sheryl Crow, Crowded House, Bryan Ferry, and many more. 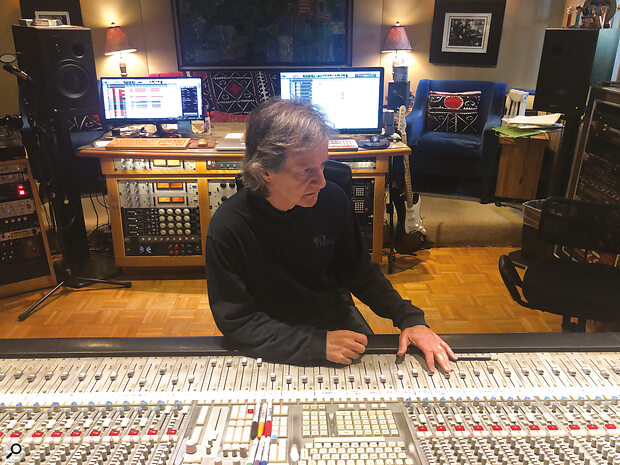 Bob Clearmountain in the control room at his Mix This! studio.

Clearly, Clearmountain’s biggest achievements were, and continue to be, in the rock arena. And so one wonders how he survives in the current music world, which is dominated by genres like pop, trap, hip‑hop/R&B, that are all intrinsically linked to DAW‑based working methods, with vocals and programmed music perfectly pitched and timed, instant recalls, and tracks that are compressed and limited for maximum loudness.

Clearmountain stays well away from this particular musical maelstrom, and many of the associated working methods. He nonetheless remains not only the most celebrated mixer of all time, but also relevant in 2020, as was illustrated by his mix of Bruce Springsteen’s latest studio album, Letter To You, which went to number 2 in the US and number 1 in the UK, and in a dozen or more other countries. As Clearmountain‑mixed music for the umpteenth time tops charts around the world, it’s worth finding out how he works today, and to what extent he’s adapted to the latest technology.

“I was one of the first to use Pro Tools, in 1991,” comments Clearmountain, “though I’m still not very good at working with it. I must admit, as much as some people get mad at the guys at Pro Tools, this program is really good. They have come up with some amazing stuff. If you don’t mind the torture of working purely in Pro Tools, you can do great things. Especially helpful for me is the ability it gives you to fix small things. I do volume automation on my desk, but I’ll go into Pro Tools to correct a small detail, like a consonant that jumps too loud or that I’m not hearing. Clip Gain is great for fixing things like that, and you can also use Clip Effects to add a filter or EQ for a brief moment.