Inside Track: Lady Gaga 'Rain On Me' Skip to main content

Inside Track: Lady Gaga 'Rain On Me' 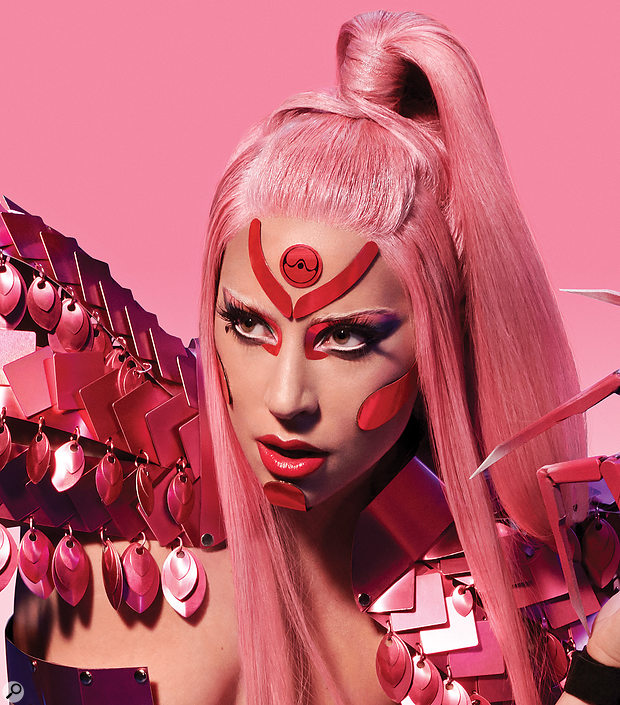 Lady Gaga's latest album was two years in the making, and marked a return to her electronic roots.

Released on 29th May 2020, Lady Gaga's sixth studio album Chromatica has been overwhelmingly successful, going to number one in dozens of countries, including the UK and the US. The single 'Rain On Me', featuring Ariana Grande, also topped many charts.

Musically, the album is a throwback to '90s house music, set in a modern pop and EDM-inspired context. It sees Gaga reconnecting with the electronic dance and pop of her first three albums, The Fame (2008), Born This Way (2011) and Artpop (2012). Since then, she made an album with Tony Bennett, Cheek To Cheek (2014), a solo project inspired by Americana, Joanne (2016), and then there was of course the smash soundtrack for A Star Is Born (2018).

Chromatica is a big-budget album that was made over two years, with the involvement of dozens of musicians, producers, engineers, arrangers and programmers. Producer Bloodpop was Gaga's main co-writer and collaborator, while other writers and producers include Matthew Burns, the legendary Max Martin, Tchami, Rami Yacoub, Madeon and Skrillex. 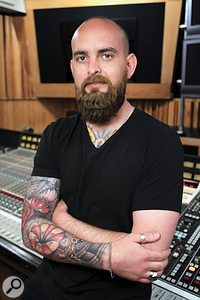 Benjamin Rice has worked with Lady Gaga since her 2012 album Artpop.Photo: Buffy HubelbankTwo other essential names in the album credits are those of Benjamin Rice and Tom Norris. "I first worked with LG on Artpop," says Rice. "I started out as second engineer, and towards the end of the project I became first engineer, and from that point I have been her engineer, mixer, vocal producer and so on. I handle many different responsibilities, rather than these being split up between different people. When you become someone's trusted collaborator, you provide them with consistency, you understand what they are going for, and you become part of their creative direction. It's a service job, and it's an honour to do it.

"I was with her for the entire two years that it took to create the A Star Is Born soundtrack, and the same with the Chromatica album, from the first day of writing until the day we were approving masters. I'm also good friends with Bloodpop and we have worked together on some other projects as well. For the writing of Chromatica we'd go to LG's studio, which is Frank Zappa's former Utility Muffin Research Kitchen studio in the Hollywood Hills. [See the Craig Parker Adams interview elsewhere in this issue — Ed.] I try to keep up with everything: recording all ideas, recording vocals, starting to shape things, anything that she needed and the producers needed. I hopefully was the anchor of the situation.

"As the project progressed, we moved to EastWest Studios for a few weeks, then we spent a few weeks at Westlake Recording Studios, we were one day at Max Martin's MXM Studios, and we finished the album during a six-month spell at Henson Recording Studios. It took two years in total, though there were some breaks. Throughout, the core team for Chromatica consisted of Bloodpop, Burns, Rami, Tom Norris, who came in to mix during the last six months, and myself. We had more rotating producers who came in to collaborate, and I was in Studio B for vocal production.

"Every time there was a change to the instrumental productions, I'd try different vocal productions. There was a lot of trading files back and forth. It really was a team vibe. It felt like being in a band. I also recorded all the live instruments on the album: guitars, drums, percussion and so on, apart from the recordings of the three orchestral tracks. These were done at Henson, by composer Morgan Kibby, and she brought her own production team and players."

Rice is originally from Texas, where he started playing drums, guitar and piano at age 12. By 13, he had fallen in love with the recording process. At 17 he got a job at SG Studios in Fort Worth, where he was mentored by producer Greg White, and he went on to play drums in the band Pilotdrift, touring the US for years. After a stint in the army, Rice continued his music career studying at Full Sail, and via Josh Gudwin (Justin Bieber's engineer, mixer and producer), Rice got a job at Record Plant in LA. It is here that he met Lady Gaga. Their collaboration eventually led to him earning an Album Production credit and Grammy Award for his work on the soundtrack for A Star Is Born and co-producing 'Shallow', Gaga's famous duet with Bradley Cooper and the most awarded song in music history.

Rice's wide-ranging experiences have led him to develop an approach to vocal production that's as unique as it is complex. His Pro Tools vocal recording template comprises 60 tracks or more, and he obsessively polishes hundreds of vocal takes and tracks to arrive at perfectly produced and mixed vocals.

"My philosophy with LG, and with this project in particular, is that I don't categorise vocals as rough writing vocals or final vocals. Every vocal that I get from her, whether from an early writing session, or on the last day of recording, has the potential to become the final take for that part. It really is an evolving process of chasing the target of what she wants her vocal to sound like, also depending on the production, of course.

"Whether we are starting a track from scratch, or continue working on a song that's already fairly well-established, I start with the same vocal mix Pro Tools template, which serves two purposes: it gives me a way to immediately get a good-sounding vocal with great effects, and that means that she can get really inspired in her headphones as she's singing. Secondly, it helps me with organisation and efficiency. So in effect I'm kind of vocal mixing on the fly."