Secrets Of The Mix Engineers: Taesub Lee By Paul Tingen 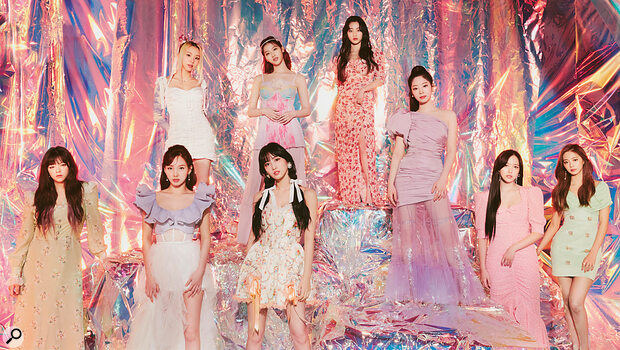 When you’re polishing a nine‑piece vocal band like TWICE to K‑pop perfection, organisation is essential!

The Korean Wave has been sweeping the planet since the early ’90s, and now challenges even Hollywood for the crown of leader of the worldwide entertainment industry. K‑pop is a crucial part of this wave, and its place on the international music scene has grown almost exponentially. In 2020 alone, it experienced 44.8 percent growth in the US.

This multi‑billion‑dollar industry is driven by a whole swathe of boy and girl bands. First amongst them are megastars BTS, followed by TWICE, BlackPink, TOMORROW X TOGETHER, Stray Kids, ENHYPEN, NCT127, ATEEZ, SEVENTEEN and ITZY. (In line with the brash, extrovert, colourful image that K‑pop projects, many acts like to stylise their names entirely in capital letters.)

At the heart of the enormous proliferation of K‑pop acts is a Korean music industry that is dominated by four companies. JYP Entertainment, SM Entertainment and YG Entertainment were all founded in the ’90s, while HYBE Corporation was started in 2005. Each of these multi‑million‑dollar companies was started by a famous record producer, respectively Jin‑young Park, Lee Soo‑man, Yang Hyun‑suk and Bang Si‑hyuk. Apart from HYBE, they take their names from the initials of their founders. Park, Bang and Yang also are singers and songwriters.

We covered K‑pop for the first time in August 2018, when London mixer James F Reynolds appeared in the Inside Track series, talking about his mix of the BTS hit ‘Fake Love’, the lead single of their US number one album Love Yourself: Tear. More than three years later, it’s time to take a look at the production and mix process of K‑pop in Korea itself. 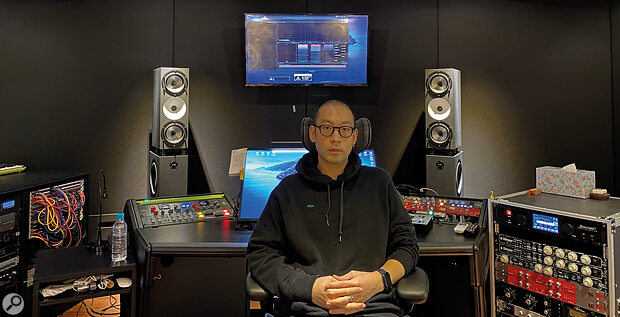 Behind‑the‑scenes interviews about K‑pop are rare, but JYP A&R Jane Kim and JYP head engineer and mixer Taesub Lee were thrilled to talk about their work on TWICE’s third album, Formula Of Love: O+T=<3, which was a number one on the Billboard World Albums chart, and number three in the main Billboard 200. (The O refers to the TWICE fanbase, who are collectively called Once, and so Once + TWICE = heart shape, or Love).

TWICE consists of nine young women, and the band were formed in 2015 by JYP Entertainment. The group had their first Korean number one in 2016, with ‘Cheer Up’, and have enjoyed a string of Korean and Japanese number one singles since. The group’s debut album, Twicetagram (2017), also went to number one in Korea, as did their first Japanese album, BDZ (2018), in Japan. TWICE broke through in the US with their Taste Of Love EP, released in June 2021 and reaching US number six, and Formula Of Love: O+T=<3, released last November. 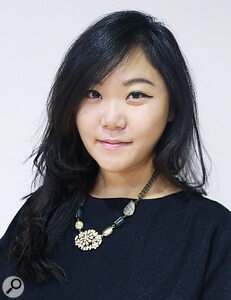 JYP's A&R Jane Kim.Both Jane Kim and Taesub Lee have worked with TWICE from the group’s beginning. Kim, who is Korean‑American, was born in New Jersey, and studied Cinematography, Film/Video Production and Linguistics in New York. Following this, she did a Master of Arts degree in A&R and Music Business at Berklee College of Music in Valencia, Spain. Kim started to work for JYP in 2009, initially as artist manager for the Wonder Girls, who went on to become the first Korean Billboard Hot 100 artists, and pioneers of K‑pop crossing over to the West. Since 2014 she has been an A&R manager. She has worked with groups like 2PM, GOT7, Stray Kids and ITZY, and is now in charge of TWICE and several other artists.

Kim’s command of the English language meant that she often translated for Lee during a 90‑minute Zoom conversation, conducted from Lee’s studio in JYP’s headquarters. Kim started by elaborating on her role with TWICE in general, and the making of Formula Of Love in particular. “I may suggest a direction to the team, and the group, but in the end we make all decisions together,” explains Kim. “So it always ends up being a big team effort. [JYP founder] JY usually is very involved with the singles, and sometimes writes and produces them. He trusts the team to handle the album tracks.

“A&R’ing Formula Of Love was pretty challenging and fun. I was the only A&R for the album and worked on all 17‑18 tracks, including the remix. I tried to communicate as much as possible when preparing the album. I talked with the girls about what they wanted musically, and they suggested 3:3:3 unit songs, with just three girls singing in each, so they can have more variety in live concerts. We tried new things, like having several English tracks to appeal to all global fans, and also doing different genres.” 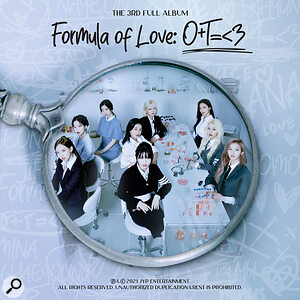 Producers and writers who TWICE have worked with in the past include Zara Larsson, MNEK, Kim Petra and Charli XCX. As K‑pop has become more successful in the west, an increasing number of Western producers are getting involved in its making, leading to crossovers between Korean and Western artists.

The credited writers on ‘Scientist’ are Anne‑Marie, Melanie...