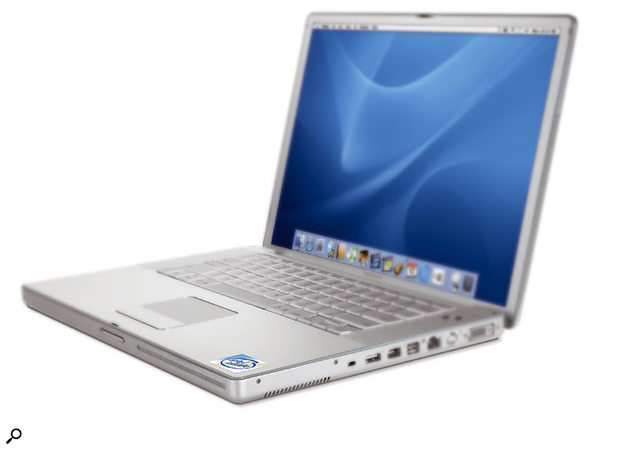 Apple users are used to transitions, having moved from 68k-based Macs to Power PC processors, and the classic Mac OS 9 to Mac OS X. Now it's time for the third and most shocking transition of all: the move to Macs with Intel processors.

There's one word on the lips of most Mac users at the moment, and that word is Intel. After more rumours than usual over the weekend preceding Steve Jobs' keynote at this year's Apple Worldwide Developers Conference (WWDC), this time concerning the company moving away from the Power PC processor architecture to Intel's x86, the Apple CEO confirmed that the rumours were, indeed, true. What this means is that, starting from 2006, Apple will ship Macintosh computers powered by x86 Intel processors, the same processors used by computers running Windows today. Intel will not be manufacturing any Power PC variant for Apple.

Jobs introduced the topic of Macs with Intel processors by saying "let's talk about transitions". He went on to describe the two main transitions of the Mac's 21-year history. Firstly, the move from 68k processors to Power PC-based designs during 1994-96, which the Apple CEO described as having "set Apple up for the next decade", calling it "a good move" and, secondly, the more recent "brain transplant" from Mac OS 9 to X during 2001-03. The change from Power PC to Intel marks the third major transition for the Mac, and while Jobs commented that Apple have "great products right now" and "some great Power PC products in the pipeline", he conceded that the company didn't know how to make the products they were envisaging with the current Power PC 'road map'.

Acknowledging that two years ago he stood on the same stage when introducing the Power Mac G5 and promised a 3GHz G5 within a year, Jobs was admirably candid about the fact that Apple hadn't been able to deliver either a 3GHz Power Mac G5 or a Power Book G5. According to Jobs, Intel will be able to help Apple in both of these departments: great performance is assured by utilising Intel's Pentium D dual-core desktop processors or a couple of dual-core Xeon processors for future desktop and server machines, but where Intel have really succeeded in recent years is in the mobile market. The Pentium M has been a huge success for Intel, as part of the Centrino brand, and in his keynote Jobs mentioned that Intel's projected performance per watt for mid-2006 was over four times higher than that of the Power PC.

Building a computer with Intel's technology shouldn't prove too difficult for Apple's engineers, but one of the most important factors in the transition to Intel-based Macs will be, as Jobs himself put it, "making Mac OS X sing on Intel processors". And here's where more rumours that have been floating around for a while turn out to be true, as the Apple CEO confirmed that "Mac OS X has been leading a secret double life for the past five years", and that "every release of Mac OS X has been compiled for both Power PC and Intel". This should really be no surprise, since OS X's heritage is Nextstep, the operating system for which Apple effectively acquired Next, which ran on Intel processors. 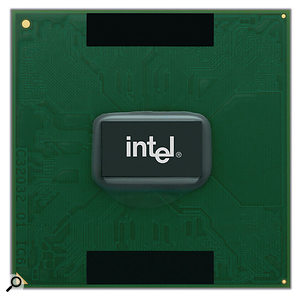 Intel processors... coming fairly soon to a Mac near you.Jobs mentioned an Apple internal guideline stating that "designs must be processor independent and projects must be built for both Power PC and Intel processors", before revealing that the machine he'd previously used in the keynote to demonstrate Dashboard widgets had, in fact, been running Mac OS 10.4 on an Intel processor. It seemed to be working pretty well — although, in many ways, there's no reason it shouldn't. Most modern operating systems, including UNIX, Linux and Windows NT, were either designed or have evolved to run on multiple architectures through modular designs and hardware abstraction. So getting OS X to "sing" on Intel processors turns out not to be such a big deal, since Apple always had the 'just in case' scenario in mind. What is a big deal is the way in which third-party developers will deal with the Power PC-to-Intel transition, especially since they've only just got through the move to OS X.

This third transition finds Mac users and developers in pretty much the same situation they were in 10 years ago, during the move from 68k to Power PC, which many reading this column will remember. The biggest problem, in my opinion, isn't just getting the developers to port their code to the new platform: it's leaving them in a situation where they have to support two different architectures for the same operating system. In the first transition, Apple created what was termed a 'fat binary' that bound together 68k and Power PC binaries into a single package, so that developers could deliver one application to any Mac user. This time Apple have the same idea, except that the package containing both Power PC and Intel versions will be known as a Universal Binary. Developers may remember that porting 68k code to Power PC wasn't always straightforward, but (coming back to the present) Apple have released a new 2.1 update to the company's own Xcode developer tools, to make it simple to both port and maintain Mac OS X applications under two architectures.

The Universal Binary concept will really be important to you if you've just purchased a new Mac and want to be confident that it will be supported by Apple and third-party developers. Analysts and news reporters initially questioned whether the Mac platform could deal with another major shift; to counter this doubt, Apple are doing their best to convince everyone that it won't be too difficult for applications to be ported.

During the keynote, Jobs invited Wolfram Research co-founder Theo Gray on to the stage to describe how it had taken one of Wolfram's engineers only around two hours, a couple of days before the keynote, to make the Power PC-based Mac OS X version of Mathematica into a Universal Binary that could run under Mac OS X on the Intel platform. And since the keynote many other developers have commented on the speed with which they've got their applications running on Apple's Intel-based development systems. One such developer is Luxology, who managed to port their flagship surface-modelling application, Modo, in just 20 minutes. Apple are, of course, to be praised for making it easy for developers, but it's also worth remembering that, with the majority of applications being cross-platform, the source code should already be highly portable.

No matter how easy Apple makes the process of creating Universal Binaries (see main text), it's unlikely that every application you run will be available with Intel-native code by the time Intel-based Macs are shipping, especially if one app you rely on is no longer supported or developed, for example. When Apple moved from 68k processors to the Power PC, the Power PC-based Macs included an emulator that could enable 68k applications to run if a 'fat binary' (again, see main text) wasn't available. This worked well for general-purpose software.

For the Power PC-to-Intel transition, Jobs introduced a technology called 'Rosetta', to bridge the gap between Power PC and Intel-based Macs. It allows Power PC binaries to be translated at 'runtime' and be executed on Intel-based Macs. An application running via Rosetta will never be quite as fast as if it were running natively, since the translation process itself entails some processing overhead. This means that those requiring high performance from music and audio software aren't going to find Rosetta too useful, but Jobs showed Adobe's Photoshop and Microsoft's Word running pretty successfully with Rosetta during his demonstration.

According to Apple's Universal Binaries guidelines, available publicly at www.apple.com/developer, Rosetta is capable of translating applications that can run on a G3 Mac with OS X, and the major restrictions are that it will not run OS 8 or 9 applications, or any code with Altivec or any other G4 or G5-specific instructions.

So what does all of this mean for those running audio and music software on the Mac? Actually, it's probably mostly good news. It's no secret that, in terms of performance and battery life, Apple's current line of Power Books lags behind their Intel-based counterparts, so finally we should get Power Books that can once again live up to their name. And while the current high-end Power Mac offers good performance, as Intel and AMD-based machines move to faster and multiple cores it will be necessary for Apple to keep up with performance, since the hardware will now largely be the same. 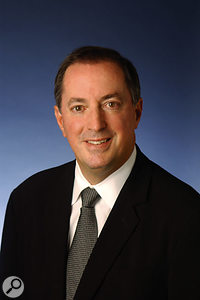 Intel's CEO and President Paul Otellini: "We are thrilled to have the world's most innovative personal computer company as a customer".

In terms of music and audio software companies releasing Universal Binaries, this shouldn't be quite as bad as the process of 'carbonisation' required to port OS 9 applications to OS X. The general application code, such as the user interface and so on, isn't likely to pose a problem, but performance and optimisation are likely to be bigger tasks in some cases, as optimisations for the Power PC — and specifically the Altivec instructions — will require rewriting for the Intel and SSE (Altivec equivalent) instruction sets. Fortunately this isn't so difficult, as Apple provide information regarding SSE equivalents for Altivec instructions in the freely available Universal Binary guidelines.

Many of the major music and audio applications are already cross-platform, so it's likely that optimisations and other processor-specific instructions can simply be adjusted from code that already exists. This should definitely help in companies like Steinberg, Ableton, Propellerhead and Digidesign. And Logic 's developers at Apple have plenty of experience in developing Intel-based code! The bottom line is that, with most software being developed on portable cross-platform frameworks these days, Apple are perhaps right in claiming that this transition will be a relatively painless one.

In the short term, Apple's move to Intel processors will not have a major effect on Mac users. Analysts have speculated that it might slow Mac sales until the newer Intel models appear, but Steve Jobs made it clear that "this is not going to be a transition that happens overnight". And that's probably a good thing. If you buy a Mac now, you're probably going to have a few good years of use from it before needing to upgrade to an Intel-based Mac. A year from now, Jobs said that Intel-based Macs would be shipping, and they're likely to be Macs that can benefit from the Pentium M chip, such as the Mac Mini, Power Book and iMac. But by the end of 2007 Apple expect the transition to be complete, and the thought of a new Power Mac based on multiple cores using x86 processors is pretty intriguing...