Snow Leopard Problems & How To Fix Them Skip to main content

Snow Leopard Problems & How To Fix Them

Although Snow Leopard is growing in popularity, it's not without its problems. Let's look at the solution to one of them... 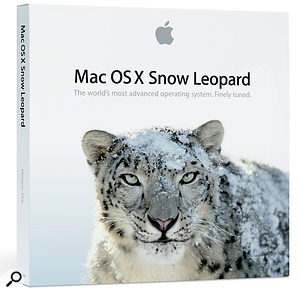 Though Snow Leopard is winning over musicians and developers alike, there are still a few teething problems.

With the announcement by Avid of the latest Pro Tools upgrade to version 8.0.4, we may have confirmation from the most 'careful' of software developers that Snow Leopard can finally be accepted as a 'mature' operating system. This version of Pro Tools is the last to support Leopard, so the writing is on the wall for those of you still wondering about changing your spots.

That's not to say that Snow Leopard is without issues. I have recently supported a couple of musicians who were both suffering from different flavours of the same problem, and for those of you who remember with a shudder the conflicting system extension issues in Mac OS 9, a distant bell of familiarity may start chiming...

In this case, the symptom is that, after opening System Preferences, clicking Desktop and Screensaver will cause the System Preferences application to crash. This has a number of potential causes and solutions:

The 'long number' in each case is a mixture of numbers and letters that is specific to that user. Once located, move each one in turn from its location to somewhere temporary, such as the desktop, and test the System Preferences pane for crashing. Each time you relaunch it, the missing preference file will be rebuilt from scratch. Delete the problematic file once you have found the cause.

AudioCopy/AudioPaste: Sonoma Wireworks (www.sonomawireworks.com, $7.99) have adapted the copy and paste features in the 'iOS' and come up with something called AudioCopy/AudioPaste. Apps that support this SDK are able to place audio on the 'pasteboard' in a format that includes tempo information, the name and length of the file, the name of the app copied from, and so on, using the AudioCopy song tool within the app itself. The 'compatible apps list' on the same song tool will show which apps can be pasted to.

Wireworks themselves have a great iPad app called StudioTrack, which has eight‑track capability, with the ability to bounce tracks. It supports AudioPaste, so that audio created in other apps can be assembled and mixed in StudioTrack. Export to computer is available via Wi‑Fi sync. 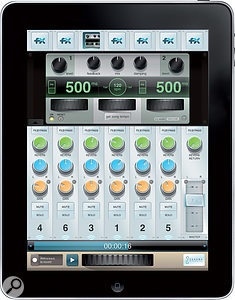 StudioTrack from Sonoma Wireworks: being compatible with the AudioCopy/AudioPaste function from the same developer, this app makes it possible to mix audio from other apps and export them to your computer via Wi‑Fi Both apps are available from the App Store.

Doppler Effects: Retronym's DopplerPad ($7.99 from the App Store, see www.dopplerpad.com for more details) is another AudioCopy supporter (so what you create can be transferred easily to StudioTrack). It's a loop‑based music production app, but what sets it apart is the creative use of the touchscreen interface to give a really engaging experience. It comes with a range of editable synths and drum kits, as well as the ability to record samples via the built‑in microphone and add them to your performance 'on the fly'.