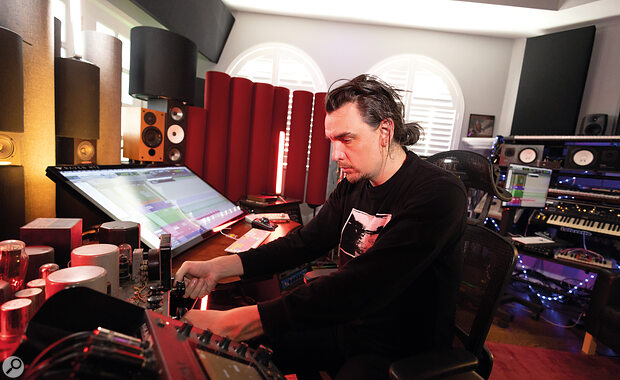 Beyoncé’s chart‑topping album Renaissance showcases a production process that’s all about staying in the moment.

“When I’m working with an artist, it’s all about the original, initial feeling that you get on the first day of recording. If I get off‑track while mixing a song, to find my way again, I’ll go back and listen to what happened on the first day, and how it felt emotionally and sonically. It will not be perfect, but the bulk of the feeling is there, and that’s what I’m always paying attention to.

“For example, the opening track of Beyoncé’s new album, ‘I’m That Girl’, came together mostly on the day we recorded her vocal. I think we did 90 percent of the mix of that song the day we tracked it. Several of the tracks on the album were like that, even as we worked on some others over a long period of time.” 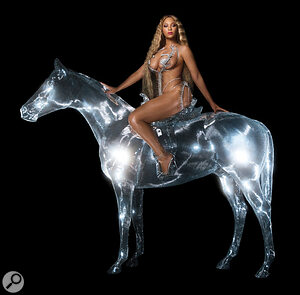 Stuart White is describing what appears to be a new trend. More and more engineers are talking about the importance of the initial feeling when the main recordings go down. It involves keeping sessions simple, using mistakes and accidents creatively, mixing quickly and, often, working on location. At heart, it means letting go of the time‑consuming and energy‑draining second‑guessing that appears to be the inevitable side‑effect of working in a DAW.

Since 2012, Stuart has been Beyoncé’s personal engineer and mixer, and particularly during the making of her latest album Renaissance, he has been moving more strongly in a direction that emphasises performance, speed and spontaneity over technology. Elsewhere in this issue, Jason ‘Cheese’ Goldberg tells a similar story about his work with rapper YoungBoy Never Broke Again.

Having cut his teeth working with Russell Elevado, Ann Mincieli and Tony Maserati, White has been around at the top level since he started his career at Quad Studios, NYC in 2002. His credits include Alicia Keys, Nicki Minaj, Sia, Jay‑Z, Nas, FKA Twigs, Megan Thee Stallion and Solange. He has won two Grammy Awards, and enjoyed seven nominations. White last featured in Sound On Sound in September 2018, talking about engineering and mixing the album Everything Is Love, by the Carters, aka Beyoncé and Jay‑Z. Four years later White is keen to stress how much has changed since then. As well as mixing the whole of Renaissance, he also has an engineering credit on every song, as well as credits for drum programming and additional production on several tracks.

“When I was younger,” White explains, “I used to be really obsessive about making sure my sessions were well‑organised, with elaborate organisation, proper track names and extensive colour‑coding, and so on. But now I just work quickly, and worry about what really matters. While colour‑coding is helpful, I can simply see from the waveform that I’m dealing with a kick drum or vocal.”

White travels often while recording and mixing, and sets up studios in Airbnbs. “I ship Amphion Two18 monitors with the BassTwo system, and ProAc 100s, and work in Pro Tools HD Native running on a Mac Mini. The system has every plug‑in available, though I tend to work mostly with very basic plug‑ins, nothing fancy. Again, I like to keep it simple. I like to find a house on Airbnb that has a wooden interior because wood resonates really nicely and sounds natural. When I set up a room to work in I take a lot of time to move the speakers around to get the right sound, with the bass sounding as tight and phase‑coherent as possible.

“My setup here is in a bedroom, and I stacked mattresses against the wall on either side of me, to absorb the first reflections. The closet at the back of the room works like a bass trap. I also have some professional acoustic tubes. Downstairs in the living room I have ATC SCM25s with no sub, Genelec 8040s, and a Sonos speaker, combined with a Dangerous Monitor ST controller. The room downstairs is very large, with high, vaulted ceilings, and gives me more of a translation of what things will sound like in the real world. I know many mixers get really uptight about where they work. I used to be one of them, but I just take a ton of care setting up the space and get it done wherever.”

When White records Beyoncé, he uses, he says, “a Telefunken ELA M 251 microphone, and I that record through the Avid HD I/O since all my older sessions were done with it and if I have to punch in it will match perfect. That said, I tend to use the Lynx Aurora N converter when I mix on my personal setup. Beyoncé and I both use Audio‑Technica ATH‑M50X headphones when recording.

“There is minimal acoustic treatment when I record and I don’t use a reflection filter, because using a reflection filter means that I can’t see the artist. Typically vocals are performed behind me, and visual communication is important. I also want to make sure the microphone is on‑axis, and that the mic does not move or fall. I need to be able to see what’s happening. I’m recording with one side of the headphones on one ear, and blending and tweaking at the same time. For playback between takes I take the headphones off, and check on the monitors quickly, adjusting anything I feel necessary.

“I used to be really obsessive about the room acoustics when recording, but over the years I have found that most artists just want to get things done anywhere. Sometimes the room I work in is a bit echoey. I do my best to turn off any noisy appliances and focus on setting up my monitors correctly so I have good playback, and I just make it work.

“There’s a song on Renaissance called ‘Pure/Honey’, and I had a tube in the 251 mic going bad during recording. It was noisy, and at first I was like: ‘Fuck, I’m gonna have to use noise reduction software and hope it still sounds right.’ Then I realised that in the context of the song it was kinda cool, so I made it work. When things go wrong, I try to use it to my advantage. Make it sound like it was done on purpose. In this case I added compression, and this brought up the room sound, and I also added some McDSP FutzBox saturation, and it became...