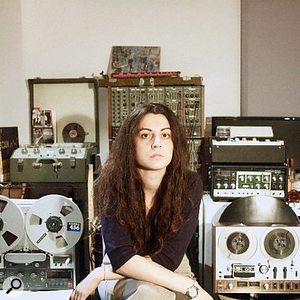 MPG Breakthrough Engineer of the Year Marta Salogni will deliver two mixing workshops at Up Your Output. Hosted by Leeds Beckett University, Up Your Output is the Audio Engineering Society’s British Section’s premier event for students and young audio professionals.

Taking place on March 17 and 18, it brings together students, practitioners, academics and professional audio companies and features lectures, workshops, product demos, a concert, a recording competition as well as networking and social activities for students.

The AES describe the event as "a flagship for equality and inclusivity” with the aim of encouraging positivity and good practice among young members, exposing them to a diverse range of inspiring role models. This is reflected in a refreshingly diverse roster of speakers from industry and academia. 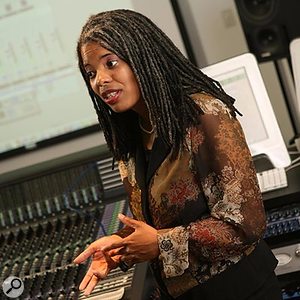 Engineer, musician and educator Leslie Gaston-Bird will give a lecture entitled 'Walking Across the Pond: Using SourceConnect for an Overseas Foley Session' Attendees have a chance to attend a mixing workshop with MPG-award winning engineer Marta Salogni, whose credits include M.I.A, FKA Twigs, Frank Ocean, Glass Animals and Björk. Other workshops include Mastering with Kate Tavini; An Introduction to Game Audio with Richard Stevens/Dave Raybould; Audio for VR with Gavin Kearney (York Audio Lab) and Student Recordings Critique with Ian Corbett.

Mariana Lopez, Chair of the Audio Engineering Society British Section said of the event: "We have a wonderful line-up of speakers for Up your Output that reflects the diversity in the audio industry both in terms of the variety of subfields one can get into within audio, as well as the different paths professionals have taken into the audio world.  Up your Output reflects the commitment of the AES British Section to gender equality, we want to show students that the audio world is open to everyone.  We are incredibly lucky to have had Big Bear Audio sponsor 3 HeForShe bursaries for female and non-binary audio students."

Up Your Output is free to attend for AES student members. Membership costs around £36 and comes with a range of other benefits. Lectures and workshops will run from 10am to 5.30pm each day at Leeds Beckett University’s Headingley Campus.