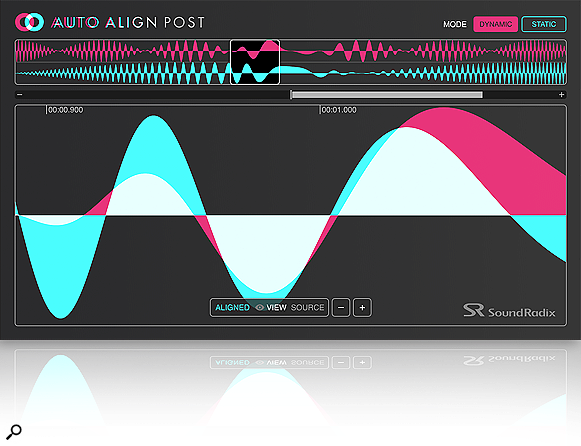 Sound Radix, the company behind plug-ins such as Auto-Align, POWAIR and SurferEQ, announce Auto-Align Post, a new plug-in that speeds up and simplifies the process of getting location mics to be in phase.

Auto-Align Post is an AAX AudioSuite plug-in for Avid Pro Tools, designed to automatically correct the delay and comb-filter phase issues occurring when mixing a recording of multiple moving microphones, such as in the case of a shoot set-up using a boom microphone in addition to actor’s lavalier microphone or multiple on-set microphones.

Until now, phase/time aligning multiple moving microphones was a tedious, time- consuming job that often required several ear-twisting days to complete. However, with Auto-Align Post, those days may be over.

The new algorithm builds upon Sound Radix's proprietary technology used in their Auto-Align plug-in. And, according to Sound Radix, it makes phase/time correction of a moving multi-microphone recording for an entire film a matter of a few clicks and a short coffee break.