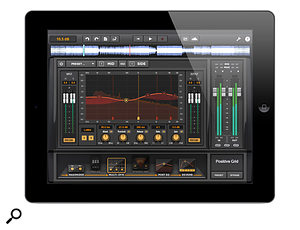 The company is looking for experienced and talented individuals who want to join to shape the product and be part of the beta testing programme.

There are 50 positions available and in return for participation, testers will have exclusive access to early development of the app and active participation with the engineers at Positive Grid. Testers will also be featured in the Mastering App credits and receive a promo code when it's released.

If you have an iPad or iPad mini with iOS 7 and would like to join, just sign up below.