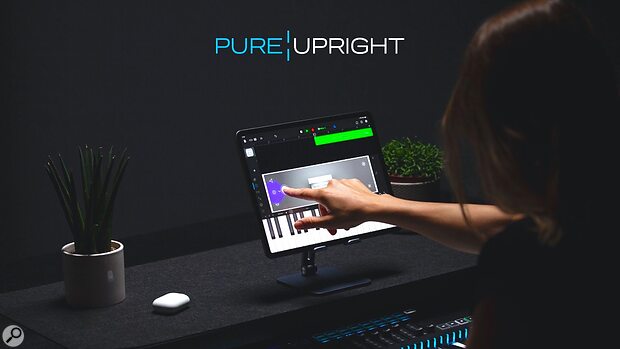 e-instruments have announced the release of Pure Upright, a professional multi-sampled upright piano for iPhone and iPad.

Nine different timbres are on offer, and a ‘Morphpad’ interface first introduced in the company’s popular Pure Piano grand piano app allows users to blend between these preset sounds via their device's touchscreen. There are several on-board processing options available, with the app sporting a three band equaliser, a Zynaptiq QREV Reverb and a delay. Further versatility is provided with the inclusion of a customisable velocity curve, a selection of tuning options and a ‘Mechanics’ section which provides adjustment over the amount of pedal and key noise whilst playing.

Check out the walkthrough video below to see and hear Pure Upright in action.

Pure Upright works as a standalone app, or as an AUv3 plug-in within users’ iOS DAW of choice. The piano can be played from a keyboard controller via USB, direct or Bluetooth MIDI. The app also supports direct connection to a Mac using Inter Device Audio (IDAM), as well as networked MIDI and Inter-App Audio.

Pure Upright is available now from Apple’s App Store, and is currently available for an introductory price of €14.99 until 5 September 2022, after which it will cost €29.99.