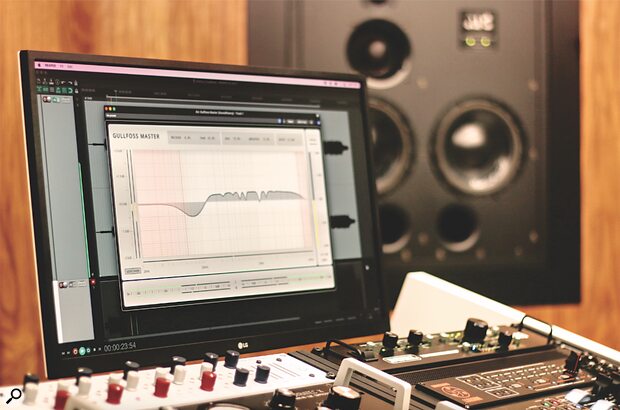 Gullfoss, the innovative 'automatic EQ' plug-in from Soundtheory, has just been made available in a Master edition, completing what is now a trilogy alongside Gullfoss Standard and Gullfoss Live.

We reviewed the original version of Gullfoss back in 2018, and were so impressed that we included it in that year's Gear Of The Year round-up, as well as our recent 100 Plug-ins Every Engineer Should Try feature. It's essentially a multiband dynamics processor, but while it presents the user with a familiar EQ-like interface and controls, under the hood it uses a mathematical model of human auditory perception to increase or decrease your audio's apparent brightness, eliminate temporal masking, and even remove unpleasant resonances — all while sounding natural and “artefact-free”. Its inner workings (devised by mathematical physicist Andreas Tell) are far from intuitive, but in use we've found it to be perhaps the closest thing yet to a 'make better' plug-in, with SOS Executive Editor Paul White calling it “addictive”, and SOS Publisher Dave Lockwood lauding its ability to “tame resonances that you didn’t know were there until you hear them taken away, and somehow emphasise all the nicest bits of a sound without making it any louder.”

All three Gullfoss versions share the same processing, but have been subtly tweaked to better equip them for different roles. Gullfoss Standard is the most versatile, and trades off accuracy against CPU usage, while the new Gulflfoss Master places higher demands on your computer's resources but employs an “extended auditory model tuned for mastering”, and also presents the user with finer control resolution. The Live version of Gullfoss, meanwhile, applies less transient processing and can thus run at a lower latency of 2ms (compared with the other versions' 20ms).

Happily, you don't need to make the choice as to which version to buy: a single Gullfoss licence authorises all three versions, so you can pick and choose depending on your workflow. Existing users of Gullfoss will also be entitled to install the new Master edition.

The Gullfoss trilogy is available now, priced at $199 — but if you buy it before the end of July, using the code SOS30 during checkout at the Soundtheory online shop, you can get it for the heftily discounted price of just $139.30.

Check out the video below to see and hear the new Gullfoss Master in action.