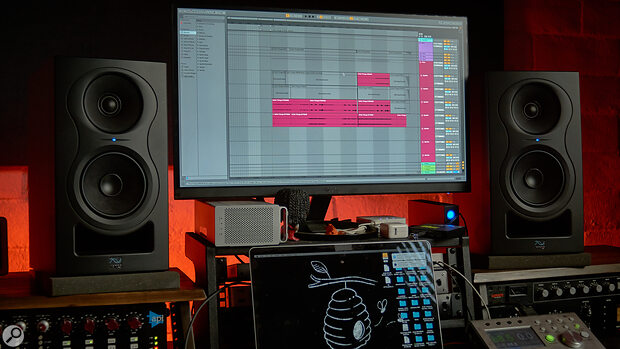 Last Spring, we reviewed the Kali Audio IN-8, the US company's debut three-way design. We were mightily impressed (our resident speaker guru Phil Ward even went as far as to describe its dual-coincident driver as 'exceptional', which is high praise indeed!), and now Kali Audio have followed it up with a smaller three-way model, the IN-5.

Like its predecessor, the IN-5 combines its mid and HF driver into one composite unit, but this time sports a 5-inch woofer to handle the lows. Kali stress that the IN-5 is not simply a 'smaller brother' to the IN-8, however: not only have the internal electronics been improved (we're told the amp's self-noise is 12dB quieter than that of the IN-8, and that the integral DSP has also been enhanced for a smoother overall frequency response), but the already highly capable drivers have apparently been made even better. Specifically, Kali have chosen better materials for the LF and MF drivers, which we're told improve their reliability.

The IN-5 is due to go on sale around the middle of February, at the enticing price of just $349 per speaker. We'll be bringing you an in-depth review in due course.