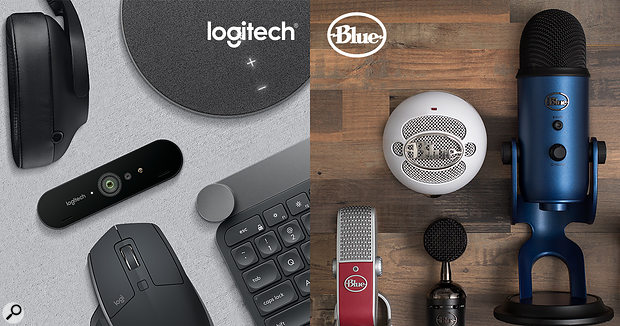 Yesterday at 6pm, computer accessory manufacturers Logitech announced plans to purchase Blue Microphones in a deal that will cost the tech company a reported $117 million. Logitech already own several brands making headphones and headsets, notably Ultimate Ears, Jaybird and ASTRO Gaming and also have the most popular streaming webcam on the market. Blue, meanwhile, have made mics that have been phenomenally popular among podcasters, YouTubers and streaming talent.

Bracken Darrell, CEO of Logitech explains the strategic purpose of the acquisition, saying it “...will accelerate our entry into a growing market, and offers another way for us to help bring people’s passions (from music to blogging) to life. Joining with Blue is an adjacent opportunity for us – a new way to grow – with additional synergies related to our existing gaming, PC webcam and audio categories.  It’s exciting!”

This isn’t the first acquisition that Blue has seen. Since its foundation in 1995, Blue (originally short for Baltic Latvian Universal Electronics) has changed ownership a couple of times, being sold to private equity firms Transom Capital in 2008 and then to The Riverside Company in 2013.

This hefty deal, though, is a reminder of how small the pro audio industry really is when compared to other sectors, including consumer electronics. Last year Samsung completed their acquisition of Harman, the parent company of pro audio brands AKG, JBL, Soundcraft, Lexicon, Crown, Martin, Studer, BSS, Dbx and Digitech. That deal — valued at around $8 billion — was primarily for the group’s automotive technologies, which actually generated two-thirds of Harman's revenue.

In a blog post on their site, Blue CEO John Maier made a deliberate move to allay Blue customers’ fears saying "all of us here at Blue will keep creating cool stuff for professional musicians, gamers, podcasters, YouTubers, and streamers; Logitech will help us conquer the world” and added that “we have some great new products in development...” Whether these new products will be more consumer-centric USB mics like the Yeti and Snowball or higher-end tools for recording engineers such as the Bottle remains to be seen. We hope it will be both.