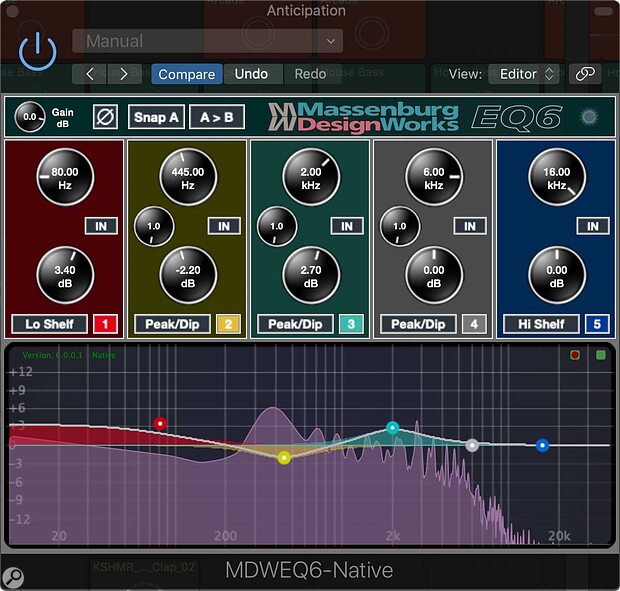 MDWEQ6, the highly regarded EQ plug-in from Massenburg Design Works, is now available in VST and AU versions. Previously only available in AAX DSP and AAX Native formats, now users of other popular DAWs such as Logic and Cubase can get in on the action.

To recap, the MDWEQ6 is a six-band parametric EQ, known for not only sounding excellent but for its unique IsoPeak feature. This lets you essentially 'solo' a given band so that you can hear exactly what your EQ curves are doing to a specific part of the spectrum, and is particularly useful for bringing out the desirable parts, or notching out any unpleasantness, in your source audio.

The full version, called MDWEQ6-AAX+, includes both Native and DSP AAX versions as well as the new VST/AU formats, and is priced at $329. Non-HDX users are likely to be tempted by the cheaper MDWEQ6-Native+ edition, which omits the AAX DSP format but includes all the others, and is priced rather keener at $199.