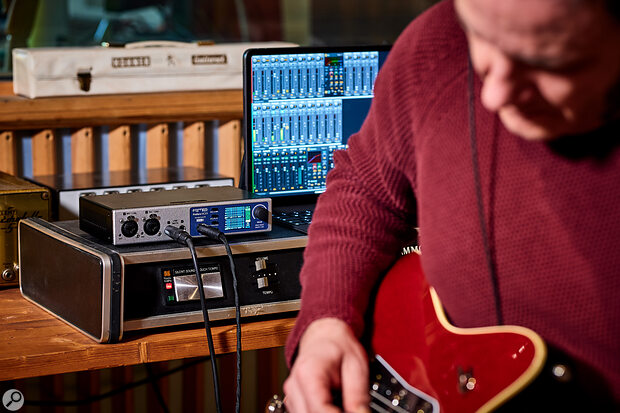 The Direct USB Recording function is borrowed from RME's premium UFX range, and lets you record all of the interface's inputs, via the UCX II's TotalMix FX DSP mixer, to an attached USB drive. (When not in use, you can use the USB A-type port to connect an RME ARC monitor controller instead.)

Also new to the UCX II is the ability to control its internal mixer via WiFi, using either a desktop (Apple or Windows) or mobile (Android/iOS) device. And, finally, the UCX II will ship with RME's DigiCheck Analyzer suite of audio analysis plug-ins, designed to help ensure the integrity of your digital audio connections.

The RME UCX II will go on sale from July, and carries an RRP of £1149 including VAT. More info from UK distributor Synthax Audio UK.