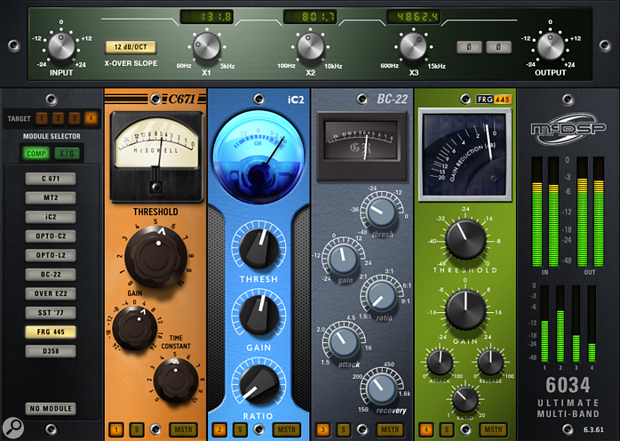 The 6034 Ultimate Multi-band is a flexible multi-band dynamics processor, offering all the award-winning compression, expansion, and gating modules from the highly acclaimed 6050 Ultimate Channel Strip plug-in (described by Sam Inglis in his August 2016 review as "slick and immediate"), but in a four band crossover network.

Just like the 6050 modules, the 6034 Ultimate Multi-band modules can be swapped on the fly for quick auditioning while retaining relative settings. The crossover filter slopes can be configured as 6, 12, or 24 dB/Oct. Metering includes gain reduction and output levels on all crossover bands, as well as main input and output levels.