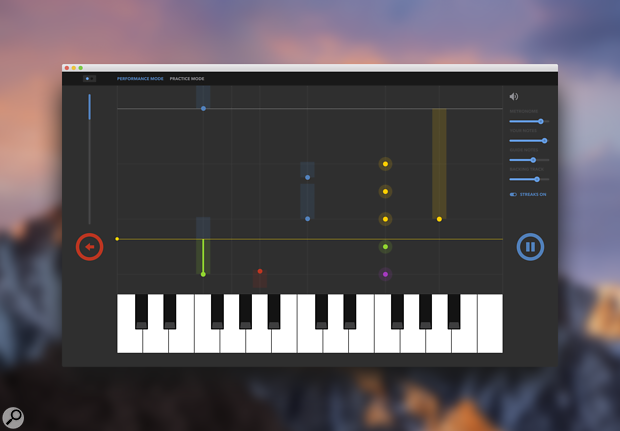 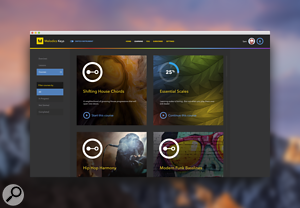 We caught up Melodics founder (and former Serato CEO) Sam Gribben to find out more. "Melodics is for producers. It’s for people who are making music and the message is ‘get better at producing, get better at creating music by learning to actually play your keyboard.' It’s very much not piano lessons,” says Gribben, "It’s going to be things like techno basslines, trap leads and house progressions. Not Debussy and ‘Chopsticks’.”

The Mac and Windows app already has a user base of over 100,000 and boasts lessons contributed by the likes of DJ Jazzy Jeff and John Tejada. The new Keys functionality builds on two years of refinements within the Pads environment and applies these to the keyboard.

Gribben explains the impetus behind the software: "I bought a Fender Rhodes because Fender Rhodes, right? And could never play it. I was getting frustrated with learning off YouTube. It’s amazing — there are millions of lessons but it’s really one-way." 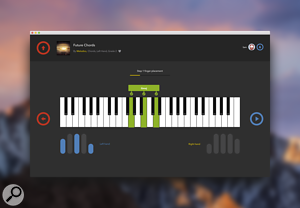 “Being able to loop a section, slow it down and then automatically increase the tempo as you get it right — these are the sorts of things that we add” he says, "Then there’s also a Wait mode where it only progresses when you hit the right note, so you can really step through things."

Development of the Melodics app was also informed by the latest research into effective practice techniques. Gribben: "You really don’t want to be practising something wrong because you can learn bad behaviours.” That’s where Melodics may be able to help. Plug any MIDI keyboard into your computer and you’ll be presented with a layout of a keyboard. After a practice phase, you attempt to play the piece at the correct tempo. Notes scroll towards you, and you aim to play them as they arrive. There’s immediate feedback on your playing — notes light up in different colours based on whether you got it right, hit the wrong note or were early or late in your playing. And, according to Gribben “it also learns as you play, and like a good tutor, Melodics works out what you need to work on, and helps you to achieve your goals.”

Lessons vary in difficulty and encompass topics such as chord progressions, gospel chops and modern funk basslines. And, while you can dip into specific tracks, you can also expect more complex courses such as 'Harmony Masterclass' with respected musician/producer Mark de Clive-Lowe. 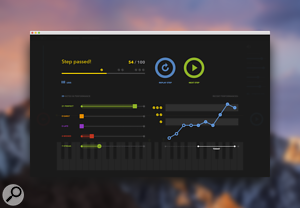 While it’s a tool for helping you learn, Melodics is also about forming good habits around practice. Gribben: "A lot of our players use Melodics as a way to start off a studio session… We really feel strongly that it’s not the fastest way to learn keys. It’s not about getting to this point where you’ll be amazing really quickly because of this magical tool. What we’re saying is we’ll make it something you enjoy doing and you can use in your productions every day. You’ll learn something that you can actually get in and apply."

"Where we’re working next is making your practice better” says Gribben. "With 10 minutes a day using Melodics you can achieve more than 40 minutes a day with random, unguided practice.” At least that’s the theory.

Version 2 of Melodics is a free download and comes with 60 free lessons. SOS readers also get access to a further 15 lessons (five each for the Pads, Drums and Keys courses) with the promo code MELODICS-SOS. Subscribers unlock over 500 more lessons, with new lessons added each week. Subscriptions start at just US $9.99 per month if paying upfront for a year.