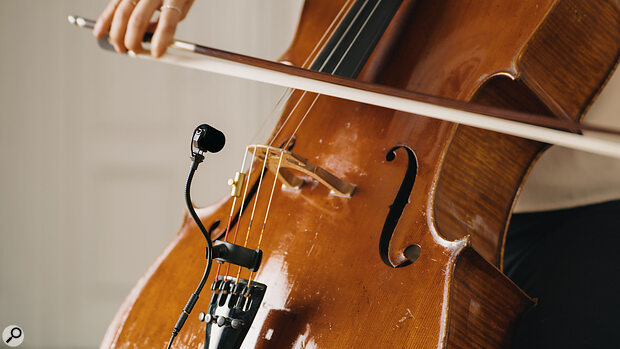 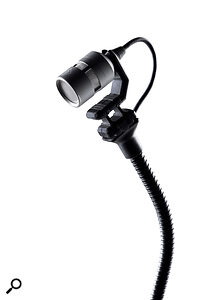 As of this morning, that's no longer the case: Neumann have just unveiled the first ever electret microphone in their near 100-year history. The Miniature Clip Mic System is based around the brand-new KK 14, a capsule “unlike anything that came before”.

About the surprise move into pre-polarised mics, Neumann say: “We had been dissatisfied with the sound delivered by electret solutions for quite some time. Technicians and artists alike want greater substance, higher precision for low and medium frequencies and more openness. At the same time, we wanted to finally be able to create electret microphones that offered constant performance, so that sound engineers would not have to continuously deal with production tolerances impacting sound level and frequency response.”

Neumann apparently spent six years developing the KK 14, and are now manufacturing them by hand in their Berlin factory. We're told that users can expect “decades” of use out of them, and that Neumann believe that they have “succeeded in redefining the potential of electret capsules”.

On its own, a KK 14 capsule is set to cost €279, but Neumann are also introducing a large range of attachment and connection options, the latter including mini-XLR, 3.5mm jack, Lemo and MicroDot connectors, and the former comprising nine mounts for various instruments including brass, strings, piano and percussion. Complete sets comprising a capsule, a gooseneck, cables, an XLR adaptor, an instrument mount and a windshield are priced at €629.

The Miniature Clip Mic System is due to go on sale in Spring 2022.