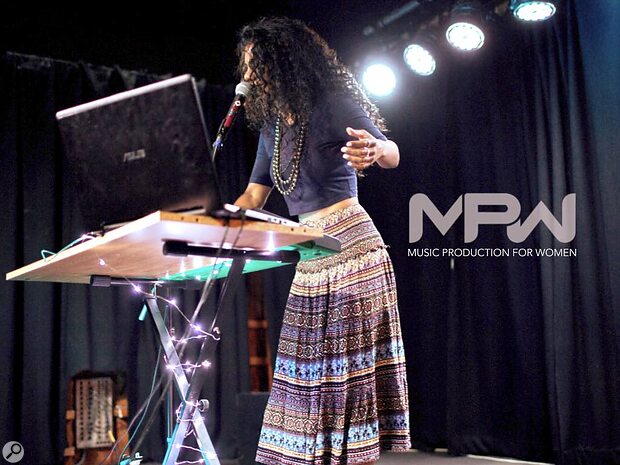 Music Production for Women (MPW) have announced a full day of music masterclasses for women and non-gender conforming musicians titled Master Your Music - Live, taking place in London on 16th July 2022. The event will be held at the University of Westminster, and will feature sessions with Charlie Deakin-Davies (MPG award-winning producer), LNA (Ableton Certified trainer and YouTuber), Xylo Aria (MPW founder and CEO) and more teachers still to be announced.

The day will run from 10am until 4:30pm, and will feature seven in-person workshops on a variety of topics relevant to independent artists including the basics of music production, sound design, mixing, music marketing, PR, and songwriting workflow. Thanks to backing from companies such as Sonnox, Distrokid, Ableton, Session and Songtrust, the classes will be free to attend for anyone who secures early bird tickets prior to 30th June 2022. 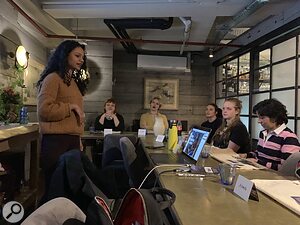 Music Production for Women - Live workshop“I’m hoping we can inspire any attendees who may have wanted to produce but felt intimidated by it, to take their first steps in the field”, says Xylo Aria, founder and CEO of MPW. “I know having an event like this available when I first started would have made production feel a lot more accessible to me!”.

MPW began three and a half years ago with the aim of empowering women in music technology, and has since been included in the Top 50 Innovators of East London list and earned Xylo a place on the She Said It So Alt Power List. The organisation prides itself not only on providing practical and actionable educational content, but also on harbouring a safe and encouraging space to learn in. MPW has now delivered workshops and courses to over 6000 musicians from over 120 countries and continues to grow steadily.

Free tickets for the event will be available via the link below until the venue's capacity has been reached.