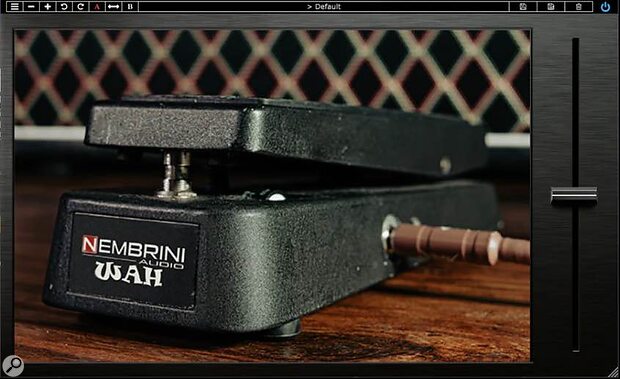 Nembrini Audio have announced the release Wah Pedal, a new plug-in which they are offering as a free download. Modelled on the classic Wah pedal created by the Thomas Organ Company which was manufactured by JEN Italy and released in 1966, the plug-in allows the iconic effect to be applied to any instrument or source audio within a DAW.

Wah Pedal’s simple GUI features just a single slider, which provides control over the position of the virtual pedal’s position. The parameter can be controlled via MIDI, or manipulated by automation data from the host DAW.

Wah Pedal is supported on PCs running Windows 7 and above, and both Intel and Apple Silicon Macs running macOS 10.9 or above.

It is available in AU, AAX, VST2, and VST3 plug-in formats. An iLok account is required, however the plug-in does not require a physical dongle. There is also an iOS version, which is available to download on the App Store.