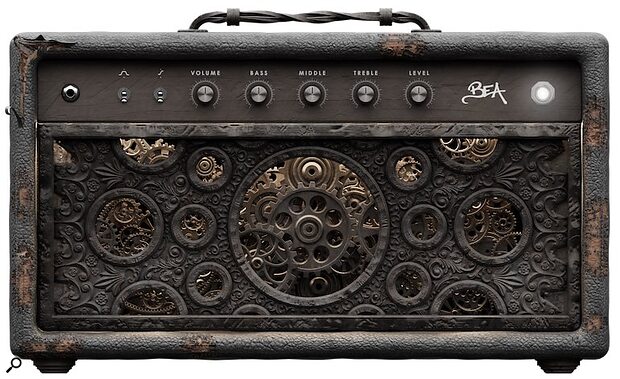 Neural DSP have announced the release of Archetype: Rabea, the latest in a series of plug-ins made in collaboration with world-class guitarists. The guitarist in question here is Rabea Massaad, an incredibly versatile songwriter and player who has created hundreds of instructional and informational videos on playing, performing, and gear.

The plug-in reflects Rabea’s eclectic approach to guitar tone, offering both vintage and modern takes on key processors that form critical parts of his sound, such as an Ocataver, Fuzz and Overdrive effects sections. Three distinct amplifier models are present: Clean, Rhythm, and Lead, delivering an assortment of guitar tones that range from “sparkly cleans to classic rock crunch and monstrous distortion”. There is also a broad choice of virtual speaker cabinets, microphone placements and impulse responses on offer.

The key feature of this latest release however, and one that Neural DSP say is a world-first, is that Archetype: Rabea includes a subtractive dual-oscillator monosynth that can be triggered by a guitar. The interface developed by Neural DSP’s R&D department interacts with the synthesizer's two oscillators, ASDR and ladder filter, with the ASDR controls being retreived directly from the incoming guitar signal's envelope. 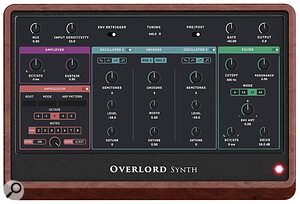 The plug-in features a synthesizer which can be played directly from a standard guitar.“As a fan and user of synthesizers, I have always dreamt about being able to play a synth with my guitar. Before, you needed a guitar that was specially built for that purpose, a special pickup, or some other special hardware,” explains Francisco Cresp, Co-Founder/CPO at Neural DSP. “For Archetype: Rabea, the challenge was to make a synth that works with any guitar. Your guitar signal becomes your ADSR, which triggers real oscillators. After that, your signal is a synthesizer with all the controls and flexibility one would expect from it. It’s transformative.”

Other innovative features delivered by the plug-in include an entirely new reverb pedal model, which is able to freeze a sound and offers parameters to control the frozen sound’s pitch and volume. A total of nine pedal models are included, with two entirely new designs in the form of a fuzz and a stereo delay. Further tonal flexibility is afforded to users with the inclusion of Transpose, Metronome and Doubler tools, as well as a four-band semi-parametric equaliser.

Archetype: Rabea is available now, priced at €139. More information on the plug-in and the technology involved are available on the Neural DSP website.