Spitfire team up with Abbey Road Skip to main content

Spitfire team up with Abbey Road 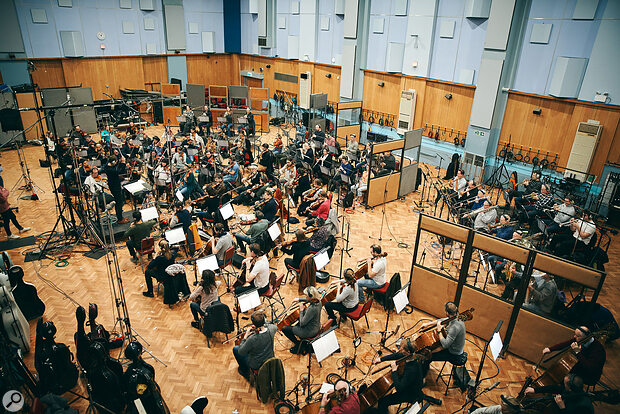 Spitfire Audio have followed up their hugely successful BBC Symphony Orchestra series of instruments with a collaboration with another great British institution: Abbey Road Studios.

Abbey Road One: Orchestral Foundations was recorded in that venue's world-famous Studio One, the birthplace of countless Hollywood movie scores including The Lord Of The Rings, Star Wars, Harry Potter and many, many more.

For AR One, Spitfire assembled a world-class 90-piece symphonic orchestra and recorded a number of different ensemble combinations using some of the legendary pieces of gear at Abbey Road's disposal, including a pair of classic EMI RM1B ribbon mics. Ten different microphone positions were captured for each ensemble (all recorded through the studio's TG12345 Mk3 console), and you can mix these signals at will within the characteristically clean and minimalist user interface. 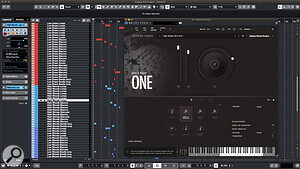 The UI also offers access to a huge variety of articulations, which you can assign to your own custom keyswitches. Adding to the realism is Spitfire's use of five velocity layers and five round robins for each note and articulation — an attention to detail that bumps AR One's install size to a meaty 69GB.

The new instrument will go on sale on Thursday 5th November, and Spitfire will also be introducing a number of expansions from next year, aimed at covering specific scoring needs such as 'emotional strings', 'melodic cello lines', 'big-sounding brass' and so on.

Abbey Road One: Orchestral Foundations carries a price of £399, but if you order before the 1st December you can get it at the reduced price of just £299. If you pre-order it, however, you'll not only get it for the lower introductory price, but Spitfire will give you a free copy of one of the expansion packs, worth £49, when it's released next year.

We'll be bringing you an in-depth review of Abbey Road One: Orchestral Foundations in the December issue of Sound On Sound, but in the mean time, you can watch the video below to hear it in action.