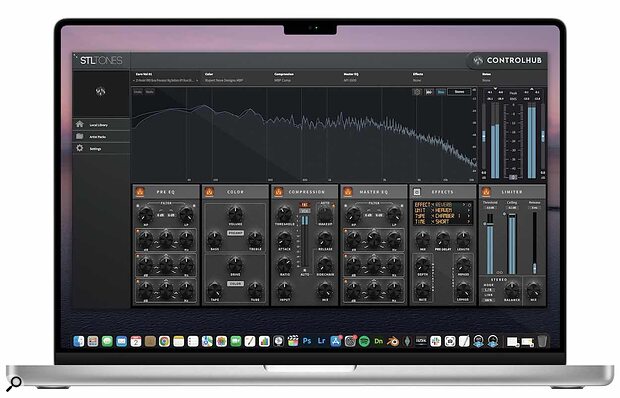 STL Tones have announced an update to ControlHub, their channel strip plug-in which hosts emulations of signal chains from engineers and studios around the world. The latest update introduces some new features, as well as implementing some bug fixes and improvements.

New EQ and EQ Listen modes have been added, and all of the plug-in’s input and output meters are now equipped with Peak Hold Indicators. An Automatic Updater function has also been implemented, allowing users to update to the latest available version from within the plug-in itself. The update also brings with it some new effects, with the introduction of a Valley Room reverb model equipped with eight different reverb types.

In terms of improvements and fixes, STL Tones say they have fixed a significant issue affecting Pro Tools users where session save times would be dramatically increased when using multiple instances of ControlHub. Expansion pack loading times have also been improved, with packs now loading instantaneously compared to  previous average load times of five seconds. Bypassed Pre and Master EQ modules will now automatically turn on when their settings are adjusted, and finally, an issue which would cause the plug-ins output to clip when scrolling through presets with the Effects module engaged has now been resolved.

Users of ControlHub are able to download the installers for the most recent version from the STL Tones website now.