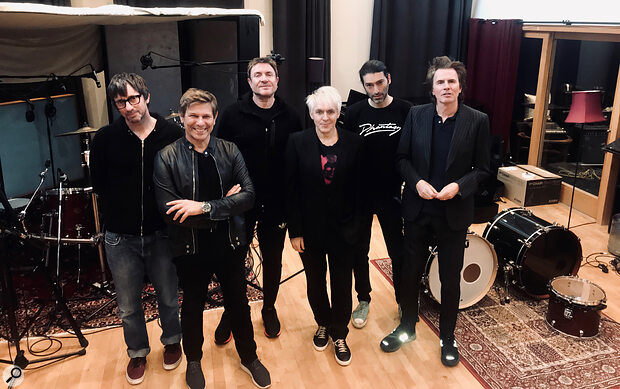 For their 15th album, Duran Duran collaborated with three masters of electronic music and a dog‑fixated artificial intelligence.

From their early ground‑breaking music videos to being one of the first acts to sell singles digitally, Duran Duran have always embraced the latest technology. The band’s latest album Future Past, their 15th to date, is no exception, with production split between Giorgio Moroder, Mark Ronson and Erol Alkan.

The group first began working on the new album in late 2018. Originally planned as an EP, it evolved into a full album before the process was halted when the worldwide pandemic hit in early 2020. Rather than continuing to work remotely, Duran Duran decided to put the project on ice. 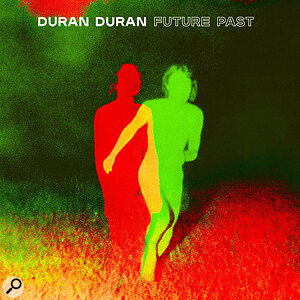 “We work better when we’re mostly together,” says keyboard player Nick Rhodes. “I sometimes work independently because I have a lot more work to do on detail and there are more layers of synths, but when we’re writing and forming the shape of the songs, we will always work together. It’s only afterwards that we can get out the smaller brushes. Like Simon [Le Bon] will go in on his own with the engineer and producer and do all his vocals and figure out his harmonies and things like that.

“The main producer on the album was Erol Alkan, who we’ve never worked with before. He comes from a sort of indie and dance background and is a great DJ with a phenomenal knowledge of the history of music. I think his brain can only be rivalled by Mark Ronson’s. Between the two of them, you can name a track as obscure as you like, and they will know it. I find that quite inspirational. More than anything, I think Erol brought energy to the project, which was infectious, and it really helped particularly with the bass and drums.”

Once the band were able to regroup after lockdown ended, they returned to Assault & Battery Studios in Willesden Green to resume working on the album. “We did the bulk of the album there,” says Rhodes. “The studio had loads of analogue gear and a big analogue desk, a heavily modified Cadac G‑series, which we used for the drums and things like that. There was also a giant Roland System 700 modular synth sitting in the room, which we used on a few tracks in order to run sequencers with which we started writing. 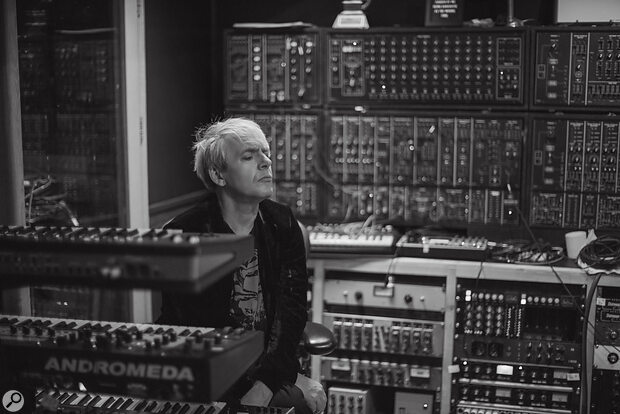 Nick Rhodes with the Roland System 700 behind him. 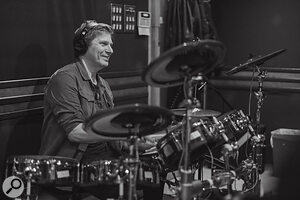 Roger [Taylor] playing a Roland TD‑30KV V‑Drum kit.“We set up in the control room with Roger [Taylor] playing a Roland TD‑30KV V‑Drum kit. And we had sequencers running from the Roland System 700 while I had four different keyboards to choose from. We had another keyboard on the other side of the room, too, in case somebody else wanted to play. And we usually created an atmosphere by having the studio as dark as possible when we were writing, with most of the light coming from the computer screens. It was a great room to work in at the studio.

“Because we usually build the palazzo from the foundations up, we’ve got to know what the bass and drums are doing at all times to be able to work around everything else. We often re‑record the bass and drums later if we want to tweak a little bit of something, but we don’t change the rhythm much. If we do change the rhythm, we will then have to rebuild the whole track. John [Taylor, bassist] and Roger are a very solid foundation, and I think their work on this album is the best they’ve done in a long time.” 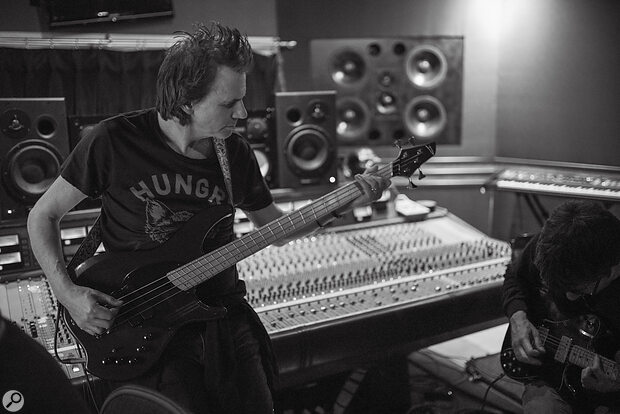 Bassist John Taylor - for the recording of Future Past, the entire band set up in the control room at Assault & Battery.

The band worked with legendary producer Giorgio Moroder on two tracks, ‘Tonight United’ and ‘Beautiful Lies’. “Giorgio was everything we love in songs: sounds, melodies, arrangements and compacting things,” explains Rhodes. “Those two tracks are very Euro‑dance, with high‑energy pulsing synthesizers and sequencers, synth hooks and super‑hooky chorus lines and melodies. Giorgio is one of Duran Duran’s absolute superheroes and we’d been wanting to work with him since we first formed the band. When I was a teenager DJ’ing at the Rum Runner Club in Birmingham, I used to play a load of Giorgio tracks. I don’t know how we never managed to work with him over the past four decades, so to finally converge was great. 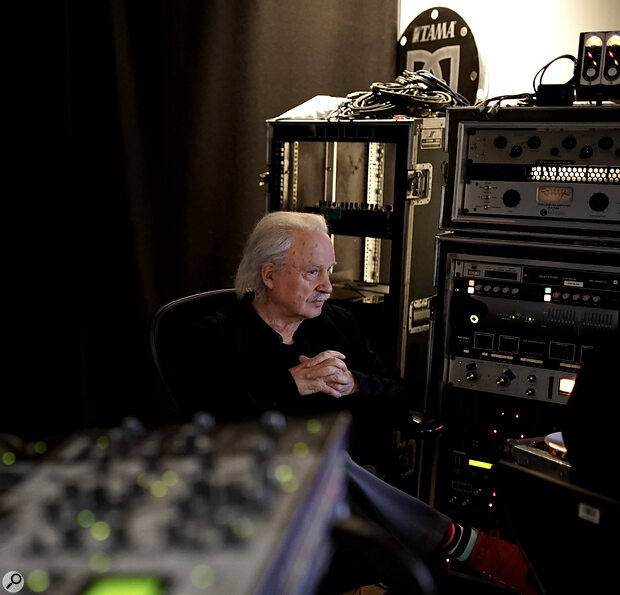 "We’ve had this vision in our heads of what it would sound like — the perfect blend of the Giorgio Moroder and Duran Duran sound — and for once it went predictably well. Everything we did just fell into place and sounded just as we envisaged it. He was the consummate professional, too. He’d turn up every day on time with his briefcase, get out his little keyboard and put it on the desk along with his computer and get to work.”

On another song, ‘More Joy!’ the group collaborated with a Japanese girl punk group called CHAI. With borders closed, this was largely done remotely, though lead vocalist Simon Le Bon did journey to Japan to record the track. “Simon engineered that one, as he spends some time in Japan where he has a small studio called SYN,” affirms Rhodes. “So that track was done remotely because they were in Japan doing the vocals with Simon.

“The track itself, though, came about out from a jam we wrote together with Graham Coxon. I think the guitar on that track is so spectacular and it was done completely live; there are no guitar overdubs on it at all. Sometimes when we were jamming on it, I couldn’t tell at certain points when I was putting things through effects or when Graham was putting things through effects. I didn’t know who was playing what. We loved working with Graham, as he is truly an inventive musician and a great energy in the room.”