Stewart Tavener from Extinct Audio and Xaudia chats to Drew Stephenson about the origins of his companies and how he became a ribbon microphone specialist with his own range of products.

Stewart Tavener first became interested in audio equipment in his teens, recording with a four-track tape recorder and a couple of borrowed microphones, which included an old Reslo PR and a Shure dynamic. It wasn’t long before he broke the Reslo but he held on to it with the aim of repairing it one day. As the internet grew in popularity in the mid '90s, a few groups dedicated to old audio equipment appeared and Stewart received good advice from a number of fellow enthusiasts, including Dave Royer and Mark ‘Marik’ of Samar Audio. 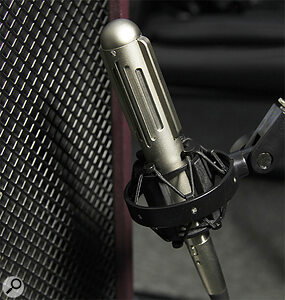 On learning the basics, Stewart started to look for other microphones to fix. Up until the 1970s the UK had some excellent audio manufacturers including Reslo, Grampian, Film Industries, STC and Lustraphone, but these companies had not been able to compete with new products from AKG and Shure. With no spare parts available these old ribbon mics were available for little cost and Stewart purchased as many as he could. This hobby eventually became a full time job in 2007, when he set up Xaudia to repair microphones for other owners. Over the next few years, he repaired and upgraded ribbon mics every day and estimates having worked on 400 to 500 microphones each year for 10 years.

In 2017, Adam Watson came on board and together they launched their own range of microphones under the Extinct Audio brand. These new microphones would be redesigned from scratch and manufactured locally. Most of the parts are made in the workshop in York, or by an engineering partner in Manchester, while the packaging is created by another UK company. All of the assembly for Extinct Audio microphones is carried out in-house.
https://www.extinctaudio.co.uk
http://xaudia.com 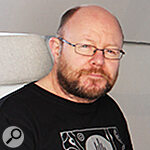 Drew Stephenson is a singer-songwriter, home recording enthusiast and occasional SOS contributor. He also looks after digital communications for one of the largest UK building societies, specialising in corporate podcasts, animations and video content.
http://www.drewstephenson.com