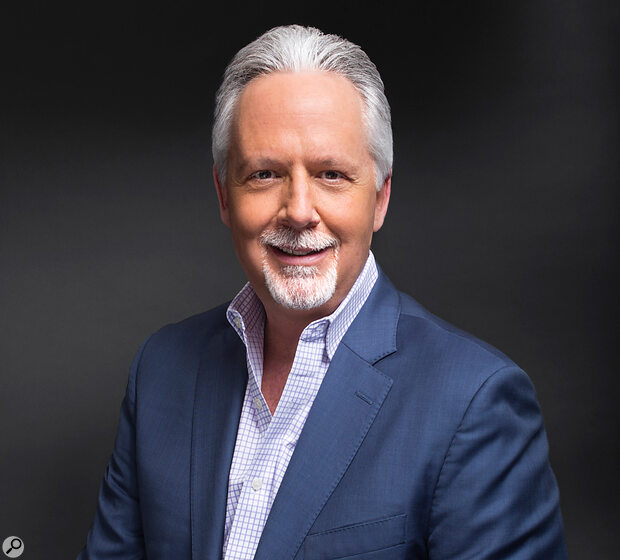 We spoke to Avid CEO Jeff Rosica about how the company have successfully navigated the pandemic and what the future holds.

"One of my mentors in life always said 'Jeff, you need to learn to never waste a good crisis!'" Avid's CEO is reflecting on a turbulent, but ultimately successful year for the company.

"I wish there was never a pandemic, but we used this as an opportunity to pivot and learn from it. It was scary for all of us, not knowing what we were facing. In February alarm bells were going off and by mid-March we were really concerned. The first few months was very, very difficult, but I think that the team and Avid did a really great job navigating through it.

"Early on, one of our team members came to me and said 'Hey, here's a situation. People are having to rush home, they probably don't have applications on their computers, and they're probably struggling to get back to work. Maybe we should just give people free licences? Just say to anybody who's got a licence today, as long as you already have a licence we'll give you another free one, so you can quickly get to work?' And so we did that, and that was one of the great moves our team made. It was a great moment to see this team during a crisis, act not just to protect the company, but also to really quickly help our users and customers out there.

"The other thing that was interesting was to see how the markets reacted. Music was a beneficiary, if I can say that — but what's interesting is that I think that was already a trend before the pandemic. My belief is there's a lot of people who worry about what happened with the music industry, and how the model from records and CDs moved into streaming. And I do think we've got a way to go to make sure that artists are getting their fair share and that people are earning the money they should, absolutely. I'm a big supporter of continuing to put pressure on to have that happen.

"But I do think there's been an upside in the democratisation that's happening. I don't have to go through a record company to get my music heard, I can put it on Spotify myself. With Avid you can get AvidPlay starting at $4.99 for a single, or other plans to have unlimited album publishing capabilities. We don't take any royalties or anything, we just help connect people easily so they can make something in Pro Tools and then publish it on a number of streaming services. So even before the pandemic hit I think already you could see that explosive thing happening: hey, I can make my music and I can get my story told, and I can get out there.

"I don't think people are making enough money on the artist level. That needs to be fixed. But we saw that trend already happening, and then in the pandemic it accelerated. People were home and they were like 'OK. I've been wanting to make some new music. I'm gonna try Pro Tools again and I'm going to make an album.' Music actually flourished during this. It was already on an upward swing, and I think the pandemic just accelerated it."

Pay As You Play

Jeff also credits Avid's recent success to the move to a subscription-based payment model. "I was here when we first decided to venture into subscription, and I remember a lot of our audio music people were like 'No! It'll never work, and no one ever is going to want to subscribe in the music space!' And it turns out that it's actually the fastest growing market for us. Pro Tools subscription is the fastest growing product for the company and has been for over three years. It is like a wildfire.

Jeff Rosica: Pro Tools subscription is the fastest growing product for the company and has been for over three years. It is like a wildfire.

"We still offer perpetual and upgrade paths, so we haven't killed all that. We don't put them out in the forefront, but they're all still there for people that want to continue to purchase that model. Subscription obviously has a real benefit for the company, but the only reason it's a benefit for the company is because the market is appreciating it. If you've been making music for 20 years and you bought your Pro Tools years ago, I get it; you know they've got a model they're happy with, and they want that model to continue. But for new people entering — especially emerging music creators or people starting out — they may not have several hundred dollars to put down all at once for a DAW, whether it's us or anybody. But to be able to rent it for 20 dollars a month, that really that gives us the ability to to give an entry point or a lower barrier to entry for people and that's what causes the growth. People can get access to Pro Tools when they didn't think they could, or thought it was too expensive. Now they can afford it at a low monthly payment or annual payment, whichever way they want to go.

As far as Avid themselves are concerned, the most striking development during the last year has been Pro Tools | Carbon. A clever and innovative 'hybrid' audio interface, Carbon combines native processing and DSP hardware to sideline monitoring latency during recording. It was all the more surprising given that Avid appeared to have stepped away from making audio hardware during the preceding decade or so.

"I think my predecessor, probably, was a little more negative on that space," reflects Jeff. "Even though I don't come directly from the music space, I always valued this part of Avid and thought that we were under-investing in the music and pro audio part of Avid. So when I came in, I immediately turned on development and more investment in the audio and music group. And, you know, it takes time. Carbon was brought to me in the first few months when I challenged people to say 'Let's do something.' It wasn't just Carbon — they brought up a whole plan — and we green-lit that. But something that innovative takes, you know, two and a half years to build and work out. You're seeing kind of the first car of the train coming out the tunnel and there are more cars to come. We're not nearly done. Not even close. I would say that's probably the first of a new breed of interfaces that we intend to continue to develop and innovate on."

Another strong development focus for Avid has been immersive audio, and the company have formed a close partnership with Dolby to push the Atmos format. Until now, that's mainly been applicable to film and post-production, but Jeff is very upbeat about the prospects for music too.

"There's more than one standard, but obviously Dolby's out front on this and they're really good at what they do. It's not their first time, right? This is a company who knows how to get this into consumer products and we're working tightly with them. It's too bad that the whole theatrical release thing got disrupted with Covid, because I think if more people were in the theatre hearing Atmos more, I think they would get the appetite to hear it. It may have slowed down a little bit during the pandemic, but I think it's going to pick back up. A lot of our work was for film, but we also see the TV standard coming in. They're developing devices that are pretty good at home. But I think also music is going to be a big one. The [Amazon] Echo Studios are Dolby Atmos capable. I have two of those in the office and they're synchronised, and I gotta tell you — it's not full Atmos but it really is quite impressive. There's an immersive music channel on Amazon Music and it's impressive, so we also really think that move to music is going to be important."

Jeff is also convinced that Atmos will share the democratic spirit that he identifies in music more generally. "Through AvidPlay, people can actually produce Atmos music in Pro Tools and can publish to Amazon Music, TIDAL, Apple Music and others who have immersive audio channels. Obviously we want to get to more software-centric solutions that people don't need a lot of hardware to render, so again, I think, over time, it will be heavily democratised very, very soon. I think we're not very far away from almost anybody to be able to make Atmos-based music or other immersive audio music experiences."

Finally, I took the opportunity to ask Jeff the question that is on the lips of many Mac-based Pro Tools users: how long will we have to wait for a version that is natively compatible with Apple's M1 chips? The answer: as soon as possible, but there's no timeframe that he can commit to now.

"Doing the work to completely reconfigure for a new chip, that is a lot of work. Obviously there's different phases of development: there's running on the [Rosetta 2] emulation which we're about to support, there's then running core Pro Tools on the M1 chip. And then there's all the third-party interfaces, so we don't just have responsibility to make the Pro Tools engine run on the M1 chip. It's a massive piece of work, because Pro Tools is a platform, it's not just a standalone application. We haven't yet given exact deadlines for deliveries. I've seen the roadmap and they're moving as fast as they can, we are working hard to make sure we get it out there quick, but I think everyone needs to realise it's a big piece of work for us."