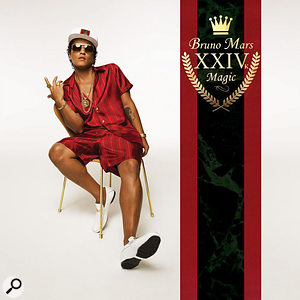 Ahoy there, cash-in on ‘Uptown Funk’! We’ve been expecting you... Mind you, it’s hard to begrudge success to this polished and intelligent production, if only because of Bruno Mars’ infectious enthusiasm — it’s like he can hardly believe he’s getting away with strutting his ‘80s fetish into the charts again! What most turned my head, though, was the breakdown at 2:49-3:07, which manages to thoroughly subvert the otherwise comfortable predictability of the song’s eight-bar metric structure, despite being itself eight bars in length, so you lose a clear idea of where the downbeat is.

Like many psychological tricks, the art’s in the preparation. Specifically, before the breakdown hits, the producers have established strong connections between some key musical features and their position within the 4/4 bar. So the lyrical hook “twenty-four carat” always appears on the downbeat (eg. just before the breakdown at 2:20), and the primary kick hits almost always appear on beats one and three, albeit with periodic eighth-note or 16th-note pickups. So when we hit the breakdown, and the “twenty-four carat” hook starts on the second beat of the first bar, it suggests that the downbeat has slipped back a beat. The subsequent kick hit on beat four (with its eighth-note pickup) then suggests that it’s actually either beat one or three, the former seeming more likely because of the simultaneous strong chord change in the synth parts. But then the “twenty-four seven” is repeated on beat one of the second bar, providing the third possible downbeat interpretation within the space of five beats! Add to this the fragmentation of the hi-hat rhythm (which has so far been bashing eighth-notes most of the time ) into bursts of 16ths and 16th-note triplets, and it creates quite a rhythmically unsettling effect. It’s only after six bars of this that everything drops back into sync at 3:03, releasing the rhythmic tension to announce a two-bar build-up into the final chorus.

Another highlight for me is the way the mob vocals keep flipping between call-and-response and straight backup roles during the verses. Verse two is my favourite, starting off with the “hustlers”, “gangsters”, and “uh-oh” responses, before accenting the last backbeat of that four-bar section by joining with Mars’ lead for “first” at 1:46. Then we’re back to call and response for “sip” and “dip”, before the unison lyric “money ain’t shit” (followed by the attention-grabbing a capella “ooh-ooh” arrangement drop at 1:51), and further quickfire call-and-response phrases on “way too fresh” and “hashtag blessed”. It’s all enough to leave me slightly giddy as a listener — which, I imagine, was rather the idea! Mike Senior 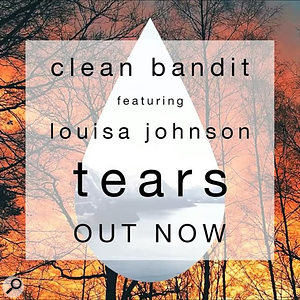 There’s some great stuff going on with the harmony in this song, although it does feel a little scattergun — as if mud’s just being thrown at the wall without checking whether any of it’s sticking! So, for instance, the first chorus’s major-chord substitution at 0:45 (F major replacing the expected F minor) is a cool twist, but it’s then dropped from the subsequent interations, leaving them feeling a bit unimaginative and ‘house by numbers’ by comparison.

Similarly, the two-chords-per-bar harmonic rhythm under “haunting me, taunting me” (0:30) is also quite an arresting feature, and it feels like a shame that more wasn’t made of it than the repetition at 1:43. For my money I’d rather have had more development of that idea than those meandering, piano-cluster-heavy house workouts under “I’ll get over you” at 0:59 and 2:45. Mike Senior 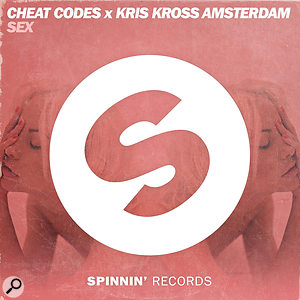 This is a very slick and hi-fi EDM production, and would make a good reference track for anyone trying to gain a foothold in this kind of style. The kick is beautifully solid and well controlled without any overly aggressive HF spike; the bass is full and rich, but with enough LMF components to guarantee decent small-speaker compatibility; the rest of the synths and sound effects complement each other so that the mix clarity remains good even when the texture is at its busiest; and the vocal production not only nails that glistening breathiness that’s so much a trademark of many EDM styles, but also varies the vocal arrangement enough to keep the interest going. In fact, my only slight concern is that the lowest frequencies of the bass synth don’t seem that stable in mono, which isn’t such a good idea from the perspective of mix translation.

In addition, though, I like a lot of the sound design here, both in the main synth sounds and the transition effects — the latter always critical to music like this. One example: the opening chords with their slow-attack filter modulation. Not only do they have a thoroughly satisfyingly richness in the mid-range when heard in isolation, but once the beat arrives their slow attack reduces masking effects on other on-beat upper-spectrum components in the mix. It’s easy to get into the habit of thinking that combatting frequency masking is primarily a question of using EQ, but there’s a lot you can do just by offsetting conflicting arrangement elements in time, especially in electronic music where a simple tweak in the programming can make all the difference. Mike Senior 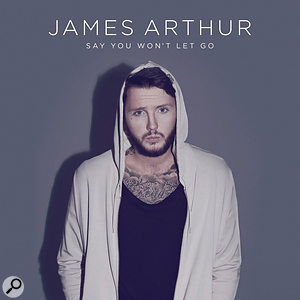 As you’d hope in such a strongly vocal-led number, the arrangement plays a tastefully restrained role, maintaining 100-percent focus on the singer. Perhaps it’s on account of this understatement that the song’s standout moments for me, from a production perspective, are the subtleties. Take the first pre-chorus, for instance, where the background piano chords and brighter, wider vocal effects combine to give an almost subliminal emotional lift — more a sense of ‘opening out’ than anything else. Another similarly furtive arrangement enhancement can be found in the first chorus (0:51), where it sounds like a Hammond organ (that old ballad standard!) slowly sneaks into the texture, but with chords carefully voiced to keep its additions on the boundary of audibility. The second chorus (2:01) does a similar stunt with a thickly-scored wordless choir pad, gradually gathering high string elements that only really become audible (natch!) around the hook line at 2:22.

But easily my favourite spot in the song is the lyric “kiss on your head” in the second verse. If you watch James Arthur performing live, you’ll notice that one of his facial mannerisms while singing is that he generally keeps his upper lip fairly low, which is part of what I think gives his vocal delivery its slightly veiled tone and shyly reticent persona. At that particular lyric, though, the tone suddenly becomes airier, for all the world as if he smiles briefly in spite of himself. Whether intentional or not, it makes a fabulous bit of word-painting. Mike Senior 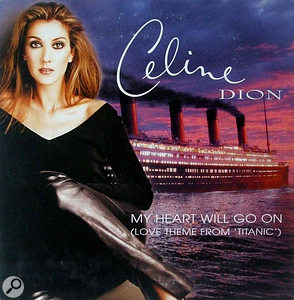 Whether or not the overbearing sentimentality of this production makes you want to throw up (a view apparently expressed, somewhat richly, by Kate Winslet, lead actress in the overbearingly sentimental film the song accompanies), it does feature a corking final-chorus key change that’s rarely been paralleled in mainstream pop. Taking us from E major (four sharps) to Ab major (four flats), it’s at once profoundly unsettling and yet somehow surprisingly logical, and therefore demands the scrutiny of any student of popular harmony.

Personally, I think its secret ingredient is actually melodic more than anything, though, the result of two opposing scales working in opposition: the falling scale in the bass (C#-B-A-G#-F#-F-Eb-Db), which covers a complete octave; and the rising tin whistle line (B-C#-D-E-F#-G#) which is extended a further step by dovetailing enharmonically with the opening notes of Dion’s vocal melody (Ab-Bb). Although neither scale conforms to any traditional Western key or mode, I think it’s the implacable stepwise motion across the boundary that’s largely responsible for smoothing such a stark key change.

Which brings me to the issue of the song’s two versions: one from Titanic’s soundtrack, with a more restrained arrangement and comparatively understated vocal levels; and the second slightly shorter one from Dion’s album Let’s Talk About Love, with more upfront lead vocal and various pop-centric arrangement alterations. For my money, the former makes a considerably better job of the key change, on two counts. Firstly, it plants that falling five-note bass line in the listener’s consciousness in both of the preceding choruses (at 1:09 and 2:28 respectively), where the other version sticks to more conventional lines. And, secondly, it features the rising whistle line more prominently in the mix, strengthening its melodic linking effect. By contrast the ‘pop’ version tries to conjure momentum more by textural means, using a big drum fill and a blend of percussion swells, but I think that rings a bit hollow by comparison.

I like the soundtrack’s lower vocal level too, not because I’m as offended by Celine’s melodramatic vocal stylings as many of my colleagues, but simply because the backing track’s opulent sonics become easier to appreciate — check out the lashings of 20-40 Hz sub-bass, for instance, or the rhythmic 16th-note slapback-style pre-delay on the side-stick reverb from 1:41. That said, I do marginally prefer the verse harmonies in the pop version, which establish the major mode more firmly with Bb-Eb cadences, setting the repeated Bb-C#m interrupted cadences of the chorus in sharper relief. My favourite harmonic turn in the pop version, though, is another modulatory moment, where a chromatic rise in the bass line gives a fleeting Bb-G-C#m cadence in the middle of the second verse.

Hey, maybe someone could do a new version putting together the best harmonies of both? Actually, on second thoughts, two versions are already more than enough... Mike Senior