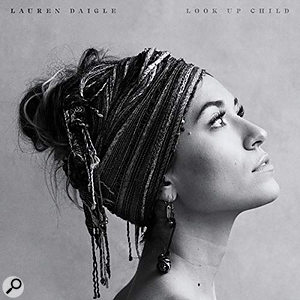 The charts recently seem to have been flogging I-V-vi-IV chord progressions to death, so it's a relief to hear Lauren Daigle mustering a little variation on the theme. Specifically, what's happening here is that the dominant chord, the second in the pattern, has been substituted with a minor mediant chord to give I-iii-vi-iV (F-Am-Dm-Bb in the son's key of F major), a progression with a slightly more melancholy atmosphere that seems well suited to the content of the lyric. This kind of chord substitution is handy for spicing up pretty much any harmonic progression, especially one that a melody's already been written over, because shifting a chord's root down a third effectively only changes one of the chord notes. Probably the simplest example involves substituting the second chord of a I-IV-V-I progression to give I-ii-V-I, as the move won't really affect any melody overlaid on it: even if the melody prominently features the subdominant chord's fifth, that melody note just becomes reinterpreted as an added seventh over the submediant chord.

When it comes to ballad chord progressions, though, the more notes remain unchanged from chord to chord, the easier it is to create a rich and sonorous backing texture with long sustain tails and delays/reverbs, without blurring chords into each other and weakening the harmonic momentum. So another thought-provoking aspect of this production is that swapping the mediant chord for the dominant adds a common tone between the progression's second and third chords. In other words, the root note of the mediant chord is the fifth note of the submediant chord, whereas the dominant and submediant share no tones at all. In a similar vein, the mediant chord shares two tones with its preceding tonic chord, whereas a dominant chord in that same position only shares one tone. It's often easy to think of chord progressions exclusively in terms of which notes change from chord to chord, but I suspect that most of us probably undervalue the importance of common tones between chords as a means of making harmonies feel comfortable and satisfying. Mike Senior 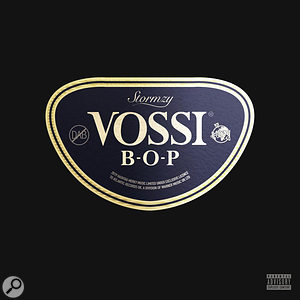 The bass line in this production is a curious creature, in that it seems to have been purposely designed to deliver very ambiguous pitch information. For a start, the notes are so low-register that the pitch is hard to perceive even if you're lucky enough to have a monitoring environment that'll do justice to the sub-30Hz fundamentals. In addition, each note has an appreciable pitch fall-off that further weakens the sense of pitch-centre. (If you're having trouble hearing these pitch glides on your system, double the audio's playback speed — they're much more apparent when everything's playing an octave higher!) Is there also a bit of oscillator detune muddying the waters? Whether there is or not, the combined effect of all these factors effectively destroys the bass line's traditional musical role (ie. as a root for the track's harmonies), so that it becomes more of a textural and rhythmic element in the mix, which is a bold move.

What I find most intriguing, though, is that it's perfectly possible to overlook how ambiguous the bass line is if you happen to be paying more attention to the spindly keyboard riff layered over the top of it. You see, the latter has such a strong G minor flavour that your ear naturally assumes (in the absence of unequivocally contradictory pitch information from the bass sound itself) that the bass is in tune with that. Which gives rise to another of those great 'have your cake and eat it' situations, where the keyboard part allows the bass to masquerade as a traditional harmonic underpinning, while the bass is actually working to subtly destabilise the solidity of the track's tonality as a whole. It's a cool effect.

I also like the way mutes are used to highlight certain particularly ear-catching lyrics. The bass drops out to draw attention to the intriguing line "rule number two" at 0:41, for instance, and I don't think it's any coincidence that the drums leave a gap at 0:50 under arguably the song's most sensationalist lyric: "Fuck Boris!" (a line that already seems to have spawned some outraged headlines!). The fact that the next time the drums drop out (at 1:11) happens to coincide with the very next F-bomb at 1:11 made me pause for thought. It wasn't that long ago that just saying "fuck" would draw plenty of attention without any further musical emphasis — cast your mind back to Alanis Morissette's "...and are you thinking of me when you fuck her", for instance. And yet, like Stormzy, I find myself musically underlining swear words while mixing almost as a matter of course these days, so clearly their raw power has declined from overuse. Never fear, though: I'm sure we can rely on our kids to up the ante in the swearing stakes soon enough, just so things don't get stale. Mike Senior 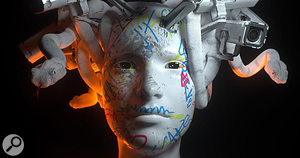 'Piece Of Your Heart'

There's some seriously meta record-production going on here at 0:39, when it sounds like the singer breaks out of character to discuss what kind of line to sing. What's so great about it as a stunt is that I'm sure many people hearing it for the first time on the radio will assume, from the informality of the spoken interjection, that the DJ has started talking over the track, at least until the voice returns to singing the riff a few moments later. And that kind of "did I really just hear that?!" moment is gold dust as far as grabbing the listener's attention is concerned. For this reason, I'm surprised we so seldom hear this sort of off-the-cuff speech — the last big example that comes to mind is that phone call in the middle of Taylor Swift's 'We Are Never Ever Getting Back Together', and that was back in 2012! Perhaps it's because there are so many rappers around these days that singers are forgetting about the simple shock value of switching into normal speech. And, come to think of it, when was the last time you heard a rapper momentarily break into song, but just for a few words, rather than as a repeating chorus hook? I could easily see that producing a similarly head-turning effect in the right hands.

When was the last time you heard a rapper momentarily break into song, but just for a few words, rather than as a repeating chorus hook?

Less impressive, to my ears, is the lyric intelligibility. Yes, I know there's a line 'keep it subliminal', but frankly, if that's the reason why the words are so difficult to decipher here I think it's a pretty limp excuse. Once again, it's down to that unholy trinity of poor performance diction, weak vocal mid-range tone, and insufficient automation to retrieve various smaller swallowed syllables. What are the two things the singer's asking to show in the first lines of verse one? I think the second one's heartache, but the first is still a mystery after repeated listening. And if he can put an 'H' on "heartache", why not also on the title line's "heart"? Or maybe I've got the wrong end of the stick, and he's actually a visual connoisseur requesting a private viewing of someone's latest canvas... Mike Senior 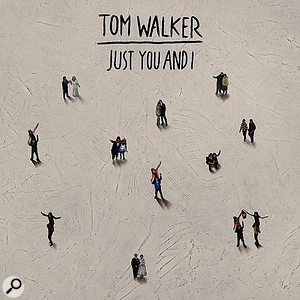 Talking of subliminal effects, this production has an absolute doozy! Listen to the hi-hat when it first arrives with the chorus at 0:36. It's sensitively programmed to have a nice, natural lilt. Otherwise there's apparently nothing particularly special about it, but once that chorus moves into the second verse, the hi-hat is subtly different. Closer inspection reveals that the slight swing it previously had has gone — it seems to be keeping completely rigid 16th notes. Then, you guessed it, the moment the chorus kicks in, the swing returns. This might seem like an insignificant detail, but it really does affect the groove in practice, such that the second chorus suddenly seems to move along more fluidly. Mike Senior

Tom Walker 'Just You And I': www.youtube.com/watch?v=fS0SyW980YI 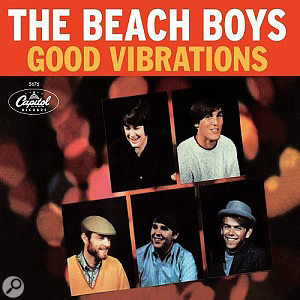 In many respects, this iconic record throws down a gauntlet that few modern productions manage to pick up. How many chart songs can you think of which use a one-drop verse groove with a heavily accented final eighth-note? Or which incorporate multiple tempo changes? Or start and end in different keys? Or even just launch into the first verse right from the get-go, or slowly fade out the lead vocals during a section (as at 2:39)? Plenty of artists have attempted to apply a Beach Boys veneer to the surface of their songs using contrapuntal vocal harmonies, quirky instrumental lineups, and abrupt arrangement transitions, but I can't help feeling that the potential of many of Brian Wilson's techniques here remains to be capitalised on.

You get several harmonic manoeuvres rarely now seen in the charts. For a start, the two verses (0:00 and 0:50) modulate from Eb minor into its relative major for their associated refrains (0:25 and 1:16). Look closer and you'll notice that the verses contrast their falling scalar chord progression (Ebm-Db-Cb-Bb), with their refrain's upwards scalar pattern of modulations (Gb-Ab-Bb), while the song's outro (from 2:57) oscillates between these two motions in its chain of modulations (Bb-Ab-Gb-Ab-Bb-Ab). It's rare enough to find a song that uses a step-wise modulation in any scenario other than the boy-band final-chorus cliché, let alone anything as structurally thoughtful as this.

'Good Vibrations' has had so much fulsome praise over the years that it can feel like heresy to suggest it's anything other than a paragon of virtue...

For all the manifest qualities of this record, it's important for students of production to remain critical — because 'Good Vibrations' has had so much fulsome praise over the years that it can feel like heresy to suggest it's anything other than a paragon of virtue. Take that second middle section (2:13-2:57). Any section in the middle of your song that sounds, frankly, like an outro is a hostage to fortune, so I wouldn't recommend any aspiring songwriter using that as a model. Yes, once you've got genuinely revolutionary sonics, a killer first-half verse/refrain, and an established worldwide fanbase, you can use that momentum to transform any old counter-intuitive flight of fancy into a hook. Honestly, if that second middle section had been replaced with a brisk bagpipe reel, it'd probably have been equally fêted by association.

Another case in point is the timing. While Wilson's tape edits work great as an arrangement device, they cause some rather ungainly hiccups in the rhythmic momentum. For instance, the edits before and after the second refrain make the section downbeats at 1:16 and 1:41 feel late, such that the groove stumbles; I prefer the way it sounds if you remove 30-40 ms directly before each of those. The downbeat at 2:14, on the other hand, feels like it's about 30ms too early. And it's not just editing artifacts either, because the bongos at 1:03 are way out of time with the bass, for instance. Of course, you could argue that these kinds of things are ear-catching in their own right, and therefore all to the good, but again, I wouldn't personally recommend following that lead if you're still cutting your teeth as a songwriter. Mike Senior