Brush up on your listening skills as we review some hit tracks from a producer’s perspective. 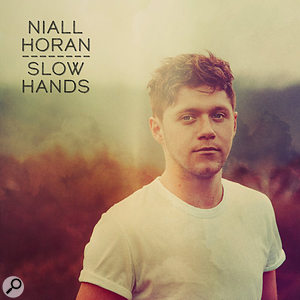 Here’s a vocal sound that’s far from textbook — in fact, it initially prompted me to double-check I wasn’t critiquing a faulty audio file! It’s quite an ambient presentation, but with what sounds like a gate on it. What’s so odd, though, is that the gating threshold appears to have been set deliberately a touch too high, such that it abruptly shuts down both the singer and the room reflections between words, and frequently shaves off important consonants. For example, the opening phrase “We should take this back to my place” becomes “-e should take -is back to -y -(f)lace”. While this is certainly ear-catching, it inevitably reduces lyrical intelligibility — but the crucial question is how much this matters.

Firstly, you could defend this as an application of the oft-quoted production maxim “it’s more important to sound new than sound good”, on the basis that if the effect’s novelty value intrigues listeners enough they’ll Google the lyrics if it bugs them. It’s telling that the song’s official video includes sporadic on-screen lyrics that (surprise, surprise!) just so happen to coincide with all the truncated words. Besides, the dropped consonants get scarcer as the production progresses, and are all but absent from the choruses too, so in a sense the compromised intelligibility of early lines could be viewed as a kind of ‘loss leader’ if it hooks more people into the rest of the song.

And secondly, it’s perfectly possible to work out what the dropped consonants should be if you’re paying attention, because humans are extremely adept at extracting meaning from fragmented speech — as any regular Skype user will know! What helps particularly in this case is that we don’t just identify consonants by their instantaneous spectral content, but also by the timbral transition to the following vowel. For example, it’s the vestige of this transition that makes “we” the only plausible interpretation of the first word of this song. The word “he” would be equally plausible here, but I think most people will instinctively hear “we” well before they eliminate that alternative based on the wider semantic context. Similarly, you don’t need to hear the “m” a few syllables later to eliminate the alternative interpretation “we should take it back to a dry place”. (Incidentally, this same principle underlies one of the secrets of level-automating more traditional lead vocals for maximum lyric transmission: an effective way of improving the perception of easily masked dull-sounding consonants like “l”, “n”, and “m” is to boost the moments of timbral transition either side of them.)

But even if these arguments hadn’t been enough for me to elevate this song’s vocal treatment into my ‘Canny Production Moves’ Hall Of Fame, then the blandness of Niall’s first televised live performance on the Ellen DeGeneres Show would definitely have swung it for me, because the gating effect adds a prosthetic vocal personality to the production that he sorely needs, in my view... Mike Senior 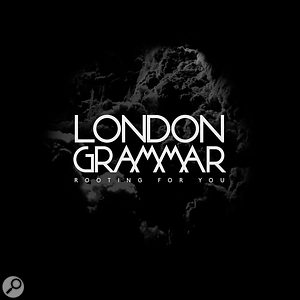 Don’t get me wrong, I can see where they were coming from. Few people would argue that Hannah Reid’s vocal performance wasn’t pivotal to the success of the band’s 2013 breakthrough hit ‘Strong’ — so why not simplify the backing track, shift more focus onto the lead singer, and thereby boost the commercial appeal even further?

The problem with this logic is that ‘Strong’ already felt stripped back to its bare essentials, with just enough interest in the fragmentary instrumental riffs, skeletal rhythmic groove, and arrangement dynamics to give momentum to the musical structure and support the singer’s inter-phrase melodic lulls and occasional emotional reticence. Whereas this new production’s backing track seems so leached of any meaningful musical content that I’d not be surprised if it had been whipped up in a spare half hour by a jobbing media composer for a documentary about the last of the Hebridean lighthouse keepers, or some similar exercise in widescreen listlessness. Yes, she’s a good singer, but I can’t help feeling that neither she nor the song muster sufficient star power to carry such an uncompromisingly Spartan production.

Leaving that to one side, you’ve got to admire the way the vocal production maintains its sense of ‘single-take’ authenticity, despite a tremendously controlled vocal presentation. Notice how the tuning is absolutely in the pocket, but never sounds meddled with. How every line is assured and solid, without the occasional natural tonal misfire or head-voice hesitancy that can be heard on her live performances. And how the breaths are all present and correct, but at the same time clearly recessed in the balance when you stop to consider how breathy the sung vocal tone is (likewise the sibilance). Her mix levels are also beautifully managed. Consider the lyric “and I need her tonight, because I’m scared of loneliness” at 2:27. I love the way the soft swell and aspirated ending of “-night” are right there under your nose, and yet when she opens up for “scared of loneliness” it doesn’t seem constrained, even though there must clearly be some serious level control occurring to maintain her mix position.

The only slight fly in the ointment is that I struggle to hear the words on several occasions, perhaps most of all at 1:31-1:46, which I’m still unable to fully decipher after repeated close scrutiny. Call me a stick-in-the-mud reactionary, but 100-percent lyric intelligibility seems like a basic requirement given such a vocal-led production. It’s not just a mix thing, either, because she already totally dominates the mix balance and there’s precious little going on in the backing track to mask her. She’s just not enunciating clearly enough, which fragments my understanding of what the song as a whole is supposed to mean. A shame, because it sounds like she does actually care about what she’s written. Mike Senior 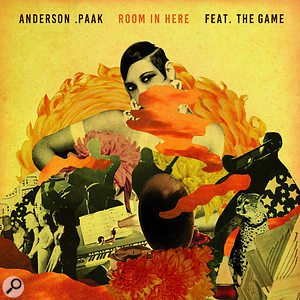 Occasionally, I get emails from readers who are worried about over-processing their main mix bus during mixdown, their worry being that it might tie the hands of the mastering engineer. While I can understand the desire to avoid aggro downstream, I also feel quite strongly that any master-bus processing which substantially affects the mix balance needs to be active during mixdown, otherwise the mix engineer simply can’t make properly informed processing decisions. And if this means that you lock in the sound of heavy compression, then so be it, as long as it’s serving the aesthetic goals of the production as a whole.

And this production is a case in point, because the bus compression on display here is pretty wild, yet I couldn’t imagine mixing the track without it. It feels absolutely appropriate, an integral sonic and atmospheric production component without which the vibe of the track would be substantially diminished. No way would I trust the mastering engineer to add this, because that’d leave me at mixdown all but guessing how the lurching of the compressor’s gain reduction might mess with my positioning of those cool-sounding lower-level backing vocals, say, or the wispy ride-cymbal tails that seem baked into the piano sample. Besides, it’s much easier to counteract the unwanted processing artifacts of heavy master-bus compressor when mixing, where all the individual channel settings are at your fingertips, than when mastering a mixed stereo file, or at best a few stems. Mike Senior 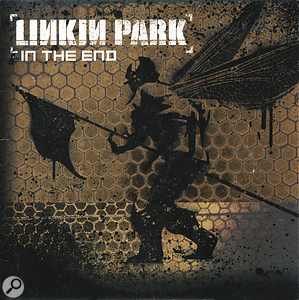 For the past 15 years, Linkin Park’s debut album has been a staple of my mix-reference collection — it contains what I consider some of renowned mix engineer Andy Wallace’s boldest and most exciting-sounding mainstream work. Returning to Hybrid Theory’s biggest single in the wake of singer Chester Bennington untimely death, it’s perhaps fitting that it’s the vocal production that impresses me most of all. Of course Bennington’s calling-card dynamic lift is worth the price of entry alone, building from the breathy fragility of the opening “it starts with one...” through to the raw power of that high chorus line, while his doubling of key phrases in Mike Shinoda’s rap is a killer production hook that remains underused to this day.

However, it’s the fastidiously detailed verses that bowl me over. There’s stutter-editing of consonants (“s-s-s” at 0:25 and “t-t-t” at 1:27) and vowels (“o-o-o” at 0:28); unpredictable switching between double-tracks that follow the lead rap rhythm (eg. “one thing” at 0:19) and others that lag by an eighth note (“all I know” at 0:27); ham-radio-style distorted noisiness on “clock ticks life away... so unreal” (0:35); and heavy digital aliasing on “below... right out the window... didn’t even know” (0:38). Not only is this textural hyperactivity ear-catching in its own right, but it also serves as a fantastic contrast to Bennington’s floating legato. Notice too the cool way the drums and bass briefly abandon their breakbeat stylings to accent the line “tried so hard” in verse two, a textbook example of using the backing track to heighten the impact of the lyrics.

As it turns out, the mixed a capella stem for this song has somehow found its way onto YouTube, and that reveals plenty of other effects nuances. Check out how the high-feedback delay spin on “mind” (0:24) slowly evolves into a subliminal pulsating atmospheric effect as it’s fed by “swings” (0:32), “unreal” (0:37) “window” (0:41), and “know” (0:43). The sheer level of Bennington’s quarter-note tempo delay may also be an eye-opener for newcomers to rock mixing, and comparing the a capella stem to the final mix demonstrates very clearly how easily that kind of effect sinks into a dense arrangement like this if you just roll off a touch of top end. I also suspect that a healthy dollop of distortion (and possibly a tightly edited ‘stage whisper’ double-track) are helping to enhance the singer’s own timbral overdrive too, even though it’s a lot less overt here than on, say, the band’s later single ‘Numb’.

The narrowness of the drums is also striking. Yes, you get panned hi-hat and percussion, but the snare and toms seem all but mono, even in the choruses — listen to the fill leading into the first chorus (0:54) to hear what I mean. As I see it, this narrow image lends the drums some of the hip-hop cachet of a sampled breakbeat, helping to stabilise the band’s rock/rap crossover, and it’s interesting in this respect that it’s only in the more contemplative, almost alt-rock middle section at 2:11-2:27 that the snare ambience ever really broadens out at all. Mike Senior