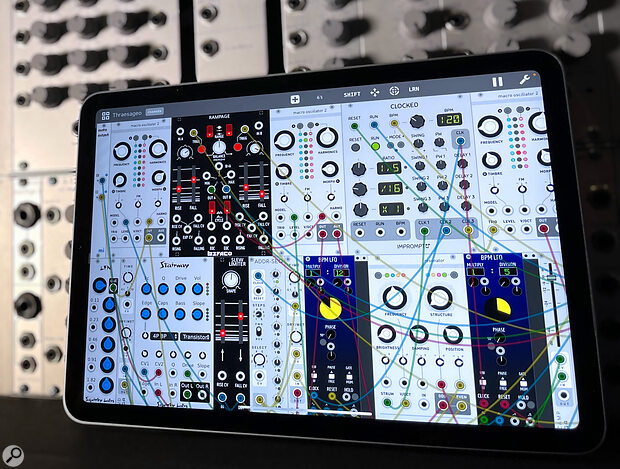 Is Apple’s new iPad Air the pick of the bunch?

Many years ago, when I lived in Cambridge, England, travelling on the A14 became a way of life. It was the road linking my home to Sound On Sound’s offices, affectionately known as SOS Towers, although each bus journey carried its own share of risk. The A14, as I found out, was one of the most dangerous roads in England and the most dangerous in Cambridgeshire.

More recently, however, another, more positive A14 came to my attention: the designation for the Apple Silicon powering the company’s new, fourth‑generation iPad Air, which was unveiled by Laura Legros, VP, Hardware Engineering, at an Apple event in September 2020. The A14 Bionic is arguably the most technically impressive piece of silicon to be featured in an iPad — even more so than the A12Z used in the current iPad Pro models, introduced in March 2020 — and a good portion of the presentation was used to extol its virtues.

Featuring two high‑performance cores — dubbed Firestorm — which have a maximum clock frequency of 2.99GHz, and four high‑efficiency cores — known as Icestorm — this six‑core design offers a 40 percent improvement in CPU performance over the A12 Bionic used in the previous iPad Air. For graphics, the A14 offers four cores that implement Apple’s latest graphics architecture, resulting in a 30 percent increase in graphics performance when compared with the A12. 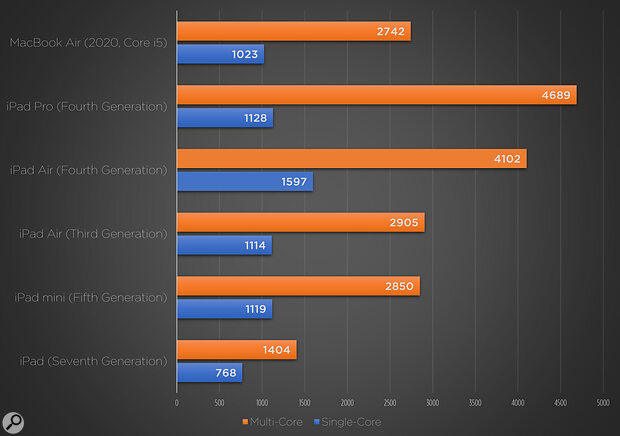 This graph of Geekbench results shows the new iPad Air’s A14 chip offering the best single‑core performance of any iPad, and its six‑core design coming close to the multicore power of the eight‑core A12Z used in the current iPad Pro. The Intel‑based MacBook Air is shown for good measure.

Turning to Geekbench for confirmation, the new iPad Air boasts single and multicore scores of 1597 and 4102 respectively (see graph) and plays back the demo project ‘Smear’ in Steinberg’s Cubasis 3.2 with roughly the same CPU footprint as a current iPad Pro. And while Apple never discuss this specification, Geekbench reports the new iPad Air’s A14 as having about 4GB memory, as opposed to the approximately 6GB offered by all current iPad Pro models. This means you won’t be able to run as many apps simultaneously or have access to the same resources for sample data, of course, but it’s far from a meagre amount by iOS standards.

However, the A14 doesn’t just provide conventional CPU and GPU cores, since, as with all Apple Silicon, there are numerous domain‑specific architectures and technologies to really make the chip sing. The most important of which is the Neural Engine, and the A14 includes a new 16‑core design capable of processing 11 trillion operations per second — more than twice the number possible in the previous 8‑core Neural Engine found on A12‑series chips. Of note is that the A14 incorporates powerful, second‑generation machine learning (ML) accelerators for matrix multiplication, although you don’t need a degree in linear algebra to appreciate this. Matrix multiplication is used heavily by both ML and DSP algorithms; so, with 10x faster ML computations, you can expect supporting music and audio apps to come alive on the new iPad Air. 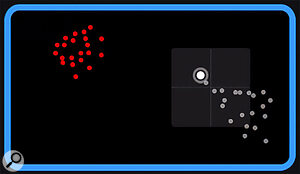 Algoriddim’s djay Pro AI uses the A14’s Neural Engine to offer Gesture Control. Here you can see two hands: the left, making a fist to select FX mode, with the right, using the index finger to control the chosen FX.As an example, Apple touted Algoriddim’s djay Pro AI during the presentation, with the company’s CEO, Karim Morsy, highlighting the new Gesture Controls feature available when the app is running on the latest iPad Air. Using the front‑facing camera in concert with the improved ML capabilities of the A14’s Neural Engine, it’s possible for the software to recognise hand gestures to control certain aspects of the software DJ’ing experience. It’s a bit like using the Leap Motion Controller, but without the need for an extra device.

The base iPad Air model is once again supplied with 64GB storage, and this should be considered an absolute bare minimum. You can get by with that amount of storage, but it will limit you in the size and quantity of apps that can be installed — and that’s before you even think about creating project‑related data of your own. This Wi‑Fi‑only model starts at £579$599, with the 256GB version priced at £729$749; cellular connectivity adds £130$130 to the cost of either.

Externally, the new iPad Air follows the iPad Pro’s design cues, employing straight edges and replacing the home button with a new top button to allow for an all‑screen aesthetic. The marginally larger 10.9‑inch Liquid Retina display now supports Apple Pencil 2, but lacks the ProMotion feature of the iPad Pro, which runs the screen at twice the normal 60Hz refresh rate. This is a luxurious feature, making the iPad Pro’s interface incredibly fluid, although most users probably won’t notice a big difference — even when using the Pencil with an app like StaffPad — especially if you haven’t used a ‘Pro’ model.

Perhaps the most significant hardware change in the new iPad Air is Apple’s decision to change the connector and interface used for charging and connecting external devices from Lightning to USB‑C.

Despite the removal of the home button, Apple decided not to add the necessary hardware to support Face ID for authentication, retaining Touch ID now implemented in the new top button. This is the smallest sensor Apple have used for such a purpose and, although its new location feels a little awkward at first, it seemed to work as expected — at least initially. Sadly, I can’t say much about this feature as, in the last few years, my fingers have gradually become unwilling to cooperate with Touch ID on any device and sensor after the initial scan and a few uses.

Perhaps the most significant hardware change in the new iPad Air is Apple’s decision to change the connector and interface used for charging and connecting external devices from Lightning to USB‑C. Despite any inconvenience you may have with existing accessories, this is a great move since it means you can now connect class‑compliant MIDI, audio, and storage devices directly to the iPad Air without the need of an additional dongle.

Another advantage is that this facilitates compatibility with the 11‑inch Magic Keyboard, introduced alongside last year’s iPad Pro update, which offers a pass‑through USB‑C power connector. At £299$299 it’s an expensive accessory, as I mentioned in the July 2020 issue, but it’s also really, really nice to have, especially now that more music and audio apps, like Steinberg Cubasis, are offering trackpad support.

The new iPad Air is essentially an iPad Pro in all but name. It lacks some of the high‑end features, such as ProMotion and 6GB memory, as well as the larger display and storage options. But, for the money, this is absolutely the best value iPad model currently available, even surpassing the current iPad Pro when it comes to machine learning.

If your budget doesn’t allow for the new iPad Air, Apple also announced a new eighth‑generation iPad model at the same event. Starting at £329$329 with just 32GB storage, this entry‑level iPad now sports an A12 Bionic chip, which offers a 40 percent improvement in CPU and twice the graphics performance compared with the A10 Fusion used in the seventh‑generation model, and, for the first time, brings a Neural Engine to this member of the iPad family. A second model with 128GB storage is available for £429$429, and cellular options cost £130$130 extra.

The new iPad Air brings Pro‑like features to Apple’s midrange model, complemented by next‑generation machine learning technologies, resulting in the perfect balance of price and performance in an iOS device.