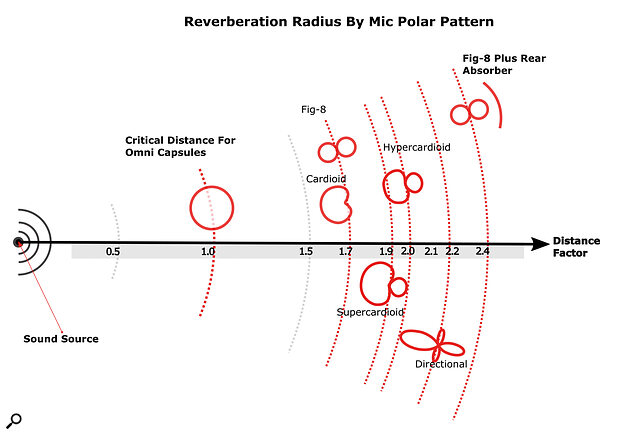 Reverberation radius by mic polar pattern: a shielded fig‑8 mic can be placed 2.4 times further from the source than an omni mic, and still pick up the same ratio of direct to ambient sound.

The creator of the Blumlein‑Pfanzagl‑Triple mic array describes its development, as well as its use at a recent Salzburg Festival event.

The Salzburg Festival of Classical Music is one of the biggest summer festivals in Europe, with more than 200 performances delivered over a period of roughly six weeks during July and August, to a total audience of around 250,000. It involves some unusual venues, one of which recently hosted a competition that required me to adopt a rather different approach to recording than engineers would typically choose to capture orchestral performances in a concert hall.

In this article I’ll describe the technique I used at this event, along with a little background on its development and why it worked so well here.

Objective Recordings In An Unusual Venue

The event in question was the Herbert von Karajan Young Conductor’s Award 2021. The use of spot mics was out of the question, since the aim wasn’t to deliver the most subjectively pleasing balance but, rather, an accurate rendition of the sound in the hall at the ears of the listener — and, more specifically, the ears of the competition’s ‘jury’, who were judging the performances conducted by these aspiring talents.

The particular acoustic situation at the Felsenreitschule venue complicated my decision‑making in two respects. First, having been carved out of the Mönchsberg rock, one of the two natural ‘hills’ which determine the characteristic look of downtown Salzburg, the stage area is surrounded by stone. While this makes it visually very appealing, it also means there’s quite a long natural reverberation — the last time I measured it suggests this is about 1.9 seconds at 1kHz, when unoccupied. Second, this venue has less in terms of reflective ceiling structures above the stage than is typical. In conventional venues these are very helpful in creating a balanced orchestral sound, because the reflections can compensate for or interact with the highly complex and frequency‑dependent radiation characteristics of acoustic instruments.

That second factor meant that to achieve a good balance of all the instrument groups within the orchestra, I would need to place the main microphone/array further back than usual — about 10 metres (11 yards) from the orchestra. And that posed a question: how could I achieve a healthy balance between the direct sound and the naturally long reverb when miking at such a distance? My answer was to use a unique mic, the Nevaton BPT, which has three capsules, stacked vertically, and each with switchable polar patterns. For this event, I ended up using all three in fig‑8 mode, effectively augmenting a Blumlein Pair with a fig‑8 centre mic, and I placed an acoustic shield behind it. 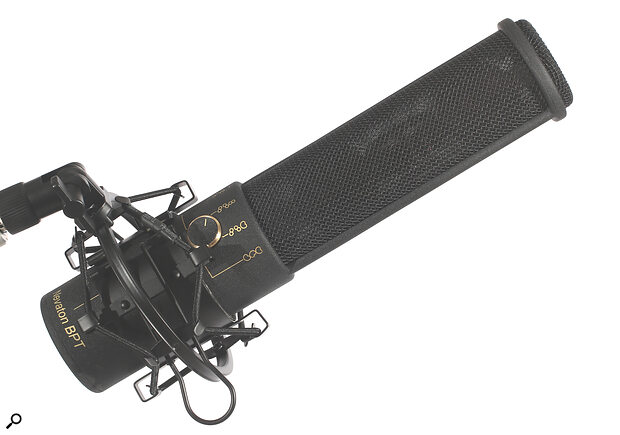 This may seem rather a radical decision for an orchestral recording, but it was based on a setup that my team have developed over several years for use in opera and concert recordings at our three main halls. Before the Felsenreitschule event, we tested the technique for the archival documentary recording of opera dress‑rehearsals at the Grosse Festspielhaus, a venue with 2200 seats and a stage‑front width of around 20m. Here, we positioned the BPT in the floor section, in the eighth row back, roughly 6.5m (20 feet) behind the conductor, and at this ‘best seat in the house’ position, the balance between the singers on stage and the orchestra in the pit was just perfect (assuming the conductor was doing a good job!). So we already knew it could work well, and just needed to establish the best placement in this different venue.

It’s perhaps helpful if I first explain how and why we arrived at this technique, and the advantages it can offer. For several years, we’d been making archival recordings (which occasionally resulted in a CD...