Secrets Of The Mix Engineers: Alessandro Marcantoni By Paul Tingen 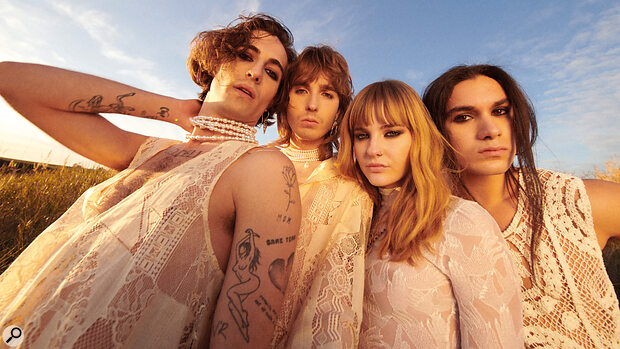 Italian band Måneskin were unlikely winners of the 2021 Eurovision Song Contest, but even that couldn’t prepare them for what came next. Mix engineer Alessandro Marcantoni tells the story of their viral single ‘Beggin’.

Måneskin broke through this year when the glam‑rock quartet surprised everybody by winning the Eurovision Song Contest with a rap/rock mashup called ‘Zitti E Buoni’. The song immediately went to number one on Spotify, and to the top of several hit parades in Europe. A second single released a few months later, ‘I Wanna Be Your Slave’, was also successful all over Europe, and was further propelled upwards by a later duet version with Iggy Pop.

So far, so normal — but then something strange happened, and it perfectly illustrates the random weirdness of the Internet, especially TikTok. A song that Måneskin recorded in a few hours in 2017, at the very start of their career, went viral on the social video sharing platform, thanks to a number of glow‑up and karaoke challenges.

‘Beggin’ promptly went to number one on the Spotify global chart, and started to climb the charts everywhere in Europe. Eventually it went to number one in nearly a dozen countries, reached number six in the UK and became the band’s first entry in the US charts.

By the middle of the summer, ‘Beggin’ had become the band’s biggest worldwide hit. From interviews it was clear that the band had mixed feelings about a cover song they recorded hastily at the start of their career superseding their self‑written and more expensively produced recent releases, and they refused to promote it. Yet at the time of writing, ‘Beggin’ was still flying high around the world.

Let’s look at what happened in 2017. Speaking from Metropolis Studios in Milan, engineer and mixer Alessandro Marcantoni has the full story. He spent only two days recording four tracks by an up‑and‑coming teenage band. According to Marcantoni, it all started with the band performing at X Factor Italia that year, eventually coming in second. 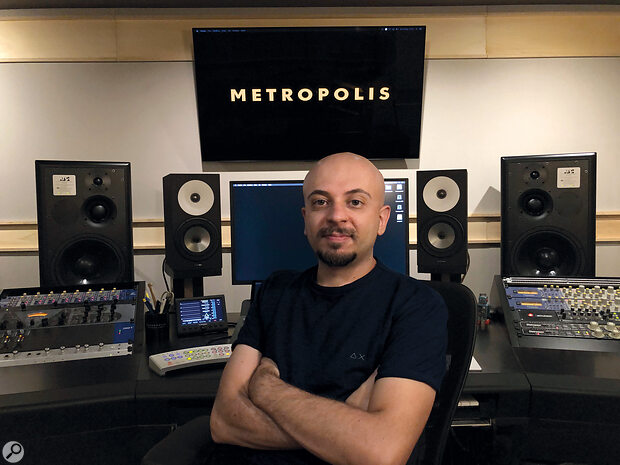 Alessandro Marcantoni at the current incarnation of Metropolis Studio, Milan.

“They performed two originals and several covers on X Factor, and Sony Music, which is a partner of the X Factor, each year selects some of the artists that appear to record an EP. Måneskin had already recorded their two original songs elsewhere, and then came to Metropolis to record four more covers, all of which appeared on their Chosen EP. Here at Metropolis we have recorded acts that appear on the X Factor for the first 13 seasons.”

The four covers that Måneskin had selected to record were songs by Black Eyed Peas (‘Let’s Get It Started’), the Killers (‘Somebody Told Me’), Ed Sheeran (‘You Need Me, I Don’t Need You’), and the Four Seasons (‘Beggin’). A fifth cover that appears on the Chosen EP, ‘Vengo Dalla Luna’, by Italian rapper Caparezza, was recorded and mixed by Marcantoni at Metropolis a month earlier. 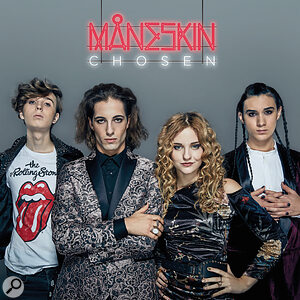 ‘Beggin’ was written by Bob Gaudio and Peggy Farina and became a minor hit in 1967 for the Four Seasons. It was remixed in 2007 by French DJ Pilooski, and his version reached number one on the UK Dance chart. That same year, Norwegian hip‑hop duo Madcon released a new version of the song, with added rap sections. It became a big hit all over the world, reaching number five in the UK and number one in a number of other European countries.

Exactly what prompted Måneskin to cover ‘Beggin’ is not known, but theirs is a high‑energy, uptempo funk‑rock version starting with an a cappella by singer Damiano David. His huge, raspy voice is the most defining characteristic of the song, while the musical arrangement is basic: just drums, bass, and a single guitar. According to Marcantoni, it was the same with the other four songs.

“They had just performed these cover songs at the X Factor, and they wanted to record them just like their performances, so very simple. I tried to do some production by getting them to add some instrumental overdubs, but they were not into that. They performed all songs live in the studio, and later overdubbed the vocal. While they all played together, we focused on one instrument during each take. So during these band takes we first tried to get the drums, and then the bass, and then the guitar. Damiano sang the vocals by himself, later on.”

Before elaborating on what went on at Metropolis in 2017, we need to go back further in time to set the scene with regards to the studio, and Marcantoni. Metropolis (no relation to the London studio of the same name) first opened its doors in 1990, with three recording spaces, and quickly became one of Italy’s leading studios. The studio has moved twice since then, each time reducing the amount of rooms as the demand for recording studios declined.

Metropolis’ second location had two studios, with a Yamaha DM2000 desk and Genelec and Dynaudio monitors in Studio 1. It was here that Marcantoni worked with Måneskin. Metropolis has since moved to...