Inside Track: MoneyBagg Yo ‘Wockesha’

Secrets Of The Mix Engineers: Ari Morris By Paul Tingen 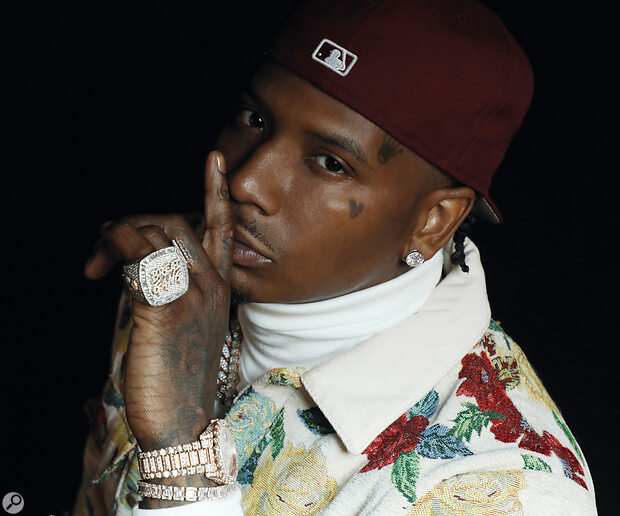 Hip‑hop and metal share more in common than you might think, as mixer Ari Morris confirmed when he worked on Moneybagg Yo’s hit album, A Gangsta’s Pain.

“I’m not a technical mixer. For me it’s all about feel and vibe. It’s all heart for me. There’s very little science involved in any of my process. This means that I have a hard time explaining what I’m doing, because I just kind of close my eyes, and go. It’s why I work a lot with rap music, because the beauty of rap music, and what drew me into it, is that it is all about vibe.

“Rap is not about things needing to be technically right. A 12 year old can make a beat at a high level, because it’s all about a feeling. And for me, the sledgehammer feel of an 808 is the same as the sledgehammer feel of a big, chunky, heavy metal guitar. At the same time, you have to make each rapper sound distinct and uniquely them, to their core, so that if you’re a fan, you’ll instantly recognise them and are going to love their music.” 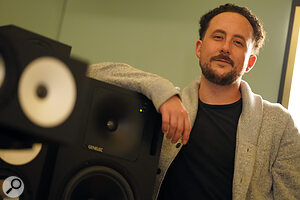 Ari Morris.Ari Morris may claim to have a hard time explaining what he does, but in just a few sentences he neatly summed up some of the principles at the heart of his process. Morris has put his vibe skills to good use with a range of rap artists, like Young Dolph, Future, Rod Wave, Royce da 5’9”, EST Gee, 42 Dugg and, most of all, Moneybagg Yo. His vocal engineering and mixing credits on Royce da 5’9”’s album The Allegory (2020) earned Morris his first Grammy Award nomination (for Rap Album Of The Year), and his ongoing mix work for Moneybagg Yo resulted in a US number‑one album, A Gangsta’s Pain (2020). The album spawned several big singles, including the platinum ‘Time Today’, and ‘Wockesha’, which reached number one on the Main R&B and Hip‑Hop chart and the US Urban Radio chart.

According to Morris, DeMario DeWayne White Jr, aka Moneybagg Yo, comes to him exactly because of their resonance over vibe, and the mixer’s capacity to make the rapper sound unique. “He knows that I’m going to care about every second of his music just as much as he does. From there it’s about the subtleties of how he likes his voice to be heard, and how he likes to hear music in general. He calls me because I understand the vision in his head, without the need to reference other things. One of the most beautiful things about working with an artist like Bagg, with such a strong sense of self, is that we never reference anyone else’s music.”

At this point it’s necessary to take a few steps back, and examine where Morris himself is coming from, both literally and figuratively, and explain how he arrived at his vibe‑over‑technology approach, his relationship with Moneybagg, hearing 808s like heavy metal guitars, and ended up in Memphis. Morris takes up the story.

“I’m originally from New Jersey, and I started played guitar when I was 10 or 11. Most of my teenage years were spent playing in bands, and it’s how I discovered recording. I started on the blue Tascam DP01 8‑track, which was all digital. My first foray into making money from music was recording people’s audition tapes for music schools with that machine! The hardcore punk movement was big in New Jersey, so I grew up as a metal head. I also was heavily into East Coast hip‑hop.

“I came down to Memphis on a whim. I went to study at the Rudy E Scheidt School of Music at the University of Memphis, and found the huge musical heritage in this city, going back historically to Stax Records, Sun Studios and Royal Studios, and moving forwards into hip‑hop and trap. I had been aware of the history, but not of everything that’s happening today. There’s a real music vibe here. Many people have innate, crazy artistic talents!

“While studying, I started working as an intern in studios in Memphis, and worked my way up. During that time I linked with a couple of artists who were coming up at that time in Memphis, like Young Dolph. I worked with him and his label Paper Route Empire for years. From there I linked up with Moneybagg, early in his career in 2016, and did a bunch of early projects with him that led to him signing with a major label.”

Ari Morris: I’ve always loved metal and rap, but when I came down here and really started experiencing the trap community, it felt very similar to the punk and hardcore community. It’s the same ethos, the same attitude...

Morris mentions engineer/mixer Malcolm Springer and in particular Nil Jones as his mentors. “Nil is very into soul, funk and hip‑hop, and known for the implementation of a live band within trap music. I sat behind him mixing for years, and I learned everything from him! I learned from him how to be in the studio, which is the first thing, and how to translate an artist’s vision into their record, rather than your own. It always has to be about the artist and what they’re looking for. I also worked in studios in Atlanta and LA, until about five years ago, when I settled into mixing in my own comfy studio place in Memphis.” 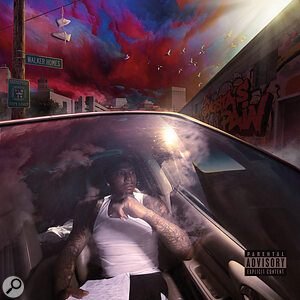 So, how did a self‑declared ‘metal head’ end up working predominantly in rap in general and trap in particular? “I’ve always loved metal and rap, but when I came down here and really started experiencing the trap community, it felt very similar to the punk and hardcore community. It’s the same ethos, the same attitude: ‘Fuck you, I’m going to do what I want to do.’ It’s that mentality. It is so raw. It also is a raw recording style. With the early trap records that I mixed, in my head it was heavy metal with 808s. It was like, how do I channel this raw aggression into this record?”

It was their mutual love of channelling raw aggression in recording that drew Moneybagg and Morris together in 2016, and that led the rapper and his label in 2019 to call Morris back in, after the rapper’s first two albums on Interscope were mixed by others. “I did engineering and mix work on some of his early mixtapes like ELO and All Gas No Brakes, and the 2 Federal mixtape with...