Inside Track: Steps ‘What The Future Holds’ Skip to main content

Inside Track: Steps ‘What The Future Holds’

Secrets Of The Mix Engineer: Pete Hofmann By Paul Tingen 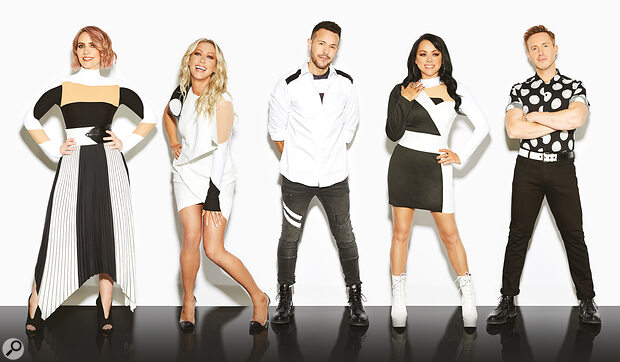 As if being in charge of the largest studio group in the world wasn’t enough, Miloco director Pete Hofmann also found time to mix the latest album from the UK’s biggest dance‑pop group, Steps.

“I wear lots of different hats,” explains Pete Hofmann. “I am one of the owners of Miloco, the largest studio group in the world. I’m Operations Director of the group and I oversee both the studios and the construction wing of the business Miloco Builds, and I suppose I have become the face of the business.

“At the same time, I also still try and carve out time to work as a mixer and I suppose ultimately stay relevant. I’ve been mixing for nearly 30 years, and for me mixing is my happy place. The few mixing projects that I do take on are for clients with whom I have worked a long time, and who I know and respect and who understand my other commitments. I do these things for the love of doing them, which is a lovely place to be. And I am very focused when I do music work.”

One wonders how Hofmann finds the time. The Miloco Group owns and/or does booking for a whopping 40 studios in London alone, and worldwide for studios in 47 locations. Hofmann’s parallel mixing career has also resulted in recent successes like mixing Will Young’s Lexicon (2019) and Steps’ What The Future Holds (released last November). Both albums went to number two in the UK. 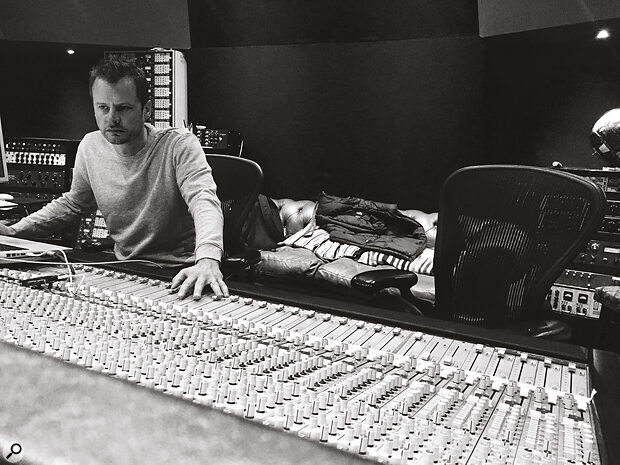 In addition to his mixing work, Pete Hofmann is Operations Director for the international Miloco Group of recording studios.

Via Skype from one of Miloco’s London studios, Hofmann explains that the Steps mix situation was unusual, for several reasons. “My relationship with Steps is quite different from that with other clients, and not only because I have mixed for them for 15 years. Almost the entire album was programmed and produced by Jewels & Stone, aka Julian Gingell and Barry Stone, and when I work with them I mix directly in their production sessions. They each have their own studio, with identical Logic setups, so we can open their huge sessions on either of their computers, and the tracks can remain fluid until the moment they are bounced.

“While producing, one of them will work on the vocals while the other will concentrate on the music, and they can swap files all the time. That’s how they work. They take it to the point where they are more or less finished, with sessions that are very dense, containing many tracks and tons of plug‑ins. Inevitably things are clipping and hitting a wall, but it sounds hugely exciting. So my job as a mixer is to analyse what makes it exciting, and take all the good bits, and correct any bits that could be more ‘correct’, all while referencing their aspiration as to how they want the mix to sound.

“I will always listen to what has been given to me as a mixer, to understand what is good, and what needs improving. I will continue to reference what they did, because what I do has to be a progression. It is about being respectful to what people have done, and helping them make it better. Julian and Barry are writing musicians and producers, and for them I guess I’m like a safe pair of hands. I make sure every detail is correct. I bring my technical know‑how of 30 years of experience in what is correct.”

One of my main mentors was Charles Gray, who was the producer of Siouxsie and the Banshees. He was probably the most technical and gifted engineer I have ever worked with, to this day. He was an absolute scientist, and gave me all my grounding.

Pete Hofmann’s 30 years of experience began at Milo Studios, also known as The Square, in East London, in 1989. The studio was founded in 1984 by Henry Crallan and Queen bassist John Deacon. “I started as an assistant engineer, and my first session was with the Charlatans, working on their Some Friendly debut album, which is still one of my favourite albums of all time. I was 19, and really into the whole Britpop movement, so it was an amazing experience.

“One of my main mentors was Charles Gray, who was the producer of Siouxsie and the Banshees. He was probably the most technical and gifted engineer I have ever worked with, to this day. He was an absolute scientist, and gave me all my grounding. Over the years I worked my way up to chief engineer at Milo, and I became one...