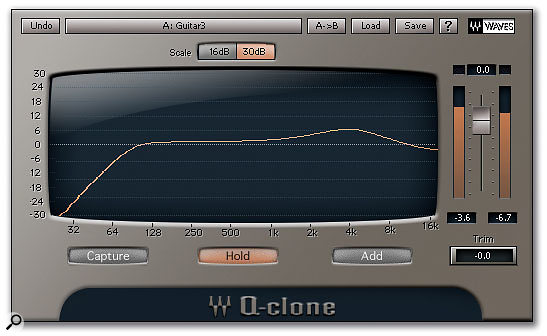 We bring you all the latest news from the Digidesign universe...

You might notice that from this month, the format of Sound On Sound 's Pro Tools coverage has changed. From now on, this column will be devoted to bringing you the latest news and updates on all things Pro Tools-related, and there'll be separate workshop features elsewhere in the magazine where we can talk technique in even more detail.

This month's news seems to fall into three obvious groups: modelling plug-ins, convolution reverbs, and education. On the first front, we say hello to new versions of existing plug-ins from Line 6 and IK Multimedia, and a new modelling plug-in from Waves.

Amp Farm 3.0 from Digidesign and Line 6 is claimed to provide a new level of realism and dramatically improved sonic power and flexibility, thanks to all-new cabinet models and the ability to select one of four virtual microphone setups to use with the cabinet of your choice. Compatible with Pro Tools 6.7 software on HD and Accel systems, Amp Farm 3.0 supports sample rates up to 192kHz.

The rival Amplitube 2.0 is a major upgrade to IK Multimedia's amp and speaker modelling plug-in. Amplitube boasts separate preamp, EQ, power amp and cabinet models which can be mixed and matched to craft your amp sound, and the new version includes no fewer than 30 effects, combining accurate models of boxes from the past with the latest high-end technology. Compressors, delays, pitch-shifters, octave dividers, modulation, reverbs, rotary speaker, fuzzboxes, overdrives, stereo image processors, limiters and many more are represented, and Amplitube 2.0 has two completely customisable six-stompbox pedalboards. This means that by simply switching a preset you will be able to completely repatch all of the stompboxes. The same is true for the rack effects, which are now offered in a two-chain configuration with four programmable effects each.

Waves' Q-Clone plug-in (shown above) models hardware equalisers in real time. It's a common problem: you have a classic outboard equaliser that sounds great, so you want to use it on several tracks — but you only have one device. What do you do? Until now, your only choice was to process and print each track separately, which meant you couldn't hear the entire mix until you were finished, and that any EQ changes were tedious and extremely time-consuming. With Waves' Q-Clone plug-in, you insert an outboard equaliser on a channel, adjust it to get the sound you want, then click a button to capture the sound of that equaliser with your chosen settings and replicate it in plug-in form, thus allowing you to use a single 'hardware' EQ on as many tracks you need.

In addition to capturing your own equalisers, Q-Clone comes with a library of presets captured from hardware equalisers. Users will be able to post their own captured processor characteristics on Waves' web site, just as you can with their IR-1 convolution reverberation plug-in.

Talking of which, the leading players in convolution reverb plug-ins for Pro Tools have both released new versions of their products. TL Space version 1.1 and the new TL Space on-line IR library are now available for download from Trillium Lane Labs' web site at www.tllabs.com to registered TL Space users. The TL Space on-line IR library features the first instalment of regular IR updates, a set of 24 new impulse responses in a selection of categories, including churches, concert halls, rooms, effects and vintage analogue reverb units. TL Space 1.1 is a free upgrade for all TL Space users, and is available for Pro Tools LE and TDM systems on Mac OS X and Windows XP. 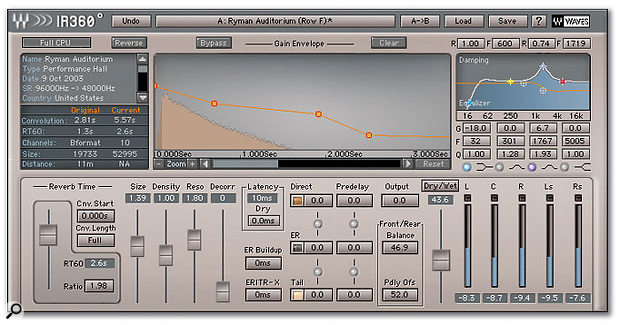 Meanwhile, Waves have expanded their IR convolution reverb plug-in series with three new or improved plug-ins. IR360 is for multi-channel surround sound. Initially available only in HTDM format, it offers surround sound capabilities by adding extra modules to IR-1. IR-1 itself has been upgraded to version 2 in both HTDM and Native versions, and now lets users capture their own samples. The new IR-L is an entry-level light version offering simpler controls which uses the same convolution engine and samples but with a more basic feature set, and is available in two versions: Native and HTDM.

Waves have also developed www.acoustics.net, a dedicated web site offering a newly expanded library of downloadable impulse response samples created by the company and submitted by users. IR360 and IR-1 version 2 now let users capture the sound of acoustic spaces and hardware devices by playing an included sweep signal into an acoustic space or through an outboard processor and recording the result. The software then lets users import the recording to create a custom impulse response that's ready to use.

In addition to the new releases, Waves is offering a set of IR libraries on DVD as well as surround versions for most sampled venues. Existing and old IR libraries are supported.

If that's not enough new plug-ins for you, Trillium Lane have also announced a new product called TL Drum Rehab, a tool for augmenting or replacing drum hits with samples whilst retaining the original dynamics, offering up to 16 levels of multisampling. TL Drum Rehab will ship with an extensive library on DVD, including samples from leading drum libraries, and additional drum samples will be available on-line from the Trillium Lane Labs web site. It's an RTAS-format plug-in for Pro Tools LE and Pro Tools HD systems on Macintosh OS X and Windows XP and is expected to ship in March 2005. 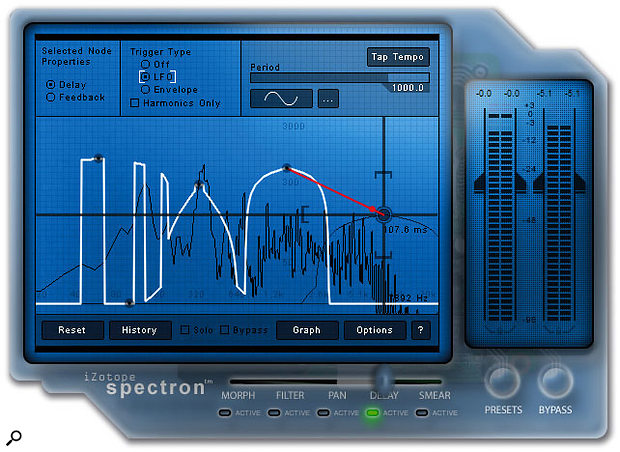 Spectron is a versatile spectral-based effect which separates incoming audio into thousands of frequency bands which can be processed individually.

Further plug-in action comes from iZotope, who have released all their plug-ins for Mac OS X in HTDM, RTAS and Audiosuite formats. The release includes the Ozone mastering suite, the Trash distortion, amp and cabinet simulator, and the intriguing Spectron. Spectron is a versatile spectral-based effect which separates incoming audio into thousands of frequency bands which can be processed individually through combinations of effects such as morphing, filtering panning, delay and feedback. Izotope also offer the free Vinyl record simulator, which makes input audio sound as if it was a record being played on a record player. It provides the user with control over parameters ranging from the amount of dust to the year the record player was created!

Finally, to Finalis from Elemental Audio. Designed as a mastering-quality limiter, the RTAS-format Finalis can be used anywhere audio levels need to be controlled and/or prevented from exceeding a limit, and is designed to be easy to use while still providing flexibility. It includes three different psychoacoustic limiting algorithms and introduces a new Crest Factor I/O Meter.