Tempted to invest in a Pro Tools rig but don't know where to begin? You need our handy guide to choosing a system.

With the launch of Pro Tools 8, there are probably more musicians than ever considering the purchase of their first Pro Tools system. I've spent many years helping users get to grips with Pro Tools, so this seemed like a good time to share the experience I've gained.

Buying A New System: The Computer

A Pro Tools system consists of three main components: the Pro Tools software, a Mac or PC computer, and additional Digidesign or M‑Audio hardware that handles audio and MIDI input and output (and mixing, in the case of HD systems).

Not just any old computer will do, and I cannot recommend too strongly that you follow the advice in the compatibility charts on the Digidesign web site. For Macs it is reasonably simple: as a rule, the current machines are approved, although there is often a time lag between a new Mac being released and Digidesign approving it. Occasionally, Apple launch machines that are more problematic, usually because of I/O issues. For instance, the new Macbooks don't have a Firewire port at all, so you can't connect external drives or Firewire interfaces like the M Box 2 Pro or 003 family. The new Mac Minis, iMacs and Mac Pros all now only offer Firewire 800 ports, so Firewire 800 to 400 adaptor leads will be needed for Firewire interfaces, which may delay the approval of these Macs.

PCs are more complicated, as there are many more possible hardware combinations out there, but whatever you do, don't be tempted to go for a cheaper machine or use cheaper components that aren't on the list. The Digidesign User Conference is full of folk who have tried and come unstuck, so don't risk it!

The latest and most powerful interface in the Pro Tools LE range is the 003 Rack+.

For a more affordable first system, you could consider buying a second‑hand interface. Good options are the 002 family, or if you don't want to get into the Firewire 400/800 minefield, the original M Box is still supported with the current software on a G5 or Intel Mac. I wouldn't suggest going 'further back', as other old hardware like the 001 and Mix systems has not been supported for several versions of the Pro Tools software.

Beyond that, your choice of interface must be guided by your needs and, most of all, by how many simultaneous input and output channels you require. The options in the home/project studio price range are summarised in the box at the end of this article. Don't neglect the M‑Audio line, which, in many cases offers more features for less money than the Digidesign hardware, and unlike the current Digidesign Pro Tools LE range, still includes PCI‑based interfaces. Note, though, that unlike the Digidesign interfaces, M‑Audio hardware doesn't come with Pro Tools software; you need to buy it separately. 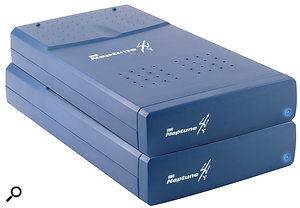 Additional hard drives are recommended for audio recording and sample storage. External Firewire drives have the advantage of being portable and usable with laptops.

It is possible to record to the system drive (C: or Macintosh HD) on your computer but, like other manufacturers, Digidesign don't recommend it, and there is much to be said for keeping your audio separate. This means adding a second hard drive. If you are going to be using large sample libraries, it is best to keep their data on a separate drive too.

To stay approved you need to use either another internally mounted PATA (IDE) or SATA drive, if your computer has the slots for them (most desktop tower machines do), or use external drives mounted in Firewire 400 or 800 cases. If you take the latter route, make sure the external drive has an Oxford chip set, as these are the only ones guaranteed to work reliably. It also must be a Firewire drive: USB 2 drives won't do. Although in theory USB 2 can pass data at up to 480Mbps (Firewire 400 can pass data at 400Mbps and Firewire 800 can pass data at 800Mbps), the USB interface needs much more involvement from the computer's processor to handle the data and so in reality doesn't perform as well. Try copying the same data to a USB 2 drive and a Firewire 400 drive and you will find the Firewire drive wins hands down! More importantly, Digidesign don't support USB drives for audio recording or playback. 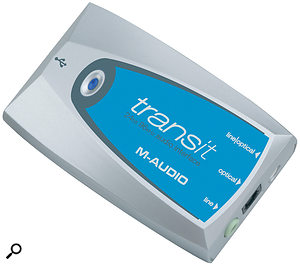 The M‑Audio range includes a large number of Pro Tools‑compatible audio interfaces, from the basic Transit to sophisticated multi‑channel devices such as the Project Mix I/O and ProFire 2626. 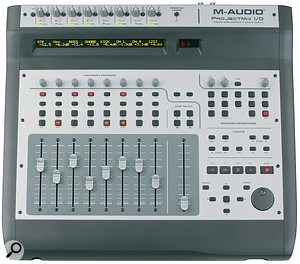 For maximum performance, any drive you want to use for Pro Tools should be at least a 7200rpm drive. That means the disks inside the drive are spinning at 7200rpm. Lower spin-speeds mean a lower data rate off the drive, translating into fewer tracks and edits before the drive is unable to keep up. The 7200rpm recommendation used to mean, in effect, 3.5‑inch drives with mains‑powered cases: 2.5‑inch drives can be powered via the Firewire cable ('bus powering') but most 3.5‑inch drives require too much power. Until recently, however, 2.5‑inch drives — usually used inside laptops — only span at 4200rpm or 5400rpm. However, it is now possible to get portable 2.5-inch drives that spin at 7200rpm.

The other option for external drives is the eSATA protocol. This looks very promising, with a number of folk using these drives very successfully, but unlike internal SATA drives, they aren't yet approved by Digidesign. 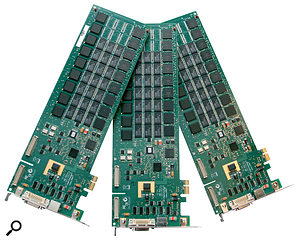 Above: The professional Pro Tools HD systems, which offload mixing and signal processing to dedicated DSP cards, offer huge potential I/O counts if you have the money and the PCI slots available!Whatever drive you end up with, the first thing you must do is to format it before you try to put any content onto it. Mac users can do this by using the Erase function of Apple's Disk Utility: all media drives attached to Mac‑based Pro Tools rigs must be formatted 'Mac OS Extended (Journaled)'. On a Windows PC, you should select My Computer from the Start menu, right‑click on the drive you want to format, and then use Format from the drop‑down menu. From Pro Tools v7.4, FAT32‑formatted drives are no longer supported on Windows‑based systems, so you should be sure to use NTFS instead.

There is no way you should run an Internet‑connected computer, especially a PC, without any virus protection software installed. However, there can be conflicts between anti-virus programs and Pro Tools, and they can cause performance to suffer. In the Mac world I use Intego's Virus Barrier and it has never caused me, or any of my clients, any trouble. On the Windows side the consensus out there seems to be to steer clear of the larger companies. Comments on the Digidesign User Conference say that they use more processor power than the leaner packages from companies like AVG and Kaspersky.

The other advice is not to surf anywhere your grandmother wouldn't go! If you do, you are asking to pick up all sorts of stuff. Finally, don't use software from dubious places: the use of cracked software, apart from being theft, will leave your system in a very fragile state. We may complain about software vendors leaving the beta testing to the users, but cracked software testing programmes don't exist at all!

This table shows all the current Digidesign and M-Audio interfaces that are compatible with Pro Tools LE and M-Powered software. It does not include legacy products that are still supported, such as the original M Box, or keyboards and DJ controllers.