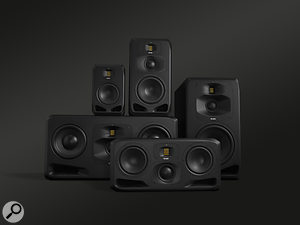 ADAM Audio have announced their 20 City Roadshow to be held during the months of March and April in leading studios around the USA to enable their customers to hear the S Series, their new third generation flagship range of nearfield, midfield and main studio monitors for audio recording and production professionals.

“It is very important to us that our customers are able to actually hear the difference that premium monitors like the S Series offer them, as opposed to us just describing them with a clever advertising slogan,” says Dave Hetrick,  ADAM Audio US President. “We have designed this U.S. roadshow to bring our products right to our customers’ ears in their own city, in an ideal studio listening environment, so they can hear the real difference for themselves.”

Kicking off in Dallas in early March, the ADAM Audio S Series Roadshow will be held in more than 25 locations in 20 different cities, at a number of world-class studios across the country, in cities such as Austin, New Yok, Los Angeles, San Francisco, Orlando, Chicago, Atlanta, Boston and many more.  ADAM Audio will also be conducting listening tests of their acclaimed A7X and A77X monitors. For more information on the cities included in the ADAM Audio Roadshow and to register to attend a demo near you, visit: http://www.adamaudio.us/roadshow2017/.

Check out our brief interview with ADAM CEO David Angress.

The Roadshow dates are as follows. Click the links to secure your place.