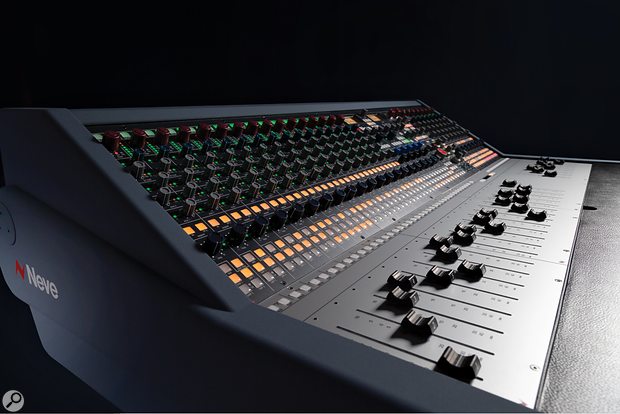 AMS Neve have just announced their most affordable console ever: the 8424. Designed for modern, hybrid DAW+outboard workflows, the 8424 is a four-bus, in-line desk with 24 input channel strips, two of which are equipped with 1073 preamps capable of accepting mic, line or instrument sources. Each fader can optionally be 'flipped' to control a DAW return for mixing, or for larger projects you can engage both the line input and DAW return simultaneously, for analogue control of 48 inputs (or 52 including its twin stereo effects returns).

Unlike the large-format consoles of old, and to keep costs down, channel processing is fairly minimal — but the four mix buses each have a two-band shelving EQ, as does the master bus, which further benefits from Neve's proprietary Stereo Width control. Every channel, group and the main bus has a switchable insert point for easy integration of outboard processors, and the centre section has two 500-series slots for master-bus processing.

The 8424 features two mono and two stereo sends per channel, listen and talkback facilities, and twin headphone outputs for artist and engineer monitoring (multiple speaker sets are also catered for).

Finally, the new console has a comprehensive snapshot system for saving and recall of every fader, switch and pot setting. 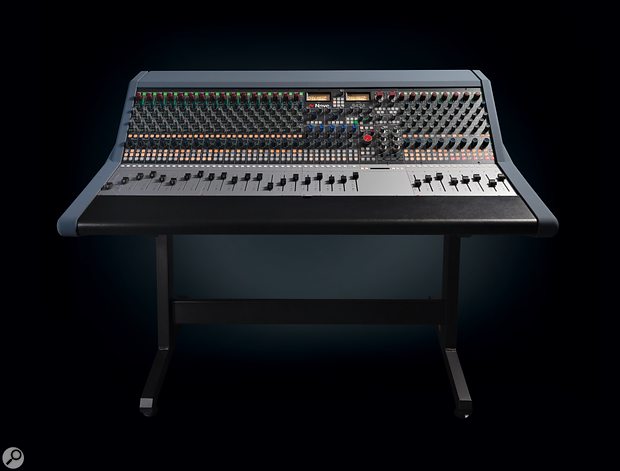